Brent: A Pictorial on Article Inspiration 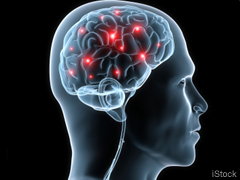 Blogging is part fun and part inspiration – but it’s also a lot of work.  People forget that.

Greetings and Nonsense, BoLS fans!  Brent here, on loan from Strictly Average to talk a bit of blogging.  More specifically, where can the inspiration for a blog post or article come from?

This is one I actually a question I receive a fair bit, as my output over the years here at Bell has been fairly consistent while the types of articles I write vary greatly.

Part of that is design; I have no interest in writing about the latest rumors or miniatures, or the latest tournament or list idea.  Not my bag, and others do it better.  No, inspiration comes from the same sources – the hobby, in all its myriad glory – but I try to look at what’s not being written out there.  Then take it as a challenge!

I have three ‘major’ articles on the burner right now, two reviews and one spotlight on a new company in the industry.  Those take planning and effort.  In between, I jot down ideas from what me or my friends are doing, then put my own take on it.

For that, it’s often easy just to look around the old game room.  Here’s where we get less wordy and more pictorial! Here’s a model I finished after about a decade of work.  I knocked out the figure okay, but beasties without fur can be tough.  I could set up an ‘Airbrush for Beginners’ article.  Alternatively, there’s a post here about this Chaos Lord’s ruleset in 6th Edition with the brand new CSM.  Beast and +3″ movement? Or I could talk boobs, as in, “Is it okay for younger hobbyists?”  Alternatively, the same subject could be written as the article:  ‘United States, Still Prudish?’

These ladies represent the evolution in offensive articles, a future followup to my Attempting Ethnic Diversity at 25mm article that offended some many people who were already prone to being offended.  Now, here’s to adding sexism in the next go around! I’ve been picking up miniatures from other companies lately, fully intending to use them in games of 40K.  I’m working on a Mantic Dwarven Allied Contingent (which would have gone much easier if the sales rep hadn’t forgotten me!  *sigh*), but I’m becoming a big fan of Reaper minis lately.  The site is linked here, but I stole borrowed the images from their site to show them off.  More on this below, but there are articles here, exploring topics like how well these models work in the Grim Dark Future… My ‘Top Tips’ series of articles has always done well, so I’m always looking at products and ideas to share with you, the Faithful Reader.  A clear flip top bottle, you say? …or a much better way of storing and using paints of all sorts? I poured a brand new bottle of paint into this container with equal parts water.  They tend to dry over time anyway, but the extra room in the bottle allows for me to check that.  And shake the heck out of the bottle.

Not really an article by itself… …but a tip.  (I think six or more are necessary for a new installment of the series – Part V here I come!)  Here, I’ve been saving old medication bottles.  (The older you get, the more of these you’ll have…)  As seen in the assorted females, above, a bit of tack gives you a better grip on miniatures.  Further, you can store bits in these, as needed. Here I’m thinking, ‘Trying to Keep Your Workspace Clean’ or something.  That’s not so great; it needs a twist of some sort, so on the backburner it goes.

They’re not all winners.  Sometimes it takes a bunch of ideas for one good one.  Even then, it won’t appeal to everyone. I hate the holiday season, but I love creative, cheap crap I can turn into terrain!  For the two cardboard skulls, I’ve given thought to turning them into converted Dropods – you know, something on the cheap.  We can all stand to save a bit here and there these days. Here’s a model I put together tonight, hopefully to finish before Feast of Blades Invitational.  He’s an Iron Priest for the Brotherhood.  There are two articles here; the first is on how I intend to use him to upgrade my Aegis Defense line and the second is *edited*. Frankly, the Horus Heresy books are much better than I thought they’d be; credit were due, the Black Library and GW have put an amazing effort toward this series.  It’s an easy place to draw inspiration.  For articles, why not a book review or two? Lastly, there is always fun, hobby-related activities with the kids!  Putting together and painting this model with my nephew (5-years old now, but he still paints better than you!) has been a great bonding experience.  He feels its just as good as all the other stuff he’s seen around my room!  It’s only a matter of time before he’s old enough I can have him crank out models for my army play a game of 40K with!

Not a bad deal.

So that’s that!  Here was basically an anti-article about article inspiration… hope Big Red doesn’t realize how little effort went into this week’s Terrible Tuesday effort!

Still and all, where do you get your inspiration?  On that note, what inspires you about the hobby, period?  Inspiration and motivation go hand in hand.

Okay, so below are the Reaper Minatures I’ve picked up, and how I intend to use them.  Is there a line of miniatures you’re using in your games lately?  If you’ve abandoned 40K entirely, feel free to drop a link into a game you enjoy. Note sure, but I want this miniature!  (It’s a disease…)