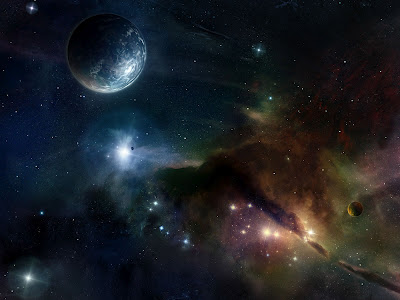 Wrapping up another week, we have rumors regarding a new tactical squad box, greater daemons, and a brief look into what is lying ahead of us into 2013.

Chaos has engulfed the universe in war. We sit on the edge of annihilation, but fear not, for with Faeit’s Tarot we shall seek out the penance for our sins, and seek our salvation through the angels of death.

Tactical Squads (Space Marine Codex)
I have been hearing of bits over time that new boxes will contain all the options listed in the codex entries. This is true not only for tactical squads, but future vehicle releases as well. So when Stickmonkey comes out with the contents of a tactical squad, it rings very true from bits and pieces I have heard from my own sources.

Here is what Stickmonkey had to say about the contents of a new SM Tactical Squad box set.
from Stickmonkey over on Warseer

What I understand is the tactical box is 3 sprues 10 marines. All options represented for a full tactical squad. So heavy weapons and special weapons represented. Sgt options represented, with the exception the combi-weapon is multipart, you can only build 1. No word on Sternguard options like special bolters and the like. Hands are molded with the weapons, but not arms, however some weapon/arm combos must go together. No chapter specific icons present.

Greater Daemons and Furies
There have been rumors circulating for a while now that Chaos Daemons and Daemons of Chaos (40k and Fantasy respectively), will be getting releases alongside each other. That makes perfect sense, and we have heard that January is very likely to see another update.

The biggest differences from I have been hearing and what a majority of the rumor mill is suggesting, is whether or not we will be getting a new codex (army book), or another White Dwarf insert. My sources have been saying it will be another White Dwarf update. So yes, I do not mind going against the grain a little. After all, I can only report on what I have heard, or dig up.

Expect Greater Daemons in plastic, a couple new chariots, a new daemon engine, and a couple new characters (well…characters which have never received models) Word is the Daemons update will not be a huge overhaul to the current book.

Furies. They have been redone, they are coming for Daemons, they look so much better than the current models. The question will be if their rules make them worth it. They are about Nid Gargoyle sized, maybe a bit larger. Bat wings. Much more daemonic heads with toothy maws in 2 parts like the horrors and bloodletters. Not the bat men of old. Dual kit with a new ground based daemon, much like the Vargheist/Crypt Horrors (which I’ve mentioned before).
There are a lot of questions winging my way about the GD. So to try to address those:
1. I don’t know for sure all 4 will be released at once or if they will be in waves.
2. I have conflicting rumors they are moved to the oval base and are roughly the size of the Beastmen Gorghon, vs staying on the 60mm round bases. Based on my personal eyes on on WIP before, they are bigger. The Greater Unclean One was not as big as the FW model, but its bigger than a dreadnought. My source says the Greast Unclean One is the best looking of the new models, that it is “absolutely rot, in a good way”.
3. The Blood Thirster should be slightly shorter than the dreadknight. stylewise it hasnt changed much.
4. The Keeper of Secrets is the most changed style wise. Does not go towards the FW model or retain the style of the current GW model. Still very slaaneshi
5. The Lord of Change AFAIK is the tallest of the models, not just due to the wings. Did not appear as hunched as before. Head options include a more fishy looking option.

Future Releases
There has been a lot of talk this week about Dark Angels being set for next April, instead of making it out for a 2012 release. We are literally running out of time for this year, so how much more can there really be? Truth be told, the Hobbit is right around the corner, and no one expects a new release for 40k or Fantasy in December.

So in reality it is a lot of speculation on when things are coming at this point. This list comes from a combination of Stickmonkey, Hastings, and some of my own sources.
Dec. Hobbit
January: Daemons
February: More Hobbit?
March: Warriors of Chaos Army Book
April: Dark Angels?
May: High Elves?
June: 40k Supplement
Summer: 40k Event


Make sure to check back here at Bell of Lost Souls often to find out the latest on what is coming, and then join the conversation over on Faeit 212.

The year is very much over, and looking ahead to 2013 is still vague and mostly unknown. Looking back, what are your feelings to how 2012 has played out?