40K: All About the Aegis Defense Line 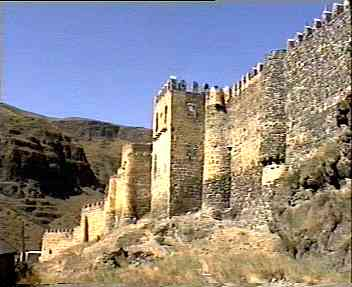 Hi everyone !! It’s your friendly neighborhood Black Blow Flow !! I’d like to talk about the ever popular Aegis Defense Line (ADL).

I think it is the most popular choice to come out of 6th edition so far. If you stop to think about it you see it featured in a lot of batreps on the Internet. I have used the ADL one time since I started playing 6th edition… It was very useful for that one game too but obviously in general it doesn’t suit my style. I have noticed a certain trend in losses that I think can be attributed directly to the ADL. Don’t take this the wrong way – I’m not implying that every loss suffered by an army featuring the ADL was due to its inclusion – it is far from that which I want to make clear right in the beginning.

Advantages
Here are what I perceive as the main advantages to taking the ADL:

• Cheap for the points
• Excellent cover save with a wide arc that can be enhanced using other attributes of the game such as going to ground and snap firing
• Some additional benefits such as the quad gun, Icarus lascannon and comms relay

Disadvantages
So now we come to the meat of the discussion and I’ll go into a lot of detail here. Let’s first go back in time and compare 5th edition to 4th edition – in my opinion 5th edition was much more fluid than 4th edition and encouraged the use of mobility to win on a consistent basis. 4th edition on the other hand was a lot like 6th edition is now in many ways as it favored static gun line armies with heavy infantry. An Example of a Winning Gun Line Army
My favorite 4th edition army was my Dark Angels – it featured all infantry (i.e., no vehicles whatsoever) and every infantry unit was primarily intended for shooting. I did have two Librarians in terminator armor, both with a terminator command squad (2x assault cannon per squad)… These were my counter assault units and their secondary role was to deal with dedicated enemy melee units that got through to my battle line, which they did very effectively. This was the tactical height of Dark Angels and I think they were one of the best ever shooty Space Marine armies – squads in power armor were intractable which meant they never had to take any leadership tests other than pinning due to losses from enemy shooting. Terminators (aka Deathwing) were stubborn which was even better. You could stand still (sometimes the entire game) and blaze away with all your guns never having to worry about failing any break checks due to enemy shooting.

On top of all this back in 4th edition the tactical squads were a brilliant top troop choice as you could take a five man squad with a lascannon and plasmagun (combat squads were not necessary). The current 5th edition requirement to field ten Marines per tactical squad in order to field a heavy weapon and special weapon was the demise of this unit – combat squads are not very effective for most Space Marine units plus it cuts down on the overall number of these ranged weapons you can field. Vanilla Space Marines as they stand now don’t have any really strong troop choices other than bike squads which are points heavy to field and suffer from enemy shooting. Compare a standard tactical Marine to a Grey Hunter or even a Blood Angels assault Marine – there really is no comparison.

Don’t take this the wrong way though – I’m not lamenting – I’m simply pointing out what I think are some key differences between editions and what I think works the best for each… To do so you should look at both the good and the bad for each edition. Why the Differences Between Editions Are So Important
So as I pointed out in many ways 6th edition seems to be a direct throwback to 4th edition on many levels. I think that 6th edition currently encourages players to design static armies that shoot a lot and this can be exploited by shrewd players. One good example that immediately comes to mind and features a big difference between 4th edition and 6th edition is victory points versus holding objectives. Static gun lines were highly effective in missions that featured victory points but not nearly as much for holding objectives.

I remember the first GW GT in Las Vegas to which I brought my 4th edition Dark Angels army. It turned out that the majority of the missions were based upon holding objectives or table quarters and I didn’t do so well – in fact it was my worst ever performance at any Grand Tournament I’ve attended. I intended to sit back and shoot my opponents’ armies off the table but had to play missions that required a lot of movement to win and as a result I suffered. I next took the exact same army to a GW GT in Chicago that featured mostly missions centered around victory points and finished on one of the top tables obliterating a Chaos Space Marine army in the last round.

6th edition in general is centered around holding objectives – in fact only one of the six missions in the rulebook feature kill points as the primary win condition and this is actually the main point of this article. As I pointed above citing the example of my sub optimal performance in Las Vegas with one of best ever armies, static gun lines have some serious issues winning these types of missions on a consistent basis… Believe it. Another Important Observation
As a TO for a large event I have recently witnessed games between some of the top players in the final rounds featuring primarily static gun line armies attempt to win solely by shooting enemy units off the objectives. It’s not a good game plan and a highly mobile army ended up winning first place. It might at first sound a bit ironic but in fact it was the most highly probable outcome. While a lot of people don’t like armies such as Necron flyer spam they are one of the most competitive armies for good reason.

The Role of Vehicles in General in 6th Edition
Vehicles have been deemed by many to be more of a setback now in 6th edition – they are now tagged as not nearly resilient now due to hull points plus they are much easier to hit in melee. I don’t think it’s true though and in fact vehicles in general now have been gifted with some major advantages over both 4th and 5th edition – say for example the ability to simply move a rhino flat-out in the shooting phase. So what if your enemy has a much easier time destroying an AV11 chassis… If the rhino can move a scoring unit onto an objective in many ways it has fulfilled its primary role. Conclusion
So this all comes back to the ADL… While it’s very enticing I think it most often creates an insurmountable deficit in these overly static types of armies as a whole that cannot be overcome through the sheer force of simply shooting as much as possible. I’ve beaten opponents many times simply because they held back a significant portion of their army so it could benefit from the cover save granted by a short wall – it was too late by the end of the game to better utilize their cowering units to grab objectives. As I so often like to say it is what it is.

So if you happen to be an intrepid soul then I encourage you to explore designing an army that doesn’t feature the seemingly ubitiqious Aegis Defense Line… You’ll be glad you did.