40K: Is the Rhino on the Endangered Species List? 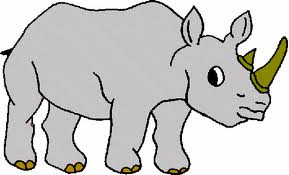 Is it just me or is Old Trusty on the table top going to become Old Dusty on the shelf this edition?
Reecius here from Frontline Gaming to discuss the game’s most common transport vehicle: the Rhino.

Yeah, I said it. The venerable Rhino just flat out sucks this edition. Please, please, please prove me wrong as I have a metric crap ton of them (and my Night Lords Rhinos all have Forgeworld doors, too!), but for the life of me I cannot justify the points for these stinkers. While any vehicle with offensive output or that is an assault vehicle either stayed at least as useful, arguably got better, the Rhino largely turned into a detriment to the unit that purchases it. It actually makes the unit in it worse than it was, in my experience.

A unit on foot can move and shoot to 24″, is cheaper without the transport, and doesn’t suffer the obnoxious downside of having any damage result on the vehicles transfer onto the unit. That is really the kicker. Becoming stunned or shaken if the vehicle suffered said result just sucks.

Not being able to assault if you had been in a transport is the nail in the coffin to me. It means any unit that is primarily combat based will at best be assaulting turn 3, that just isn’t acceptable in most situations.

I have tried finding a use for them as they are faster now, but that is seriously it. You can very quickly get a unit into position, and that can be situationally good, but still not worth the points the vehicle costs in my opinion. I’d again, rather have the unit on foot in most situations.

Mobile LoS blocking terrain is one of the only worthwhile uses I have found for them. Being able to block charge lanes, or using them for tank sniping (intentionally blocking your own LoS to only be able to see, and therefore target, certain models in a target unit) is also quite good, but again, is it worth the points investment? I don’t believe it is.

If you play against a lot of barrage or template weapons that can tear through infantry (such as Helldrakes, Flamers or Heavy Barrage weapons to name a few) the Rhino can be nice option to keep you safe for a turn or two, but that is such a situational need that to me, it doesn’t warrant investing in Rhinos for a take all comers list. If you find yourself regularly playing those types of lists, then I would reconsider of course. I find that building a list to fight a certain type of list is often a waste. Unless your local meta is very predictable, better to plan for the average than the outlier.

If the unit inside didn’t suffer stunned or shaken I could live with not being able to assault, but the two together means any transport that isn’t an assault vehicle and doesn’t have offensive capabilities is just terrible.

So far for me I have found that units on foot are just better off by a long shot against the widest variety of opponents. It saves you points that can be better spent on units that will always be useful.

If they’re working for you please share your knowledge!