40K LORE: Before Tigurius there was… This Dude 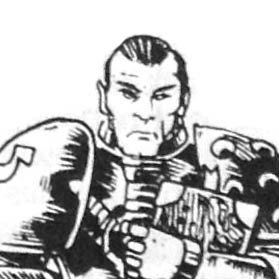 It was the year 1988 and inter-galactic-racial romance was on the rise – infiltrating even the mightly Ultramarines!

Luckily I have a very old collection….

Lets walk down memory lane my friends and look at some of the top ranking officers of that most holy of holies, the goody-two-shoes Ultramarines.  Read on my friends of their Chief-Librarian Illiyan Namaste, who stood side by side with Marneus Calgar before a giant Inquisitorial ret-con hook whisked him off the 40k stage and placed the properly Grimdark Tigurius in his stead. There’s a lot to like in that biography.  First off his parents – mother from BADAB!!! Father an Eldar (may even Dark Eldar)!!!!  Apparently Ultramar is a more enlightened tolerant culture than we had ever been led to believe.

More 40K lore coming in the days ahead.  I’ll leave you to work out how to best bring Nastase back to the tabletop in style.  Have at it.