40K: The Rise and Fall of the “Midrange List” 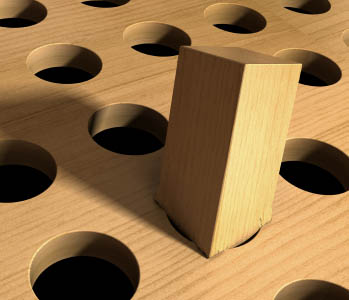 Conventional wisdom says an all comers list wins the day over the long haul. But times do change…

Hello all. I have been thinking about 6th a lot lately and some of the tournament trends that I have seen. I want to write about the general competitive concept of “midrange” lists and “rock, paper, scissor” lists. Some may point out that this has always been a consideration in the competitive 40K scene. I agree, however, I would like to argue in this article that the increase in viable competitive lists as well as wacky “one tricky pony” unit combinations currently, and will continue to a greater extent as more codex are released, invalidates the relevance of a “midrange” list. Just a friendly FYI: this article is written with the competitive mindset. This is not the only thing that is important about the W40K hobby, nor is it the most important. I just happen to run with a crowd that enjoys, and personally enjoy, this aspect of the hobby the most.

Let us first take a brief look of where we are currently and where we are going as far as competitive tournament list considerations are concerned. I think there are two points a good player considers: What my army must do to win the scenario AND what armies/units my opponent might bring to oppose me.

I think Reece Robbins does a good job of summarizing both of these points in an article he recently wrote about building a good Chaos list. While not the primary focus of his article this small bit below is a prime example of an experienced players’ approach to the two afor mentioned points.

So, here’s what I am driving at. In order to stay competitive in 6th ed, you need to be able to do the following things in a true take all comers list:

• Reliably score objectives. 5 of 6 missions are about taking objectives.

• Take on hordes. You need to be able to fight Horde Orks, Gant Farms and horde infantry lists. We’re seeing a lot of no-vehicle lists doing quite well and they’ve always been great spoiler armies.

• Take on heavy infantry. You also need a plan for dealing with Terminators, etc.

• Counter Flyers. Air Force armies are everywhere right now, plan for them or be run over by them.

• Counter Deathstars (yes, they still exist). Harliestar is still brutal, and Paladins, while diminished, are still a very real threat amongst some of the other crazy units out there.

• Take on heavy vehicles. Leman Russes and similar beastly tanks are back in a big way, and if all you’ve got are Auto Cannons and Plasma Guns, kiss your butt goodbye.”

That is a lot of stuff to think about and it seems to be getting larger with each passing tournament, FAQ, and new codex. In the past, the best way to approach handling all of these possibilities was the “midrange” list. A “midrange” list is best described as covering every possible threat that might be encountered and answering every possible mission requirement. The cost for building this list is generally a lack of specialization in any one area (movement, shooting, close combat, trick units, trick tactic) and a lack of specific hard counters to opposing
lists.

Here are a few core build around units that capture the essence of a midrange list in 5th edition and somewhat in 6th:

Let’s take a quick break and consider something I am NOT saying here: “These units are bad now.” Quite the contrary actually, these units are really, really, good still and I don’t see that changing for some time. Let’s not spam the post with trolling “Unit-power-arguments.” That is not the point of this article. We are keeping it general, remember?

So HERE is the big point I want to make: There are too many “things” (for lack of a better word) out there to make an effective “midrange” “take-all-comers” list under 6th. I would argue that those who stick to this standard will increasingly find their lists are not powerful enough in any one area to crush any particular list and will themselves be demolished by an increasing number of factors that they can no longer properly anticipate. Put another way, while the “midrange” list could easily cover all tournament eventualities under 5th, it is no longer broad enough to do this in 6th. Doing “everything” so-so just isn’t enough anymore.

“How then should we tackle list building?” you may ask. Unfortunately, you may not like my answer but, in short, you have to make your best guess at the most powerful list you can put together given all the data at your disposal and hope you don’t get unlucky enough to meet your hard counter.

I said two things there I want to expound upon: “given all the data at your disposal…” AND “the most powerful list…”

The “most powerful list”, as I have already addressed, will not be able to take on everything. So what should it do then: Absolutely crush certain other lists! Tailor the list to give you a strong advantage towards certain types of armies. The concept here is not that your list only smashes one list; it can be tailored to crush a few different types quite easily. It should just not be so broad as to try and tackle everything.

The second thing I said “given all the data at your disposal” will take a considerable commitment to the community and reading of blogs and tournament reports. In order to tailor your “most powerful list” to crush the right things you have to make an assessment of the armies that you will be statistically most likely to see in the next competitive tournament. Knowing this type of stuff requires getting involved and doing research. There are tons of cool sites, good webcasts, and enlightening forum posts. Read up and jump in the middle of the 40K community.

A great example of these two concepts can be taken from the most recent “Feast of Blades” tournament. Guess what list people have their eye on right now? Chaos Daemons! Hmm. Guess what might show up at the next tournament en mass.. HMMMM. (I don’t want to get into whether there is a viable solution to this list right now, so don’t waste your spam on this blog. 6th is still developing) Hypothetically, you would build a list that absolutely crushes Daemons and (insert most popular meta-list here). Sure you might get absolutely demolished by (insert rare “niche” list here… IDK Grot Spam??) but you will most likely not face this list and if you do well…. that just happens when you have a diverse and complex game and playing field. Sometimes you just get unlucky.

This concept is not new to competitive geek sports. I have been a Magic the Gathering player for a long time. Competitive MTG tournaments long ago entered into the realm where you should generally pick the battles against the decks that you expect to be in the majority and take your chances against the licks you will receive from the decks that hard counter you.

I think it is great that 40K is reaching a point where we can enjoy such a multi layered complexity to our tournament scene.  How about you?