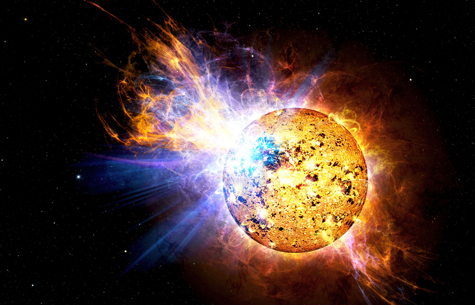 Eldar, Orks, and Dark Angels this week make the rumor headlines, with lists of what models to expect, rough expectations regarding release dates and forward progression, and of course some rules that are currently underway.

The caustic and ravenous currents of the warp have subsided. Relaxed a bit. In this rare moment we can peer into the currents of the future, to divine the eddy’s of the ether and discover what new threats and revelations we are to behold in our path of war and survival. Its time to tend to our wounds, re-arm, and tend to our weapons, for ahead……… There is only War.

Eldar
Eldar were in the news this week, showing us that perhaps indeed we will be seeing this codex later in the upcoming year. It would be an excellent release, as it would re-vitalize not only the rare to see on the tabletop Eldar, but Dark Eldar as well.

the translation of the next eldar codex has started (or so it seems)…
All plastic minis stay the same for the moment including jetbikes
Wraithguards will be plastic with a HtH option (swords)
A new Farseer model (finecast iirc)
a character for Dire Avengers, a new entry “something-seer”

Outside of that, we are looking the following models being released for eldar (which gives us the impression that Eldar are not too far off. These come from Stickmonkey here on BoLS.
Eldar Miniatures (alongside the codex)
Farseer
2 Aspect Characters
2 other characters (Either HQs or Unit Upgrade characters)
New Aspect (plastic)
Wraithguard (plastic)
New Eldar tank
New Eldar Bomber
Eldar Miniatures (outside the codex)
New Flyer
Guardian Jetbikes – Shining Spears combo-box
2 existing Aspects moved to plastic
Avatar (new model, bigger than a Dreadnought)
Warp Gate (Terrain kit)

Orks
After Eldar we see that Orks are once again in the rumor mill, even though that seems odd for a codex that is reputably so far off in the future. Regardless, when rumors hit, all we can do is take them down, and start to ponder the meaning of why such detailed release rumors are hitting of this codex. These also come from Stickmonkey here on Bols this week.

Ork Miniatures (alongside the codex)

Ork Miniatures (outside the codex)

Dark Angels
Where oh where are my Dark Angels. A song that keeps on singing, as the thought to be second codex of 6th edition keeps us guessing as to when it’s release will come. We are getting quite a few details of what it will look like regarding units, and of course some new rules.

There seems to be a theme going here. Units are divided into three separate groups, Deathwing, Ravenwing, and standard marine. All of which are going to be heavily loaded with Plasma weapons. It will be interesting to see how these score up against the mighty psycannon, but I am betting on Dark Angels for the win.

The release date is between 15 January and 15 February u.u Source: friend with an inner informer. This is the reason of so much information in this period.

Another word from the same little birdy as before: The plasma re-roll special rule that Azrael gets is also a “Chapter Tactic” that most characters (excluding named ones) can get, albeit for a points increase (not cheap either, apparently)

The rest of this weeks rumors were from the BoLS Lounge posted up by our gracious host Bigred, and come from Stickmonkey. This gets down to the meat of the codex with what Troop Choices will look like.

We already know that Deathwing will contain units from several different Foc slots, and that Deathwing Terminators do not need a specific leader to get make them troops. So Dark Angels are going to be a very flexible and varied army from player to player. Just what the doctor ordered.

Here is the rundown of what Stickmonkey was saying. The rest can be found on Bols Lounge with an excellent compilation of these rumors. I have added in some additional comments and clarifications that came after this rumor set first appeared.

TROOPS:
Deathwing Terminators – Same general layout as we have now, but with additional Plasma Cannon and Autocannon heavy weapon options.

Ravenwing Bike Squad – Up to ten bikers, for each 5 bikes, you may upgrade one to an Attack bike.  Attack bike gunner options are: HB, MM, HF, Twin-linked Plasmagun!. Squad can Combat Squad and has Teleport Homers.

Ravenclaw Air Superiority Fighter – Dual “Reaper Cannons” allowing Snap Shots on flyers. Can be replaced with 2x Missiles, or 2x Plasma Cannons.
The snapfire only applies to this rumored reaper cannon on the fighter when firing “full auto” as a Heavy 12 cannon to balance it.

Raven’s Claw is apparently a nickname or playtest name of the fighter, sounds like this is not the final name.

So next year is looking very much like Dark Angels, Eldar, and Orks. How many codices do you think GW can fit into 2013, and will Tau make it? 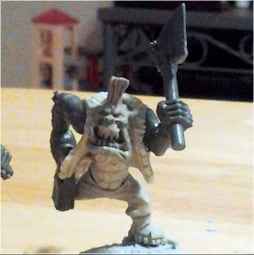