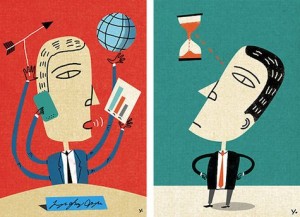 It all begins with a plan and the application of that plan in the face of resistance, and this is where we are going to start.
Take a moment and ask yourself what kind of Warhammer 40,000 (or any game for that matter)  player you are.
Are you an active player or a passive player?
Allow me to offer my definition of the two first…
A passive player is one that waits to see what happens. They set their models up on the table and don’t really have a direct plan to win the game; instead they react to what their opponent does. If a Land Raider moves out, they intercept; a unit goes down, they reinforce; an objective frees, up they take it. Passive players react to the army and player across from them, THEN the mission or tournament goals they are playing.
On the other hand, an active player knows what they are going to do – they have built their army to perform as an overall machine with each unit having a function creating form. Active players don’t care what they opponent does since their army will counter every move; and they are playing to the mission/tournament goals first and foremost and NEVER the other play or opposing army.
I want YOU to be an active player, so if you are more passive it’s time to throw that out the window and redefine yourself. If you are already naturally active, it’s time to refine that into a razor like edge.
Passive players are ultimately at a huge disadvantage simply because we can’t read minds yet – I’m working on that! I can attempt to understand what my opponent is doing based on the function of the units in their army and how they are moving and shooting, but can I ever really be sure?
AND, even if I am sure, by playing the game in this manner I am always one step behind.
For example: my opponent has a Land Raider full of terminators and it moves out heading towards an objective I’m holding with some warriors. We can pretty sure guess what it is going to do – let those terminators out, and assault with a sweeping advance. By being passive, even if I guess correctly I’m already one step behind since I allowed my opponent to move out the Land Raider. Being one step behind allows my opponent to dictate the game. Keep in mind we never really know what is happening or what the real plan is.
On the opposite side if I am an active player, my army moves out to accomplish the mission, forcing my opponent to react to ME with our Land Raider example, making sure they are a step behind, and can never really know what I am doing.
So far so good?
Mistakes are another important part of 40K, as games are lost based on who made the most mistakes in the game, and who had the worst dice. While it is true that sometimes the dice go against you, and they will be your downfall, over the course of a game it is mistakes on the table that make or break the win.
The goal here is to force your opponent to make mistakes, and when they make those mistakes and weaken the position of their army it only magnifies the power of your army. Mistakes are opportunities you can capture, turn, and punish your opponent with.
Examples of mistakes?
Moving the wrong unit at the wrong time, using a specialized unit for something it is not intended, etc.
As an active player your chance for mistakes has been sliced down to as small as possible. You know what each unit is going to be doing, and what course of action it is going to take. You have a plan for what to do if the unit wins in shooting or the assault, and what to do if it loses and get’s wiped out.
There is no hesitation on your part, no using a specific unit for a function it was not intended for since all your bases are covered…
A passive player is mistakes waiting to happen. Being one move behind, guessing and reacting to your opponent means you are forced to adapt to the unfolding game with units that might not be equipped to handle the changes. Worse yet, as the game unfolds and your mistakes compound the pressure will grow and become a self fulfilling prophecy. Things will start falling apart for you on the table more and more, making securing the “win” more difficult.
Becoming an active player means knowing the rules of your army first- what each unit can and can’t do, and then slotting those units into an army template and following how that template unfolds on the table- stick to the plan, and let the units of your army go to action as a whole- each has a job to do in winning the game!
A final word on being an active player, don’t become intimidated when facing a strongly skilled player or if you have lost to an opponent before and are having a rematch. Don’t get psyched out, every game is new and different, so don’t let past losses carry over into future games. Easier said than done of course, but it is very important none the less…

So what type of player are you – and who really does have the upper hand?