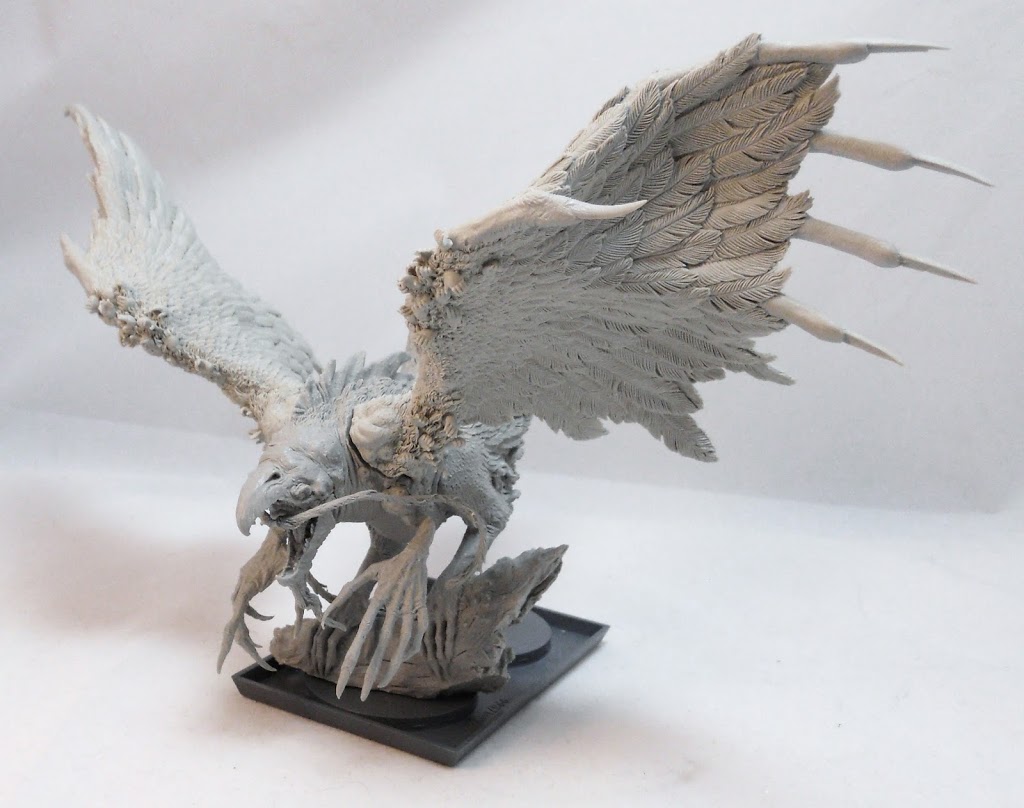 A few days ago you got an early chance to ogle the human elements in Kingdom Death.  But seeing how the game is called “Monster” after all, maybe it’s time I showed off the other half of the equation.

As before, these are resin prototypes, so I suspect the casting quality here will be a bit higher than the final plastics included in the game. Here are all the pieces of this delightful monstrosity.  That sprue on the bottom right is where I found the long flowing whiskers that go on the Phoenix’s second face.  But it also had a lot of little hands… hands that I still can’t find a place for… Oh well, only a fool says no to spare hands.

And here’s that second face I was just mentioning, tucked away inside of the mouth. And a side view of the head.  Everything looks pretty normal here.  A few extra eyes, some nice lumps and wrinkles, and a healthy set of teeth.  Just like any ordinary bird you’d see in the park on a sunny afternoon. The wings are amazing.  Each one is nearly seven inches long, incredibly detailed, and covered with more of those weird little hands. As we move onto the torso things start to get a little grosser – usually a good thing for the minis enthusiast. Advertisement
Moving onto the hindquarters, you’ll immediately notice how life-like the tree stump appears.  The wood grain and bark are so ni… oh my…
I believe the word for what I’m seeing is… cloaca? What exactly is happening in there? Is something trying to escape or is it churning out some offspring?  I guess they don’t call it nightmare horror for nothin’. And here are some delightfully creepy hands to help complete the tableau. I went ahead and assembled the big guy, although with minimal glue since I’m probably going to have to snap those wings off so I can paint them separately. I just love how different he is from any other monster I’ve ever seen.  The second face, the hands (big and small), the fingers and thumb on the wing – it all really makes this thing feel like something out of a nightmare – which is of course the point.  And while the Wet Nurse reminded me very much of something by the artist H.R. Giger, I’m getting a vibe of someone older from this beast.  While I can’t think of any specific comparisons, the Phoenix conjures a sense of fevered delirium the likes of which I’ve only felt from the works of 15th century artist Hieronymus Bosch. At any rate, get ready to view him from a bunch of different angles. And finally here’s a cross-system size comparison.  Hopefully anyone visiting this site will have a good frame of reference for at least one of these two games.  But if not, I’ll fill you in: the Phoenix is pretty honking huge. Our other creature du jour is the enigmatic Watcher.  This wraith-like entity is all cape and lanterns. Here’s a close-up of the back so you can get a closer look at those lanterns and the exquisite cloth detail. More lanterns.  These will actually be suspended inside the Wratih’s hollow body. And if those aren’t enough dangly bits for you, there are a few other face-scarf bits to be added as well as some vine-like streamers. I didn’t actually assemble the Watcher all the way, since like the Phoenix I know I’m going to be painting him in pieces.  Since I’ve only left off all the little bits, this should still give you a good idea of his form, and his size. And here’s one more shot of his back just in case you needed it.
~ I couldn’t be more stoked to have gotten my hands on these amazing sculpts so early.  The detail and quality is on exactly the level I’ve come to expect from Kingdom Death.  Even if the final plastics don’t quite equal this level of detail, it’s hard to go wrong when you start with something this cool.  But now it’s time for you guys to sound off.  What do you think of these wonderful monsters?

Author: Ben Williams
Ben Willimans is a Professional Painter and Columnist at Bell of Lost Souls. He has been involved in the hobby and art side of miniatures and the tabletop gaming industry for over 20 years. He has won multiple national painting awards.
Advertisement
Kingdom Death Miniatures
Advertisement 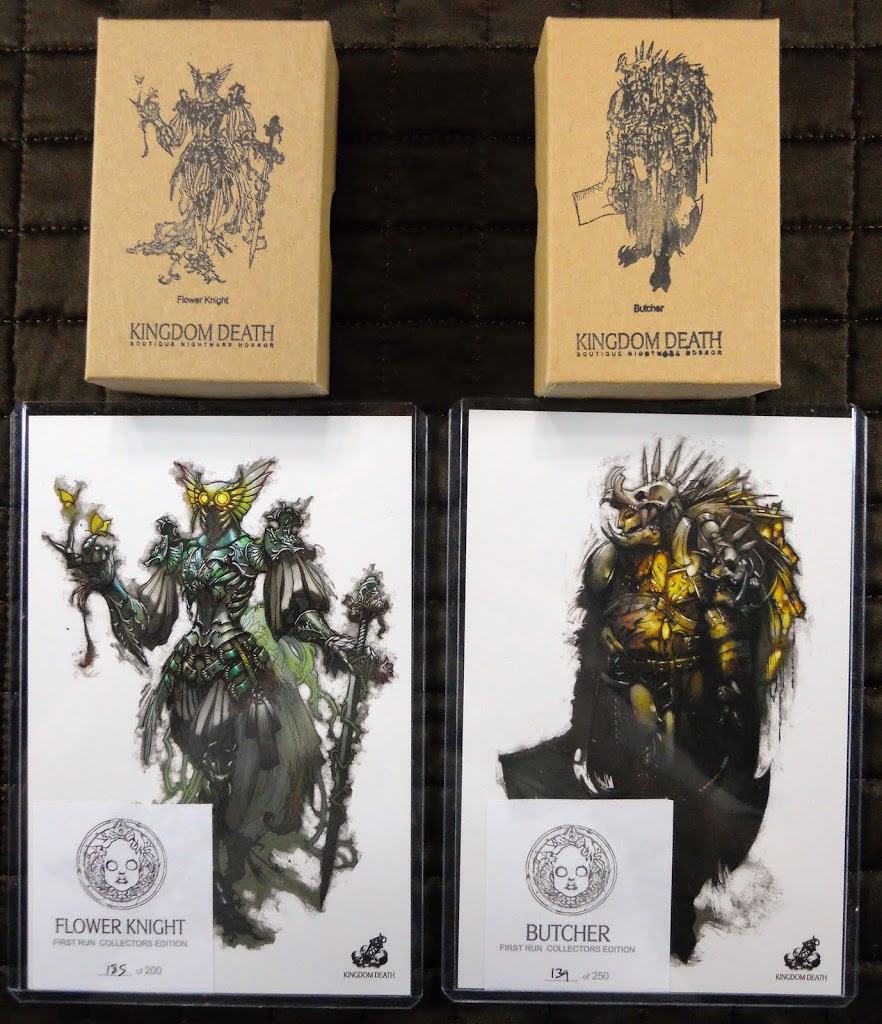