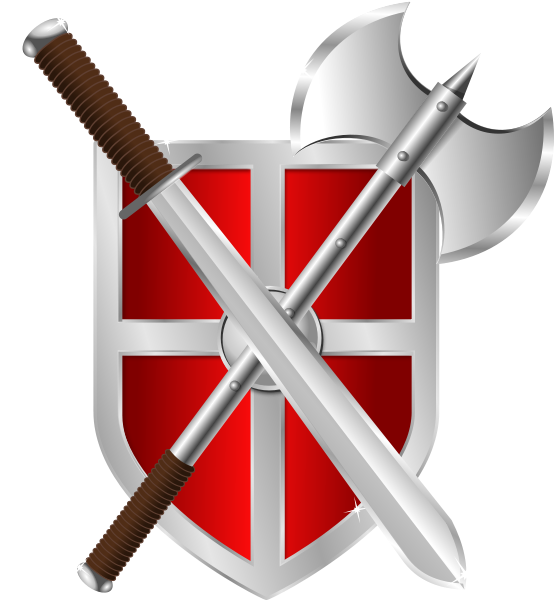 FRITZ herewith the first in an ambitious TEN part series on some of the fundamentals in playing Warhammer 40,000. Today – understanding assaults.

As a long time player who tries his best to share the hobby and offer some alternative tactical insights I wanted to share some of the basics of 40K- basics that all the vets and longtime players know through experience, but new players are still in the process of learning. 40K fundamentals that a new player can read, understand, and bring to the club or gaming store next week and start using right away to win. Let’s get started with Part I- Understanding the assault  in 40K… One of the thrills in playing my Red Templars is the thrill of the assault- in a game world of terrifying weapons, technology, and aliens, it is still most satisfying to settle things in the old ways- up close and personal with the sword. Visually it captures my imagination as my land raider rumbles across the table laying down las cannon and heavy bolter shots before coming to a stop and disembarking the terminators inside, who then crash into the enemy ranks delivering the judgment of the Emperor…

So you share my vision and have been thinking about running an assault themed army, or perhaps wondering how to get the most out of your close combat dedicated unit.
How do you do that in a game system that favors shooting over assaulting?
That’s what we are going to look at in this section of the guide…
The first thing is to understand the reality of the assault and close combat in the Warhammer 40,000 game system. Sure the rules allow it, perhaps even encourage it with some special abilities like rage, rending, and feel no pain, and then of course the visuals and art of the game glorify it.
But trying to pull it off through a blind charge just won’t work, and to make matters worse, often assault based units are VERY expensive (Eldar Harlequins anybody) so you are going to be dealing with the double threat of playing an elite (small) based army against some very large shooting based armies that the game encourages. Then, building on that for good measure we take a big group of scouts and infiltrate them ahead also- your opponent will have to deal with them right away, and while Shrike and the assault marines will cause some damage, their real threat is the fact that your opponent will have to deal with them first and right away, thus allowing your Land Raider to get across the table and deliver those terminators.
Diversion units can be terrifying assault units in their own right, but they don’t have to be – look and consider what tools you have in your codex and model collection to get the job done.
Tyranids for the xeno side of the coin and another example…
I’ve got Swarmlord on the table and I want to get him into the thick of things cutting down Space Marines with his bone swords. Tyranids can’t take vehicles so I need some way to get him there FAST and protect him from shooting at the same time – we roll on the psychic chart for Gate of Infinity while stacking three Tyrant Guard to protect him. I also need a diversion unit, which could be two big groups of twenty Genestealers that infiltrate ahead (in cover) to threaten my opponent, OR two big groups of Raveners which can move very fast, being beasts.
Feeling a little more confident about using assault based units or building your dream Blood Angels 5th company assault marine list?
We have one more issue to consider to pull everything together…
To successfully run an assault based army you want to pull the opposing units towards you on the table, and not just move across it even if you are protected and all layered up. You want to draw opposing units out where they are further weakened and exposed so you can crush them in support.
We do this through objective placement…
In objective based missions (of which the standard 6th edition rules and NOVA format tournaments are heavy with) you want to place the ones you can control out in the open and at the half way portion of the table- midfield. You then want to place your assault unit, or an assault unit in range to be able to move in one hop to reach this objective- projecting that assault threat bubble out to it…and wait…
As an objective your opponent will have to move across the table to capture it with a scoring unit- a unit that you can strip support away from with other units of your own, and then when it moves on the objective- you pounce and attack. Setting things up like this is key- HOW can you bait your opponent to be in range of your assault units.
I’ll leave you with this example from a 40K doubles list that Jawaballs (my 40K bud) and myself regularly use for team tournaments- Jawa representing the Blood Angels, and Fritz rocking the Eldar. We look at the terrain on the table and place an objective within 16” of a good defensible position- usually a building or ruins where Jawaballs parks his Vindicator and a tactical squad, and I hide out with a group of Harlequins.

The Vindicator benefits from a cover save and the AV 13 front, blasting away at anything that approaches the objective- which is out in the open so no terrain cover saves, followed by the tactical squad in support.
When an opposing unit moves to take it, the Vindi blasts away, followed by the Harlequins pouncing (who ignore terrain in the building or ruins thanks to the flip belts) assaulting and wiping out any unit on there, followed by the tactical squad then moving up to claim the objective end of game…
Upcoming fundamentals articles are going to look at deployment, holding objectives, and how to maximize the shooting phase among other things…

Comments, feedback, or flames? Send them my WAY.