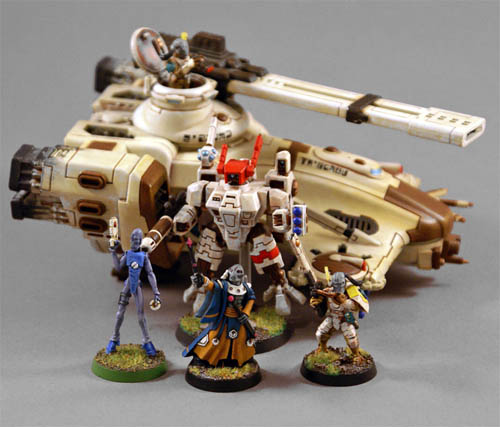 Another day and another truckload of blue fishmen rumors.  Here’s the latest set of whispered rules.

Ethereals: These now grant army wide special rules and bubble rules, but there are different options. They function roughly much like those recent Dark Angels banners. So one option might be army wide Ld rerolls while in play, plus units in 12″ are fearless. Another option might be one unit in army gets salvo once per turn, and all units in 12″ get rerolls to hit.
Kroot: Everyone’s favorite birdmen get Scout, Furious Charge, Move thru Cover. Kroot Hounds and Kroot hawks! Shaper can unlock additional unit upgrades.

“Sneaky Kroot”: Look for an ELITES Kroot unit that can hide in terrain like Ymgarl Genestealers.

Knarloc: The new big beasty model, very similar to the Forgeworld Great Knarloc (see below). Monstrous Creature, with a trample attack allowing it to run 3d6″ and cause 2d6 S6 AP6 wounds to any unit it crosses. It may additionally use this special move to charge a unit, gains +2A and the assault-grenades ability when charging in this manner. Tau Flyer Transport: 13 13 12 armor, holds a full Fire Warrior or Crisis Suit squad, or single Uber-suit. Not a lot of weapons, but HP:3, and has a save from wargear that can be taken. Deep strike. Rules-wise is focused on getting units reliably to a location.

The Uber-suit: So many options currently it’s hard to keep them straight. It’s a mobile weapon platform, with rail guns as it’s main weapon system, – which can be upgraded to a plasma weapon system or ion cannons. Classified as monstrous creature. 2+/4++ save. It can forgo shooting and movement to gain 2++ save. The Uber can move as jump infantry if it does not shoot it’s main weapons. VERY HIGH toughness, no existing weapon can instant death it. Although it can smash if it has to, it is not designed as a close combat unit at all. Cost is comparable to a Terminator squad. It can take drone support.

FOC: Some specific HQs move Crisis Suits to troops. One moves two Kroot units to troops.
Subscribe to our newsletter!
Get Tabletop, RPG & Pop Culture news delivered directly to your inbox.
By subscribing you agree to our Terms of Use and Privacy Policy.

Psykers-defense: All Tau have some base immunity to psychic powers, and thus any Tau unit can deny the witch, with the suits gaining an  improvement to this roll.

Full Tau Rumor Roundup
There’s even more…
~I’m already putting my third Skyray together.  Have at it folks.

Author: Larry Vela
Dad, Gamer, Publisher, Pilot, Texan. All games all the time since junior-high. I started BoLS Interactive in 2006. I’m a lifelong tabletop & RPG gaming enthusiast, and internet publisher working to entertain and inform my readers every day. I've been playing RPGs and Tabletop Games since the 1970s. I'm been playing and covering Warhammer and Warhammer 40K for over 35 years.
Advertisement
Rules T'au Empire Tabletop News Warhammer 40k
Advertisement 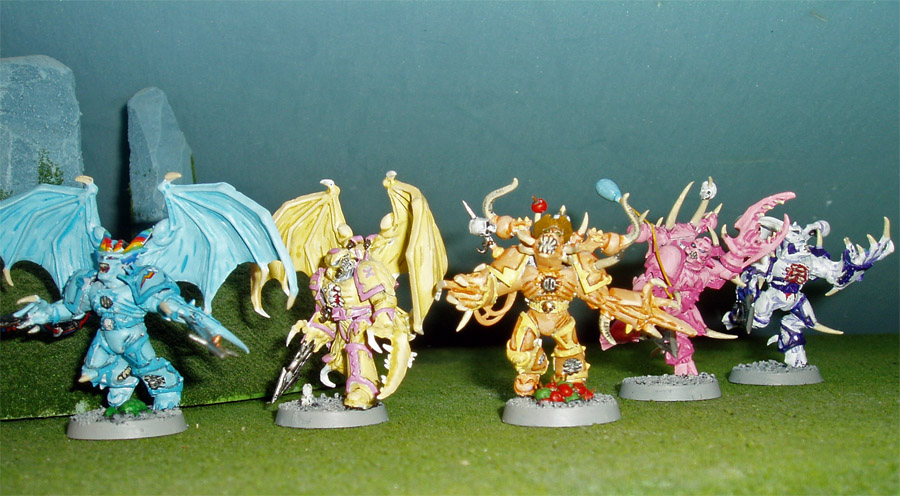