Brent: Wargaming Inside Baseball (or How the Indy Events Embraced Change) 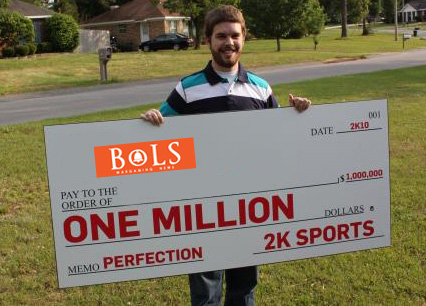 Big Red was basically discussing GW’s departure from the tournament scene and its ramifications.  Want to know an Inside Baseball secret?  They took prize support with them… and in the long run did the Indy Tournament Scene a favor.

A Word of Caution

First up, and to be clear, this isn’t a random ‘bash GW just ’cause’ article.  At least, that’s not my intention.  Sometimes we have to look at these things with our big boy pants on.

Because it turns out flashing is frowned upon and you could end up on a list somewhere.  Who knew?

Games Workshop is a business.  If it wasn’t, it wouldn’t produce the products we all own.  Yeah, I can get behind the odd backlash or two for some of their less consumer-friendly practices, but the truth is I love GW.  I love the products, the games, the books, and the hobby.

Right now, I’m 1) writing a Bell of Lost Souls Terrible Tuesday article, 2) reading Ravenor Rogue, 3) cleaning Vostroyans, and 4) trying to decide if the Guard need allies.  Point is, I pour a significant amount of skull-sweat into this thing every week.

It is my hobby and it keeps me sane.  So while sometimes history seems a bit ‘Us Versus Them,’ it’s good to remember it’s just us.

It was the Era of GW Prize Support, and it was awesome.  Hard Boyz gave away armies!  Door prizes were exclusive miniatures!  Tournament support was rampant!

I was at the original BoLSCon, five years ago.    If I recall, 40K and Warhammer was maybe 95% of the prize support available.  That Sunday, practically a quarter of the audience got something.  I earned a ‘Judge’s Floor Award’ for something I did in game – can’t recall now – and got to choose between two Forge World pieces, a Blight Drone and a Khorne Slaughterer.  Just ’cause!

Great!  So I was there for WarGames Con the next year, and the name wasn’t the only thing that changed.  The crazy lavish prize support just wasn’t there.

Business models change.  Games Workshop had apparently made the decision to pull back on some of its community programs.  This was around the time of the last Hard Boyz, and already most of the GW-sponsored events were collapsing back into Games Days.

I’ll be frank:  the tournament took a hit that weekend.  I heard people griping about the lackluster prize support.  Heck, I was bummed!  So perhaps WarGames Con took it on the face – how could they not?  It was the  first event of the season and so the first to be adversely affected by the change in policy.  (Pretty sure this was before Nova, right?)

I was privy to the conversations happening behind the scenes, but it wasn’t my business to say anything.  I know Big Red, JWolf, and Dark-Nick chose to take the hit without trying to point fingers.  It was a business reality.  They had to wonder if some of the disappointment would hurt their growth in year three.

Wargames Con was fine.  It grew in Year Three and made some changes.  All the Indies had to.  But let’s instead look at the result… …more room for other games!

It’s simple; GW was the prize support for Indy Tournaments… so just how indy is that?  When GW pulled away, the tournaments adapted.  The promoters talked to smaller companies and startups, they developed relationships with suppliers to cross-promote.  There was plenty of interest in supporting the community at events like WarGames Con, Adepticon, the Nova, Feast of Blades, and so on – promoting it through advertisement.

The Indy Tournament scene diversified!  It was no longer reliant on one company, but instead developed coalitions of companies!  Sure, GW is still there – it’s the biggest and arguably the best.  It’s just sharing some water in the tank.

How’s that anything but good?  We as customers got a more diverse experience, and promoting hobbies in general helps hobbies as a whole.  All manner of creative people have set up booths to show off their products and develop their market.  As far as people being turned off by the prize support… well, let’s take a realistic look at that.  If you’re spending the money to attend a tournament, winning a prize is pretty awesome!  But if you went there expecting it, you were bound to be disappointed.

Indy Tournaments Events are about the hobby, the people, and the games.  All that’s better now than it ever has been.

So that’s it!  One of Big Red’s roads traveled, just for the heck of it.  Here’s hoping you enjoyed this stroll down memory lane; care to comment?