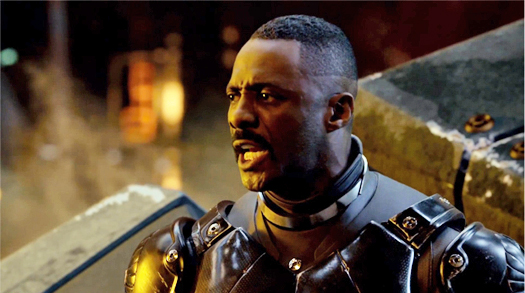 Let’s talk a little bit about one of the oft-overlooked parts of our hobby: basing.

In my Painting Heavy Vectors article, I showed you some of my finished Convergence models on what I’ve been calling my “Cormac McCarthy”-themed bases, aiming for sort of a grim, ash-y apocalypse feel: here’s how I did them!

Basing’s probably my favorite part of the process, it’s where we as hobbyists have free reign to create something all our own.  So, my first step is to look around for some inspiration.  I know that sounds kind of cheesy, but it helps to have an idea where I’m going.

For something apocalyptic, let’s look at ash left behind after wildfires: And finally, to fit the sort of Sci-Fi “Destroy All Humans” deal with the Convergence models, the first thing that popped into my head were the vaporized skeleton remains in Mars Attacks: Obviously, the skeletons on my bases won’t be green, but they provide some nice imagery. So, the end product I’m going for is a sort of earthy grey ash with some dead trees and skeletons. Sounds doable! As far as materials go, we’ve got some fairly basic stuff: Here goes the controversial part of the process:  the legs on those Vectors look good (at least I think so), but they’re thin.  If my models were going to sit in a display shelf forever I’d trust those legs for support, but for my gaming models I need something sturdier.   My first step after painting them is to drill a hole in the bottom of the hip piece for the flight stand to go into… The idea is that the flight stand will hold the weight of the model, and the legs are mainly for cosmetics. Once I’ve got the hole drilled and the flight stand fitted, I start mixing up the epoxy putty–this stuff sets in like 3 minutes, so I have to work pretty quickly.  The idea is to build up an uneven sloping texture.  Before the putty dries, I press the skeleton pieces, the dead tree, and the flight stand in, to give me a spot to put them later.  I pop the log back off because I don’t want to paint it.
As I’m doing this, I have the flight stand glued or blu-tac’d into the legs, so that I can get an idea of how the model will sit.  This can kind of determine where logs or skeletons go in order to give the feet something to rest on if the putty can’t be built up in order to accommodate.  But, like I said, it’s a pretty fast, haphazard process.  An important part of this is cutting the flight stand to the right length, as it can vary pretty wildly depending on the amount of putty and if you want feet resting on certain things.  I do this with a jeweler’s saw easy peasy. I wait a few minutes and let the putty dry, and coat it in Wood Glue, then my special mix, which is just a mixture of a few different sizes of basing gravel, which I think gives the final product a more natural, interesting look.  Here, I popped the skull off the base, because it’s sometimes hard to get the gravel around it.  Once all that dries a bit, I glue it back on. Painting the base is pretty simple!  Over some black primer, I airbrush a uniform basecoat of some Reaper Master Series Shadowed Stone. Next I sort of sporadically drybrush some RMS Aged Bone onto the base, and highlight the Skeleton pieces more delicately, focusing on any upturned hard edges.  One of the things I really noticed about the ash in the photos above was that it was sort of uneven in color, and I want to capture this here with some areas being brighter than others. After that, we’re going to do give the base another sporadic drybrush of RMS Leather White (a sort of slightly grey off-white).  The Skeleton is highlighted with Leather White, then extreme highlighted with Morrow White. At this point we’re done with paint on the actual base, so I glue the log back on. Finally we’re going to push that idea of unevenness to its end, and take some Vallejo Black Weathering Pigment, and dab/stipple it on in a few areas to make scorch marks– I especially focus around (not on) the skeleton, to make it look like the poor guy got vaporized.  I put some on the log as well, being that logs are certainly scorchable. Once I have the pigments where I want them, I lay down some Liquitex Matte Varnish through my Airbrush, paint the rim Thamar Black, and add on some Army Painter Highland Tuft (the superior color of Tuft).  For the Warmachine crowd, I add on some facing lines in Cryx Bane Base, and Voila! There’s your finished apocalypse base!
The next step is to glue the model down.  I complete painting and assembly separately, and glue the flight stand into the er… pelvis… area.  Once that’s dry, test fit a few times to get an idea what I’m doing, then I put dollops of glue on all of the feet that will make contact with the base, a bigger one on the bottom of the flight stand, and place it in the hole we put in the putty earlier.  After that I leave the model alone for some time, and before long, they’re good to go! Here are some of my finished Vectors on the bases.  The photos show some ways you can vary them: logs placed straight into the putty make dead trees, logs can be good points for the feet to rest on, and so can skeletons, for that matter.  I’m pretty happy with how they’re turning out!
Well guys, there’s a quick look at how I’m going to be basing my Cyriss stuff, hope you enjoyed it!  Until next time, what kind of basing are you working on at the moment?  Cobblestones? Industrial? Swamps? 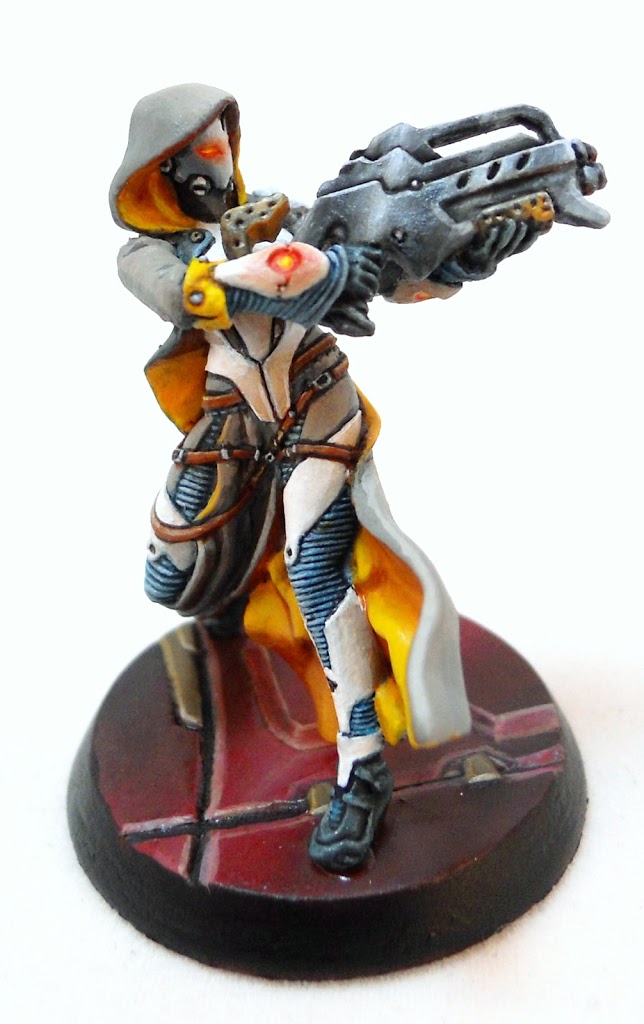