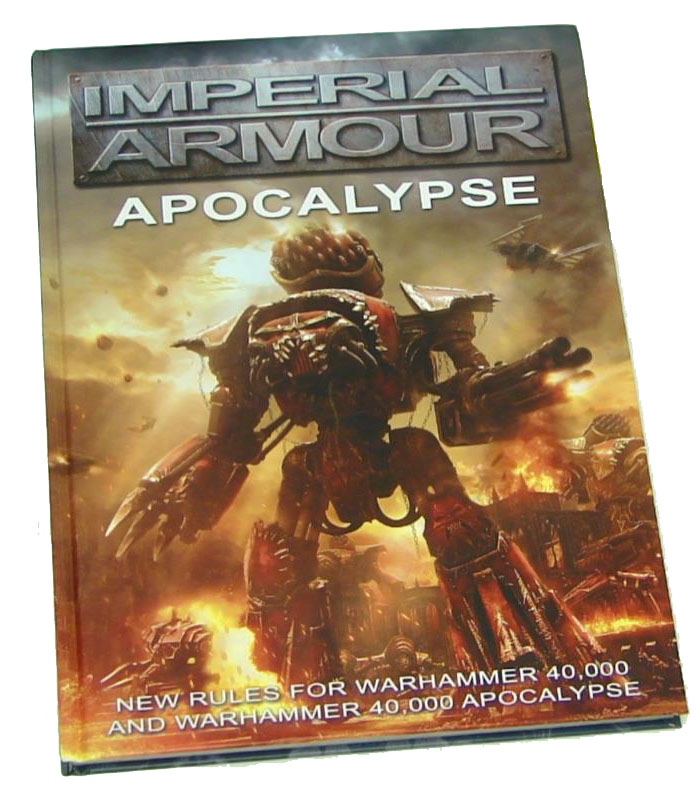 Over the weekend I did a review on the new Forge World Imperial Armour (Armor) Apocalypse book (the fourth of its kind in five years lol, fifth if you count Aeronautica), which contains updates to most of Forge World’s line of super heavy, and 40k relevant models.

Overall it’s a great looking book with all the bells and whistles you would expect from a FW publication, great pictures, stunning graphics, and brief back story on each unit. The book itself is broken down into sections by faction which updates the units over to 6th edition, or categorizes them by Super Heavy unit type (formation, walker, etc..) and a campaign section for using superheavies in the infamous Vraks Warzone setting. They also included some of the Independent Characters from the Vraks series in that section as well for use in games of 40k.  Feel no Pain, Furious Charge, Typhus Zombies? Yes please!

The rules for most units are very similar to the old ones, but they made some noticeable changes to some units like the Lucius Pattern Drop Pod, the Storm Eagle, and both Chaos Titans for starters. Put me on your cover IMA TITAN!

Overall its a great book that impact both normal games of 40k and Super Sized (Apocalypse) ones!

I would 100% recommend this book for anyone playing Apocalypse games, or as some of the units in here are stamped “40k Approved”, for your normal games as well. Imperial Armour: Apocalypse is the ultimate reference for using Forge World’s extensive range of tanks, aircraft, fortifications and gargantuan creatures in cataclysmic games of Warhammer 40,000: Apocalypse. Contained within this tome are over 75 updated unit profiles, ready to be added to armies for both Warhammer 40,000 and Warhammer 40,000: Apocalypse, as well as 16 Warhammer 40,000: Apocalypse Formations, and additional rules and options for the immense Tyranid Hierophant Bio-Titan. From the hideously warped Chaos Reaver and Warhound Titans and the sprawling precincts of the Necron City of the Dead, to the lightning-fast Eldar Hornet, this book contains vital additions to the arsenal of every major faction embroiled in the eternal war for control of the galaxy.

Also included is an entire new War Zone for use with the Warhammer 40,000 rules, War Zone: Vraks. Charting the course of the bloody wars that followed the apostate Cardinal Xaphan’s conquest of the Imperial fortress world of Vraks, this war_zone includes three full Apocalypse missions, as well as character profiles and Finest Hours for the war’s key participants, and Strategic Assets and Unnatural Disasters unique to the Vraks conflict.. Courtesy FW’s site

So who’s gotten a chance to get in some new Apoc games?  What did you think?
Subscribe to our newsletter!
Get Tabletop, RPG & Pop Culture news delivered directly to your inbox.
By subscribing you agree to our Terms of Use and Privacy Policy.

Author: Robert B
Robert is a veteran tabletop and miniatures gamer, and writer with over 20 years of experience. His specialtiesies are the worlds of Game's Workshop's Warhammer. He began writing for BoLS In 2010.
Advertisement
Review Videos Warhammer 40,000 Apocalypse Warhammer 40k
Advertisement 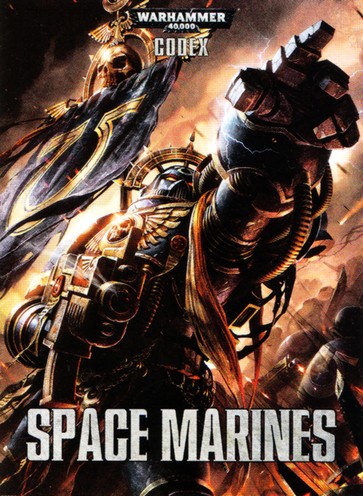