HOBBY: Sanguinius vs Bloodthirster Conversion You MUST See 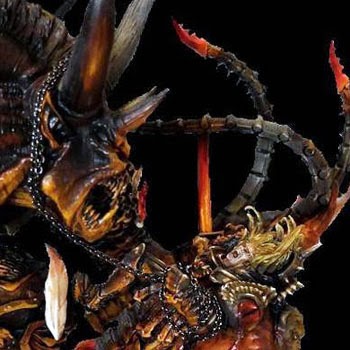 I love a good conversion just like anybody else, but when Isotope99 said he wanted to recreate Sanguinius vs Ka’bandha I knew I was going to have to protect my eyes from the AWESOME!

First up was the basic build of the conversion.  This mighty beast uses: As you can see, Isotope99 has combined the wings from the High Elves Phoenix with a slimmed down Angron to make a fantastic Sanguinious.  The visual effect of Sanguinious’ wings being aflame is inspired converting!  Raising such a large bulky model as An’grath up on a flaming pedestal to give the appearance of an airborne duel is pulled off well, as are the little details like the Blood Angels banner bearer being beheaded by a Bloodletter.  Very impressive to tie this all together while staying fairly true to the source painting.

Then Isotope99 painted the sucker… A couple of points here.  The artificial lightsourcing, and minimal palette is again a bold choice, especially for such a pricy complex diorama!  The sense of white-hot heat boiling within the Bloodthirster’s body is palpable. I especially like the eyes on it’s enormous pauldron as well as the glowing wings of the Primarch.

I love the feel of anguish on Sanguinius’s face.  It apparently takes a giant mop of flowing blonde hair to transform enraged Angron into a tortured and noble primarch – well done!

You can follow the full thread here – it’s worth taking a look.

If you forgot, here was Isotop99’s previous AMAZING Lord of Skulls conversion.

Lets’s give the man a hand – AMAZING WORK! 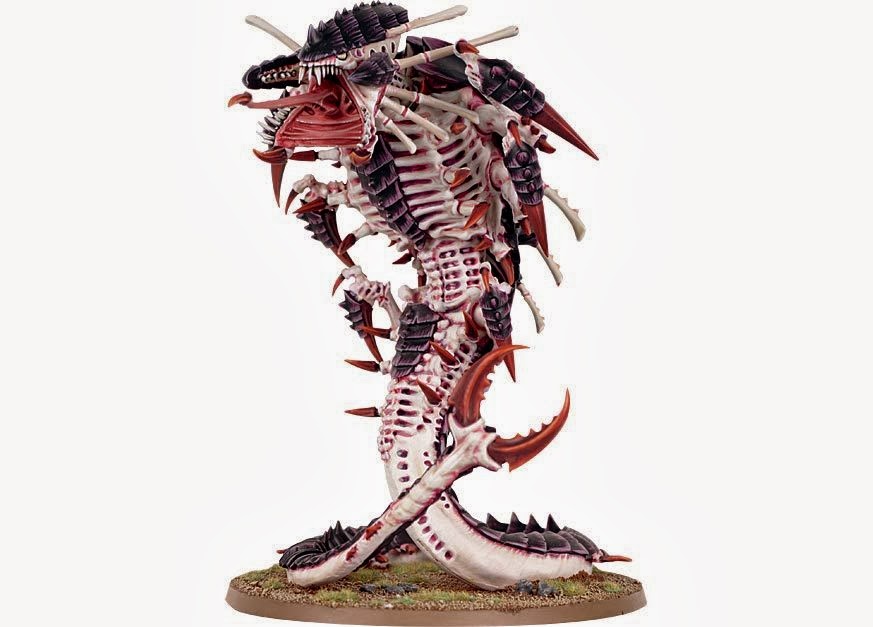