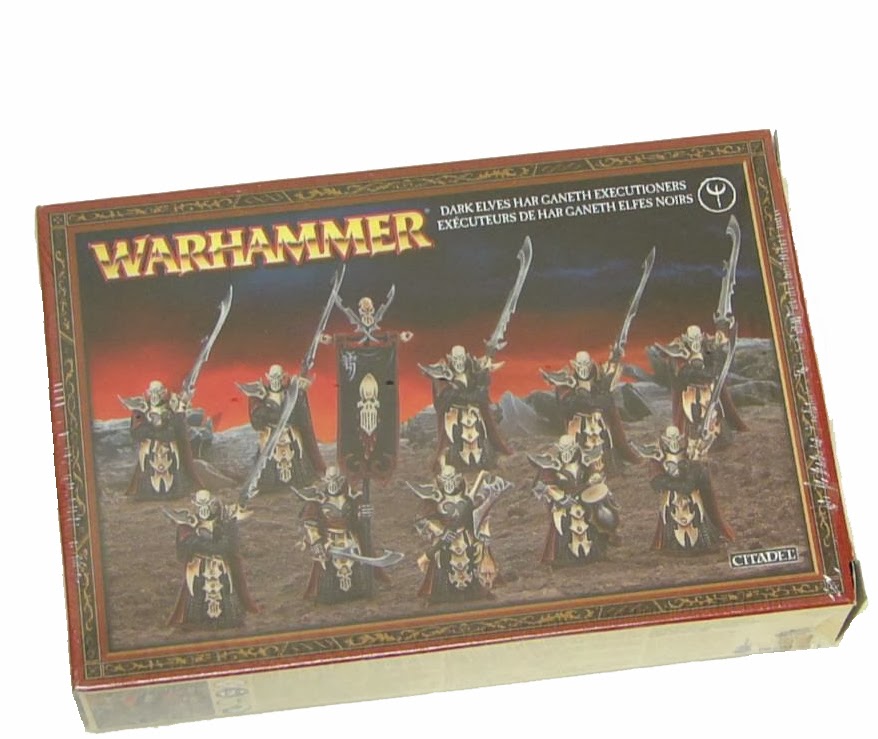 The latest Dark Eleves releases have come out, and just like wave 1, these models rock.This installment saw the release of a bunch of new kits including the  Dark Elves Executioners, Dark Riders, Cold One Chariots, as well as a plastic Black Ark Corsair Hero Choice respectively. Gone are the cumbersome oversized hands grasping weapons, and in are models and war machines of amazing detail. Somehow the sculptors even managed to bring back some of the old 1990’s feel to these models (without the ancient sculpting problems) as well, which was a nice treat IMHO. The Executioner models always seemed to be a fan favorite, and this time they are even more detailed than before. The kit makes either Black Guard or the Executioners themselves with a simple head and arm / weapons option during assembly. Personally the new Executioners remind me of the “Immortals” from the movie 300 in a way, with how their helmets are styled and I love to see that kinda of inspiration in models. Next up is the Dark Riders / Doomfire Warlocks box, and that is also a neat kit as well. While personally I don’t like the crazy non JJ Trek Khan look to the warlock models, but the fact that there is now an affordable alternative to Dark Riders is a boon for Dark Elves players I’m sure.

The horses seem to be styled much like the Wood Elves Glade Riders, with the legs molded into their torsos as well.  They glue together in the middle in sort of squiggle seam gap, and mate up with a horse rein / mouth bit to make the completed mount.

From there a different figure can be created from the rider legs up depending on how they are to be fielded. The Cold One Chariot / Sourgerunner Chariot box is also definitely full of character as well. Sporting a monowheel and either Horse or Cold One mounts (that match the cool scaly existing line ones), the kit looks 100% percent proportional fully assembled.

Author: Robert B
Robert is a veteran tabletop and miniatures gamer, and writer with over 20 years of experience. His specialtiesies are the worlds of Game's Workshop's Warhammer. He began writing for BoLS In 2010.
Advertisement
Dark Elves Miniatures Videos Warhammer Fantasy
Advertisement 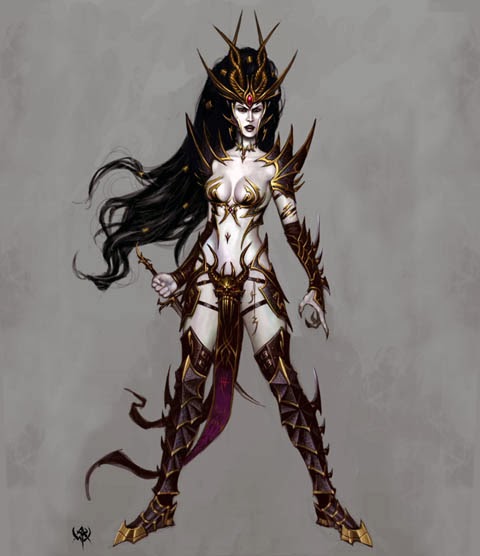