Goaboy’s Monday Nonsense – I Don’t Want to Fly with my Big Man Barbies! 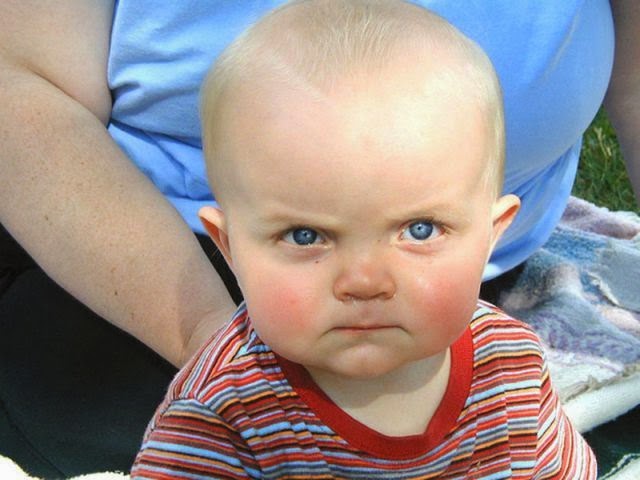 Goatboy here again and today I want to continue on some tournament discussion/rant/childish temper tantrum about Escalation.

I’m sure a lot of you have looked at the new Escalation Book.  I have seen bits and pieces and what I have seen has had me shaking my head.  In fact – it makes me question what the heck we are all supposed to do who love to go to tournaments.

I am sure others will go into extensive reviews of the new book.  I am just kind of meh about the whole thing beyond just looking at what I might have to face across the table top.  So instead of going to some kind of rant mode about it I would rather just look at ways we could make a “tournament” 40k.

First of all – tournament 40k isn’t going to go away.  The players that desire “fair” games will continue to want them.  We like to see our friends who don’t live near us and we like the competitive nature of a war game.  I know there are other games out there that are considered more balanced.  I just know myself and others don’t find the fluff/story/background to be that interesting.  I personally like the broken end of multiple space empire’s reigns instead of some kind of steam punk corset universe.  This leads into trying to think of the least intrusive ways to “fix” the game.

So how do we even do that?  I know a lot of people are clamoring for changes to rules but that is a lot harder pill to swallow.  I would rather look at the things that do broad changes instead of just small “faq’s” to fix specific unit rules.  So let’s start at the beginning with easy changes and move onto something broader.

I saw this because it kicks out some of these super heavy units and formations due to the nature of them not taking up any part of your army.  When you have to start a formation at 540 points it leaves you less then a 1000 points to try and figure out how you can win.  Troops are important so with only having a bunch of weak units you are at a disadvantage.  Plus let’s say these super heavies are going to stay in the event you now only have 600 points to fill in the HQ and two troops you need.

The benefit of 1500 points come from faster games and hopefully more balanced armies as players have to fit in scoring to ensure they can win the game.  I know that flies become powerful and lucky for use the better armies are not nearly playing as many.  Still it is a thought to try and keep things in check.

This has been kicked around on the forums as a way to limit some of the issues with having a bunch of HQ’s where they shouldn’t be.  This would mean every army would have 2 HQ’s, 6 Troops, 3 Elites, 3 Fast Attacks, 3 Heavies, and 1 Fortification.  This would limit some of the ally bits as they are affected too and people able to combo Allies up but would have a chance to limit it.

Now some armies have access to HQ’s that can be 4 to one slot etc.  Those armies, while powerful are limited if you start to drop points and leave room for actual troops.  Also some armies that can have powerful troops (Tervigons) would see some jump in power but again, limiting the point limits will mean less room to take those bad asses at the end (FMC).  I think creating limits on what you can take instead of changing the units rules makes for a better option.

3) – Make it where only scoring units can contest.

Think of it where only your troops can every effect an objective.  This would mean you would need a heck of a lot more troop options to even win a game.  Those 30 cultists are not going to run across the table.  It also means you need to completely remove units.  You can’t just put your fast HQ near an objective and steal the game.

This would mean a completely reworking of armies but it might be worth it.  Those armies with better troops or ways to make more troops would jump up in power.  But you can mitigate this by making sure events run with combo missions that try to mitigate this.  You run Kill Points as Secondary options in a lot of missions.  This still allows the armies to play the old – operation kill them all.

Let’s say you have a 6 round event and you have missions that benefit different types of armies.  Now you have to build armies that are not screwed by one specific mission.  You need to be able to take on all games and still come out in the end.  Would this help mitigate some of these things and still make a fair game?

I know Adepticon dabbled in creating missions to break certain army types.  It didn’t always work because a lot of the time the mission was thrown to the side and the objective was to table your opponent.  That isn’t fun at all and so it becomes harder to justify creating games that skew a game type.  But we can always try.

These ideas let us still have all the ally rules, extra rules, and other bits.  It just means you have to pay a lot more then just points when you start to build these things.  I don’t ever want to tell someone the model they spent a ton of time on (or someone was paid to paint) is not allowed at the table top.  I wish players would just “comp” themselves but we all know this doesn’t happen.

I am not always the best example of this when you read my mean lists but I never want anyone to not have fun when they play me.  The game is about all players having fun.  This also means I really want tournaments to stay around as I think traveling to see friends, throw dice, and maybe win something is a great time.  I want these events to stay around.  I want this game to not just be about the person who spent a lot of money on a robot thingie to kick my ass.

These simple ideas are just that – simple things to try and not change the rules.  Changing the rules becomes a slippery slope that turns into name calling and egos getting hurt.  Everyone and their mom have different ideas on what is bad and isn’t bad.  Some people have different armies locally that kick the crap out of them and others just don’t ever see those lists.  Locally we don’t have a ton of fliers beyond FMC spam.  That would probably be my fault as I started playing that as soon as the new book came out.  I know other players that never see Daemons so they have no idea.

I just really want to make sure that every game I have at an event I still have some chance to actual win beyond blind luck.  Is that too much to ask for?