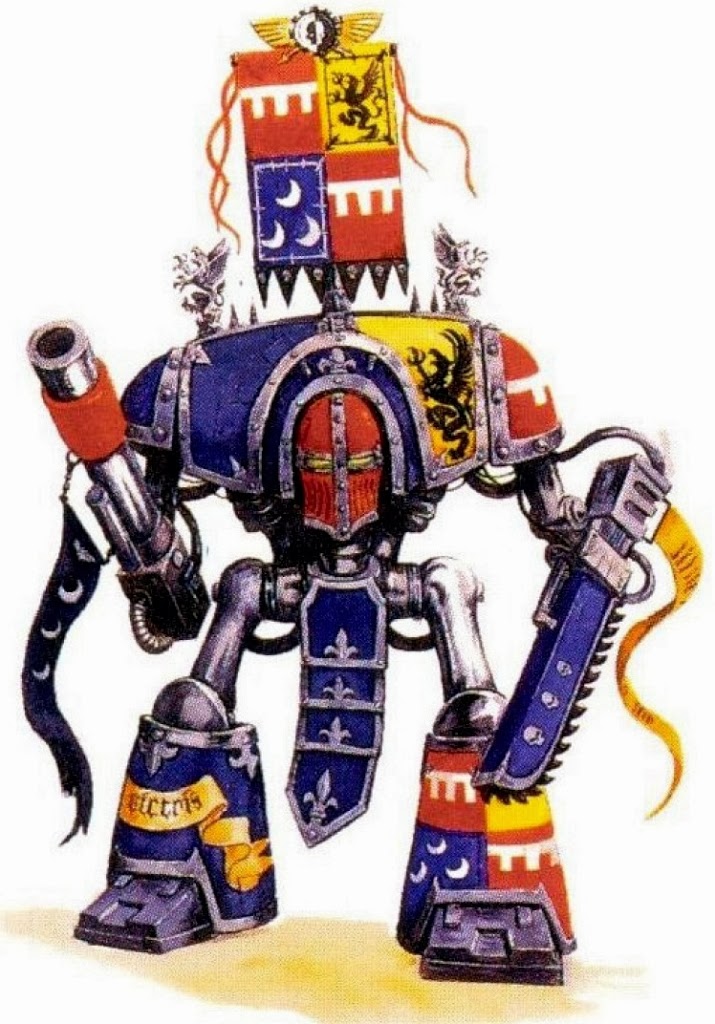 If you like Titans, and read Mechanicus over and over – fasten your seatbelts boys and girls…

As you may have seen on other sites Febraury is all about the Dwarfs. So for you fans of the short and bearded get pumped. March will see the release of Imperial Knights. This year is shaping up to be a good one.
-Rik

There has been talk of a plastic Knight somewhere in the GW design schedule for many months now.  If you recall it was hyped to be the “big kit” to accompany the Space Marine release, but now we hear word of it return for March – which is slated for Imperial Guard.
There is also talk of that “Malcador inspired” new tank for the IG.  It would be a shock to see two big kits come out for a single Codex release…  Still 40K Radio has a solid track record for rumors so far. Hmm…
Full Imperial Guard Rumor Roundup