Hey guys, I am Learn2Eel and this is my Codex: Space Marines Tactica! Today, I will be looking at the Watchful Old Man, Torias Telion!  I hope you enjoy this article!

Space Marine players have access to the most extensive roster of unique characters in the game, providing so many diverse play-styles and inherent advantages that encourage players to experiment with a wealth of differing army lists. Unlike some other codices, few of these characters are solely based around damage potential; instead, they provide ground-breaking support abilities and potential for thematic army creation that you simply can’t find anywhere else. Though they are restricted to their own Chapter Tactics now, the advice given in the previous Space Marines codex very much rings true to this day; these are templates for mighty heroes to lead your forces, built to give you something you simply cannot find from a kitted out regular character. Where Marneus Calgar allows you to control the morale aspect of Warhammer 40000, Kor’sarro Khan provides free early movement to an entire force, allowing them to dominate positioning and deployment. As Helbrecht is the lynchpin for an army-wide massed and devastating assault, Vulkan He’stan gives you the means to make a Salamanders army the true masters of anti-vehicular warfare. It is such that you cannot judge these characters on the merits of combat or martial prowess alone, but on how they allow for incredible strategic flexibility in the army list creation phase, and in tactical adaptability through their considerable, palpable aura on the field of battle. These Space Marines count themselves amongst the finest heroes in all of the Imperium, and each has their own mark to leave on your army. Thanks for reading everybody and by all means chime in down in the comments. How have you been running Telion?

Author: Larry Vela
Dad, Gamer, Publisher, Pilot, Texan. All games all the time since junior-high. I started BoLS Interactive in 2006. I’m a lifelong tabletop & RPG gaming enthusiast, and internet publisher working to entertain and inform my readers every day. I've been playing RPGs and Tabletop Games since the 1970s. I'm been playing and covering Warhammer and Warhammer 40K for over 35 years.
Advertisement
Editorials Space Marines Tactics Warhammer 40k
Advertisement 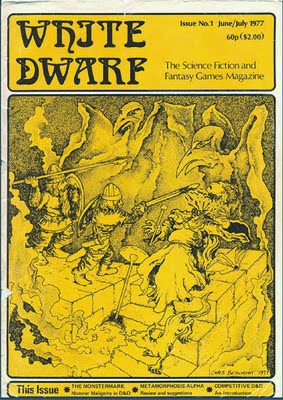