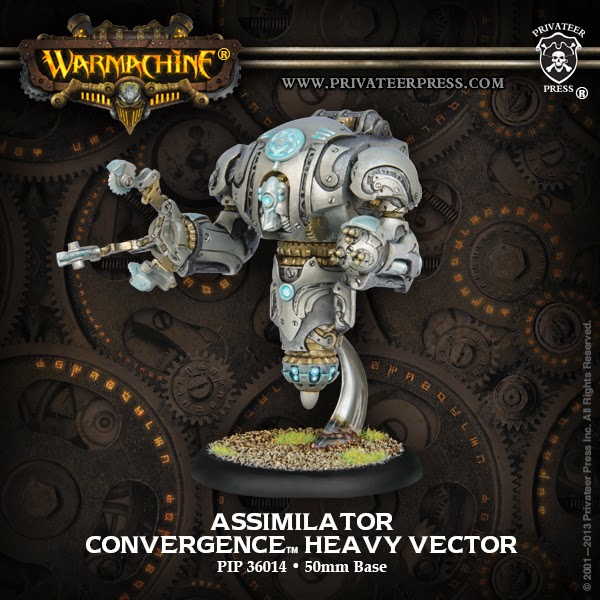 Hold on, Privateer Press unveiled a giant bundle of minis and games this week.  Let’s get started:

First the miniatures, then the boardgames: Bolster your armies with Heroes & Legends, an 84-card expansion for WARMACHINE High Command! Heroes & Legends contains 5 copies each of 16 different cards, plus 4 additional warcaster cards, to bring new strategies to your Cygnar, Khador, Protectorate of Menoth, and Cryx decks. THE GAME OF ZANY ZOMBIE DEFENSE!

It’s bodge or get bitten when a giant mob of zombies attacks the goblins’ workshop. Now it’s up to you and the other bodgers to repel the undead or become a zombie’s late-night snack! Barricaded in your workshop, you and your goblin cohorts must rely on your mechanical expertise to construct the sometimes ramshackle but always maniacal machines you’ll need to overcome the endless Leapers, Creepers, Runners, and Brutes trying to break down your doors. Collect parts to build your machines as fast as you can, but don’t get bitten—or you’ll be left moaning and groaning as you join the horde and turn on your friends! Zombies Keep Out is a fully cooperative board game for 1–6 players.

An interesting week for Privateer. Some zany boardgames out of left field, and a bunch of much needed convergence minis to fill out the newest army. Again with the Spawning vessel, we see a well costed boxed set replace a previous set of individual blisters.
Have at it.