So it’s the first weekday after Corvus Belli revealed their Infinity news at Ficzone 2014…. so it’s time to talk 3rd Edition.
So just like our first “episode” of The DIRT, today has three parts.  And just like the Tohaa, I think I’m going to strive for that moving forward.  I’m telling you this all up front because if you’re new to Infinity and really want to sink your teeth into some AMAZING Infinity terrain and models, jump down to the botto, of the article.  I will strive to make sure that part 3 always has a nugget of goodness waiting for you there.

The big reveal at the Ficzone 2014 this weekend was a teaser trailer for Infinity’s 3rd edition.  Unlike a single image, which is not uncommon when a “teaser” is presented, this time Corvus Belli gave us a potentially slightly deeper hint based on the quote they added to the trailer.  There could be a new threat for the Human Sphere.  If you haven’t seen the trailer, you can see it below.  Reminder, it’s a teaser trailer, something that we’re more than likely going to get WAY more detail about at GenCon.  If you’re expecting more than a teaser trailer, don’t click on the video.

When the 3rd edition news first broke on the InfinityTheGame.com website, there were multiple speculation threads on what might be included.  I also received 20+ emails from people wanting to know if I had more details.  By combining these sources together, the two largest of these speculations for 3rd edition were:

With the reveal of the trailer above, Corvus Belli also held a fairly long Infinity Seminar in Grenada that talked about some of the things you can expect to see in 3rd edition.  Beasts of War worked with Corvus Belli to bring us the English version of that information.  While we’re waiting on the seminar to be released, I thought it’d be interesting to go back to the GenCon 2013 Seminar video and figure out if Corvus Belli actually gave us some hints last year.  If you watch the video carefully, you’ll see that there were a couple of things mentioned that have not been released yet.  Could these be things to expect in the 3rd edition rule book?  I don’t know, but I thought I’d take a minute to list what I found that we have not seen rules for….

Merc Sectorial lists.  As discussed during the Q and A, we will eventually see the Mercenaries not have an actual faction, but have playable Sectorial armies.  Potential example: “Beyhan Resources” (Kaplan Services focused) and the “Star Company” (Scarface, Druze, Anaconda). Tohaa “hungries”.  A future Tohaa sectorial could include the notion of having tohaa fire teams with creatures that we have not seen yet, and will not have the Tohaa:Fire Team special rule (meaning they would not be linkable in Vanilla Tohaa lists).  Might be interesting if the quote we see in the 3rd edition teaser trailer is in regards to this.
New Sectorials for the factions.   Patches were revealed for Ariadna Kazak Sectorial, UsAriadna, Haqqislam Caliphate sectorials, and the Yu Jing Invincible Sectorial. Want to go back and check out the 2013 Seminar for yourself?  Maybe you’ll find even more tidbits that may show up in 3rd edition.

Speaking of GenCon 2013… how I found out about 3rd Edition

I can’t tell you how relieved I am that I can talk about 3rd edition now.  Richard and I (the two people demoing Infinity at the Infinity booth), were playing a game of Infinity in the common area at the hotel where we were staying.  The four members of Corvus Belli who traveled to GenCon that year were also staying at the same hotel and many of them were watching the game that Richard and I were playing.  A rules question came up in the middle of the game and we turned to the CB staff for an answer.  They stood there pondering for a moment and said, “I can’t remember if that was something we changed since I’ve been testing 3rd edition for a while now.”

Then there was a moment of silence that seemed just shy of forever as the other Corvus Belli members looked over at their compatriot in amazement.  The secret was out.

So, I guess that’s one more thing I can confirm about 3rd edition.  Corvus Belli did not approach the release of this book lightly.  It’s been play tested like crazy for quite some time.  I have not seen the rules but I’m thrilled that the teaser trailer made it clear that we will see it this year.

A Look at Infinity

As I promised at the top of the article, I leave you with a handful of glorious Infinity images.  If you have awesome Infinity images that you’ve taken, please feel free to drop me a line with the photos included to [email protected]  Please include in your email a statement that you acknowledge that it’s your photo and that I have permission to post it in Bell of Lost Souls, on my YouTube channel, or both. So that’s the news, the skinny, the DIRT.  The next article of The DIRT will likely be a deeper review of the seminar slides from Ficzone 2014.  But right now, when we’re waiting for more details, what sorts of things are you hoping to see in 3rd edition of Infinity?  As always find me here, my YouTube Channel, or drop me a line at my new email address [email protected] . 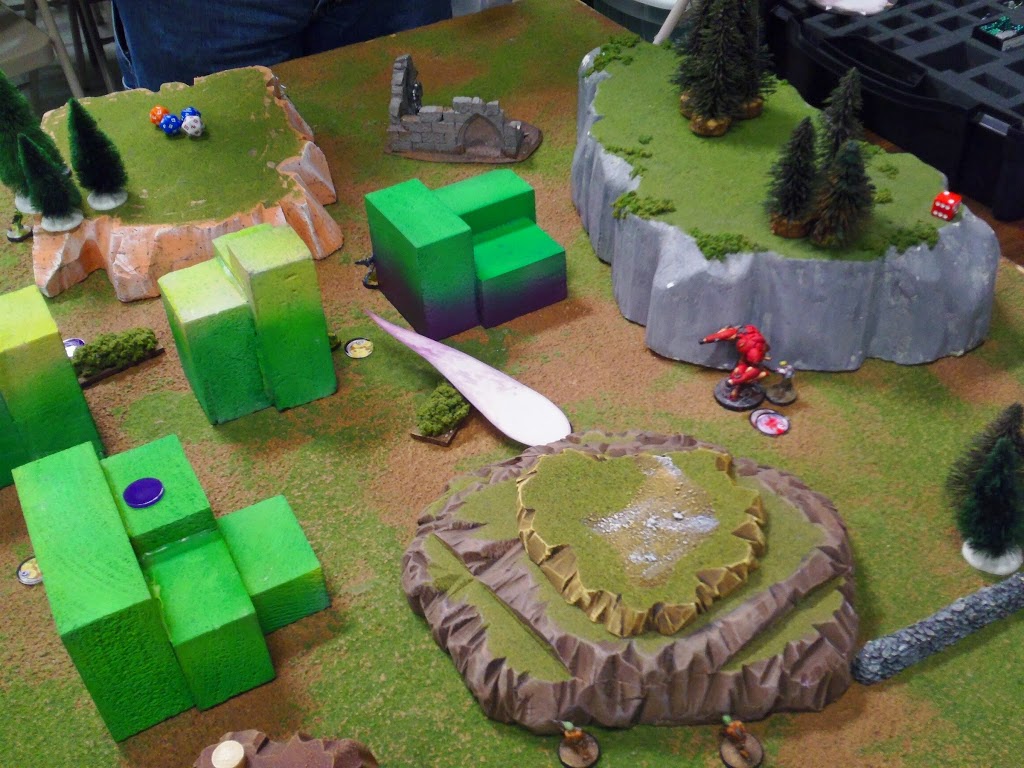