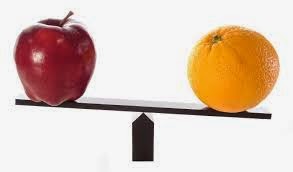 Another new edition of the game is with us, and already the community is fighting like cats and dog. But why?

Badrukk here, with more gentle musings brought on by my squig-brain transplant. I have a blog (LINK) and will likely fill it with the contents of my squig addled mind as time passes. But enough of that.

Confession Time
First off, cards on the table, I’m one of those guys who shouted at people online for being WAAC players. Yeah, in fact I think I used far more pejorative words. I’m going to say right now that I’m sorry, because it was wrong of me to attack someone for having fun in a way that I don’t. It made me realize that as a community we online have gone from debate, to complaint, to taking shots at each other because we don’t see things the same way. And as part of the problem I stood back and had a real hard look at the issue.

So why all the fighting?
The most vocal element of our (40K) online community seems to be polarizing itself down a fairly simple line, “the game works fine” vs “the game is broken”. The Game is Broken
The “competitive” crowd are unhappy, they think the game has lost all semblance of balance, and that it’s ruining the game and their fun.
They cite anecdotes of;
-Unbalanced Rules
-Exploitable Loopholes
-Unstoppable Super Armies
-Going to the local store and not being able to get a game against anything other than WAAC armies.
These guys make valid points of course, especially the poor guy/gal who travels an hour to find they can’t get a game they enjoy. They point out the impact these changes have on the fun had at the tournament scene (which in the UK and US at least still has a strong following, tourneys for pretty much every game system apart from MTG are experiencing a major slump here in AU). And since the only evidence for and against this is anecdotal itself who’s to say they’re wrong? The Game Works Fine
The “fluffy” crowd are annoyed, they think that any new rules will allow them to do more fun stuff, and that people who want those rules removed are spoiling their fun.
They cite anecdotes of;
-Never experiencing the things complained about above.
-How the new rules have allowed them to do X
-That the game has never really been balanced at all.
-That GW has never tried to make a balanced game, and has said so too.
These guys are also making valid points. and they point out the impact removing these rules would have on their freedom to have fun their way. And again their evidence is as anecdotal as it can be, because ultimately one cannot objectively measure fun.
So Who’s Right?

From my own anecdotal experience I couldn’t help but take the “things are fine” side, but things aren’t that clear cut. This hobby is a passionate thing, which we invest in emotionally, and in that I don’t just refer to 40k but the wider wargaming hobby. And the issue here is that we’ve got two very strong views at polar opposites of a scale arguing the same thing. That being that change is, or would be, good and that it needs to happen in the direction the specific groups would like.

It’s easy to get caught up in this debate and start shouting at each other but ultimately it’s all subjective.

Advertisement
What do we do?

Different answers to a difficult question here, but the truth is that no answer anyone reaches will make everyone happy. We’d all like more frequent FAQs and a rule book laid out in a logical way, but the argument goes deeper than that.

We all want our hobby to be the way we like most, and it’s pretty obvious what the games designers at GW want theirs to be because we can’t forget that they play and collect as well. So MAYBE what we need to do really is try to do what the Bloodbowl guys did, work together to build a balanced living FAQ and Tournament standard that can work for those people who want it. And leave GW to their role as the mad scientist of wargaming, creating things that half of us see as hideous bloated monsters and the other half see as then next step forward.

Because it’s clear that GW isn’t going to stop, no matter how much a proportion of their customer base complains, because they’ve been at it since the 80’s.
Subscribe to our newsletter!
Get Tabletop, RPG & Pop Culture news delivered directly to your inbox.
By subscribing you agree to our Terms of Use and Privacy Policy. We could keep fighting about it, keep arguing among ourselves, but if we as a community pull together and help the elements who are going to be marginalised by the direction that things are taking then we can prove wrong the hobby adage that the internet is a place for negativity.

And who knows maybe 8th edition will be a streamlined tournament game, then I’ll be looking to the community to help me build rules for deamon summoning and a steam powered squig-a-pult instead of offering the help.
Well that’s my opinion anyway, I assume many of you will differ in yours an as usual I invite you to comment. But I leave you with this parting thought, how many of you are willing to put down your internet fists and help out those of us who are feeling left behind? 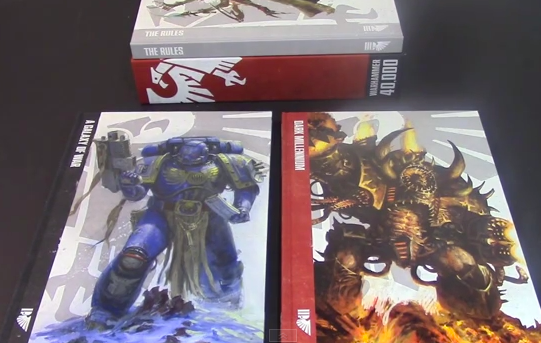