Forgeworld: AT LAST! The Horus Heresy for all! 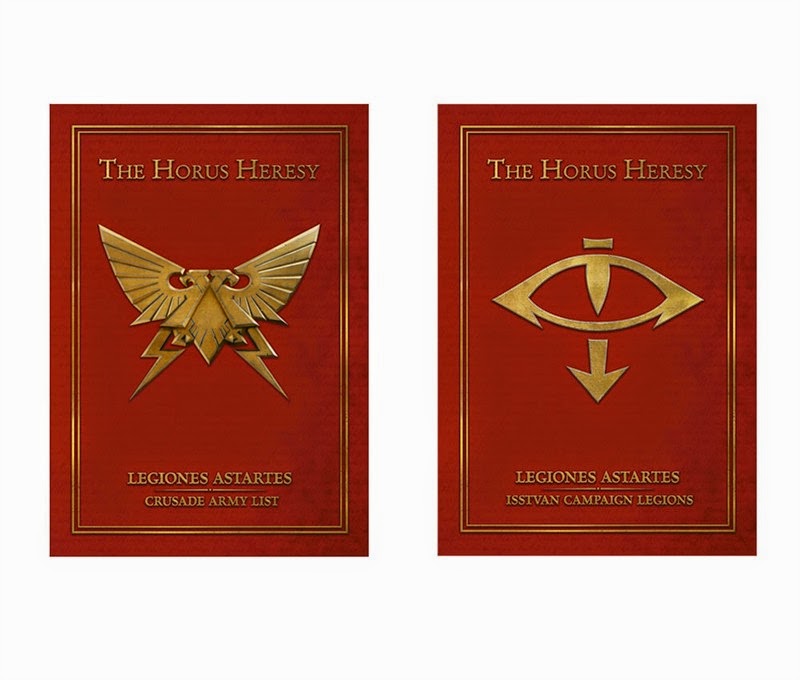 At long last – EVERYONE can join the Horus Heresy!  Forgeworld just rolled out one of the best deals in a very long time!

Forgeworld just rolled out the smaller stand-alone Horus Heresy Legion armylist and the companion volume with 12 legions and their special rules, units and characters.  Each for about the cost of a standard 40k codex.
THE HORUS HERESY LEGIONES ASTARTES: CRUSADE ARMY LIST £30
http://www.forgeworld.co.uk/New_Stuf…ARMY_LIST.html

The Horus Heresy Legiones Astartes: Crusade Army List is a 96 page hard back containing the complete profiles, special rules and wargear, compiled and updated, for the core Legiones Astartes Legion Crusade Army List for Warhammer 40,000 and the Battles in the Age of Darkness gaming expansion. It allows Horus Heresy players to carry something lighter the their games than the weighty tomes of our main volumes, and is also intended to be used both as a resource for consulting and collecting your armies and as a handy reference during play.
The contents of this book have been drawn from across the three volumes of Forge World’s Horus Heresy Isstvan Trilogy series, and are intended to be used alongside its companion book The Horus Heresy Legiones Astartes: Isstvan Campaign Legions which provides the special rules and unique units and characters for the specific Legions featured in the epic conflict of the Horus Heresy’s opening stages. It can also be used as a basis to build a Great crusade army list for any of the Space Marine Legions.
For a complete list of the book’s contents, click here. This book is available to pre-order now and will be despatched from Monday 19th May.

The Horus Heresy Legiones Astartes: Isstvan Campaign Legions is 116 page hard back book that collects together the Space Marine Legions appendix entries from the first three of Forge World’s Horus Heresy books – The Isstvan Trilogy. As such it is intended to be used alongside its companion book The Horus Heresy Legiones Astartes: Crusade Army List.
Included in the book are specific rules, units and special characters – including the Mighty Primarchs – for the Emperor’s Children, Death Guard, Sons of Horus, World Eaters, Word Bearers, Night Lords, Iron Hands, Salamanders, Iron Warriors, Alpha Legion, Imperial Fists and Raven Guard, all drawn together for ease of reference whether you are preparing for or playing a game of Warhammer 40,000, or planning the next addition to your collection.
For a complete list of the book’s contents click here. This book is available for pre-order now and will be despatched from Monday 19th May.

And finally
THE HORUS HERESY LEGION ASTARTES GAMERS COLLECTION Both for £60http://www.forgeworld.co.uk/New_Stuf…OLLECTION.html

I would like to humbly suggest that anyone who is a 40K enthusiast should consider these part of the “standard codex” set for the game and pick them up.  These are a fantastic deal for those who don’t want to buy the giant full HH volumes with all the color plates and histories.

Author: Larry Vela
Dad, Gamer, Publisher, Pilot, Texan. All games all the time since junior-high. I started BoLS Interactive in 2006. I’m a lifelong tabletop & RPG gaming enthusiast, and internet publisher working to entertain and inform my readers every day. I've been playing RPGs and Tabletop Games since the 1970s. I'm been playing and covering Warhammer and Warhammer 40K for over 35 years.
Advertisement
Horus Heresy Rules Tabletop News Warhammer 40k
Advertisement