Has Games Workshop Turned it Around? 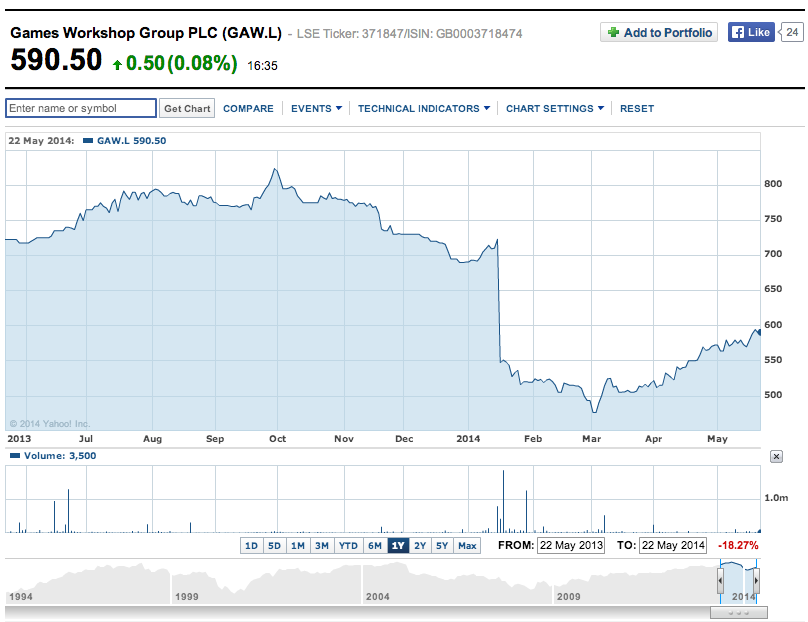 Games Workshop suffered a shocking hit early this year. But a lot can happen in a few months…

a guest piece by Wolfshade:

So here we are 4 months (and several days) after GW lost 24% of it’s stock value.

But the question is what was “it”. The perennial doomsayers said it was the end of GW, but we have 7th ed 40k being released at the weekend and 9th WFB just around the corner so there is some life left in the old gal.

Quick, look at the market and what do we see:

(Based on YTD correct at the time of posting)

Then GW shares continued to lose value to 4/3 hitting 476.25 (35% drop from pre-drop, 13% drop day). Then a curious thing occurred/ is occurring, over the last 3 months there has been steady growth in the share value, so that as of today they are at 599, so still down 13% on the YTD high, but quite good.

Times are a changin’

So what has changed between those cold January months and now?

Well, we now have a weekly WD and Visions, which seem to have been received well, by and large. Certainly, there are still those who want more hobby content and tutorials, but it seems to be more of a magazine again and less of a GW monthly catalogue of stuff to buy (which it still is but that is the point isn’t it…).

We also have a weekly release schedule, I was very skeptical of this to begin with, especially as the weekly releases just seemed to be dataslates, now there seems to be a re-balancing between digital stuff and actual plastics, so that is good.

We also have new editions right around the corner and usually, this prompts expenditure across the whole community in the way that a release for an army/codex does not. Note, each edition shift is not a hard impact, as there will be those who wait for it to be released in a different format, i.e. boxed set, small, digital etc. or wait to get it for their birthday/christmas/hannuka/saturnalia. There will also be those who are lost at the edition jump. With the release being only 2 years from the previous change it is unclear how many will not bother with this edition initially and how many will just not pick up the new codex.

We also have a new GW website that is a huge improvement on the previous one, though there are still issues with some of the coding, commonly amongst the issues are language preferences being lost.

We also have the problem that the FAQs were lost, well shifted to BL, and these remain tired and in need of updating. Though in the benefit of hindsight it can be seen why these weren’t done, as the new edition was being worked on. It is still frustrating that the FAQs were not updated and the various Warhammer FB/40k forums were/are filled with threads on rules questions that require a definitive answer for GW. This still points to a company with core issues with their rules.

So we have had change, some of it good, some of it not so good and we have had the same old issues. It will be interesting to see what happens in the coming months and the next 6 month accounts.

So what do you think of GW’s actions over the past 4 months and where the future will take them?

Author: Larry Vela
Dad, Gamer, Publisher, Pilot, Texan. All games all the time since junior-high. I started BoLS Interactive in 2006. I’m a lifelong tabletop & RPG gaming enthusiast, and internet publisher working to entertain and inform my readers every day. I've been playing RPGs and Tabletop Games since the 1970s. I'm been playing and covering Warhammer and Warhammer 40K for over 35 years.
Advertisement
Editorials Finance Games Workshop
Advertisement

Psykers in 7th Edition - An Introduction 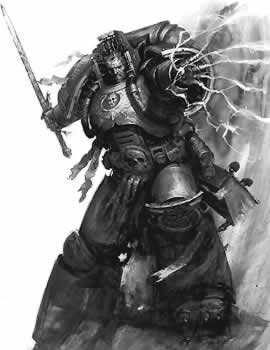