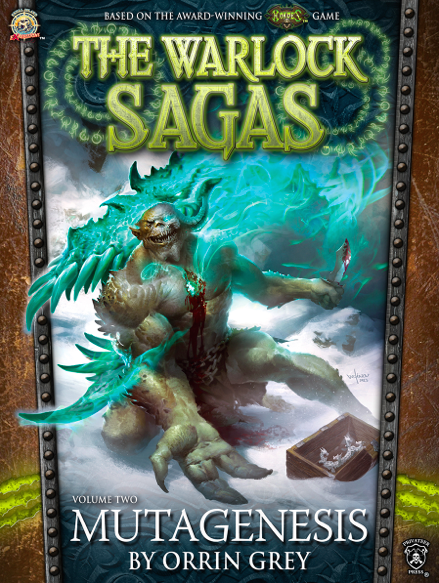 In their continuing series of novels, short stories, and novellas about the Iron Kingdoms, Skull Islands Expeditions has released their second book of The Warlocks Saga, entitled Mutagenesis.

Mutagenesis, written by Orrin Grey, is effectively the origin story of the Legion of Everblight, which many know began with the escaped slave ogrun, Thagrosh. While slavery is generally considered abhorrent throughout the Iron Kingdoms given their historical experience with Orgoth rule, some Khadorans have chosen to subvert the law by clamining that small ogrun villages in remote areas of the country trespassed on Khadoran land, and so any and all of these ogrun could be imprisoned as trespassers and forced into labor camps for life. In the raid that took him as a prisoner, Thagrosh’s father was killed with he, his brother Vargal, and his mother being captured. Early during their imprisonment, their mother dead of a fever, Vargal’s immediate response was to take up arms against their captors in vengeance, but was stayed by Thagrosh’s restraint.

Instead, Vargal and Thagrosh accept their current fate and are forced to work tirelessly as miners, all the while storing away food and supplies and planning their escape. However, when plans of their escape are discovered, things quickly turn ugly for the brothers and Thagrosh is set on the path that will eventually see him unite with the athanc, or heartstone, of the dormant dragon, Everblight. Not unlike George R.R. Martin’s The Song of Ice and Fire series, Mutagenesis is separated into chapters told from a third-person point-of-view of the characters in the story, specifically Vargal, Malek the Khadoran slave overseer, Irena the woodsman and manhunter, Vasily the kayazi underboss, and Thagrosh himself. I found that this method of storytelling provided the reader with a revealing view of how each of these people sees their world as well as their place in it. I got a strong sense of how and why an ogrun seeks out a korune to follow, that their internal sense to look for a strong leader is instinctual or even genetic. I feel like I understand the expected loyalty as well as the brutality of Khadoran bratya culture, and of the lifestyles of the nouveau riche of Khador’s merchant class.

Like most fantasy stories, the prose is fair, but nothing to get excited about. Vasily was particularly interesting to follow, particularly as he develops Moby Dick Syndrome throughout the latter half of the story. Thagrosh’s arc and growth as a character are fairly interesting, particularly given the duality of his existence once he unites with the athanc, fitting in nicely with the nature of the leader/follower disposition of ogrun culture.

At 100 pages in .pdf form, it’s a fairly short book that could be easily devoured in just a few hours. As someone with an inherent interest in playing and running the Iron Kingdoms Roleplaying Game, I found this book, like most books from Skull Island Expeditions, to be full of great details to use in the IKRPG, and would suggest it as good reading material for anyone with similar predilections.

The Warlocks Saga: Mutagenesis is currently available through Skull Island Expenditions, Amazon, and Barnes and Noble for $4.99. Grab your copy today! 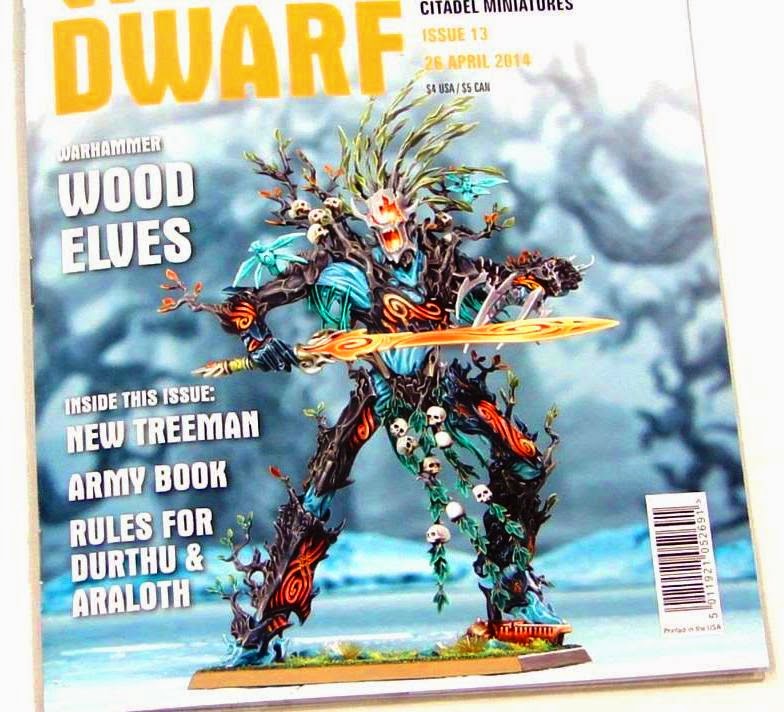