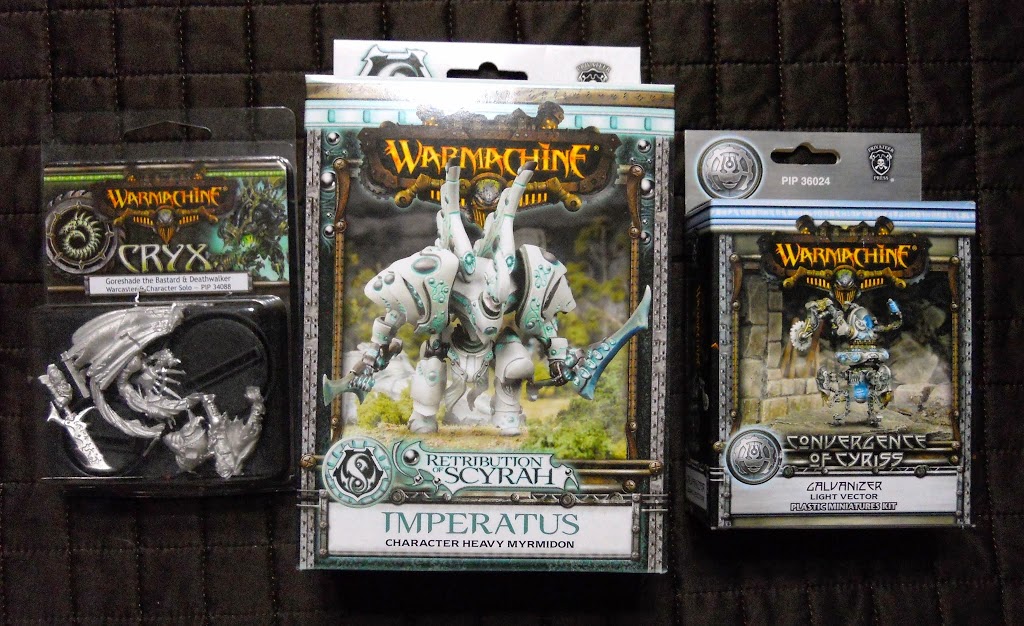 June is a big month for Hordes, but Privateer still managed to squeeze some Warmachine in there. First off, the Myrmidon that Ios needs. Like most of the big kits these days he’s a resin/metal hybrid. Every part of this guy is like they turned up the Retributiony-ness to 11. Lots of extra grooves and curves and discs and whatever else makes a Myrmidon a Mryrmidon. Extra room on the shoulder pads? We squeezed in some gemstones. Open space on the torso? We put some lights on that. Or y’know, whatever those things are. The head and wrists are equally detailed. Only the legs are lacking suitable embellishments. And those are the swords this beast will be using to beat the enemies of Ios into a bloody pulp. All in all a very cool kit. A suitably Regal sculpt for this character warjack. If you loved Rolling Bones goreshade but haven’t been able to pick one up, now’s your chance to get the next best thing. The sculpt is identical, save for the absence of the titular rolling bones. Instead you get some cool skeleton bits mixed in with that green flame. Which, who knows, you might even prefer. I mean I picked up a Rolling Bones Goreshade, but maybe not everyone wants a warcaster who seems to his existence is all part of some crazy game. Regardless of which one you end up with, it’s a cool sculpt. I don’t think anyone will deny that this is a phenomenal improvement over the last one. He’s even tall enough to look like he deserves to be on that medium base. And a crazy cloak to flap around in the breeze… Make him look all regal. And here’s his new Deathwalker. Last up for June it’s another light vector. I’d try to sound more excited but this is the fifth one I’ve gone through this with. But I still thought I should take pictures. A lot can change from one casting to another. Or not. The detail is good in all the same places it already was. ~Make sure you check back soon for the Hordes releases. It’s an amazing batch.

Author: Ben Williams
Ben Willimans is a Professional Painter and Columnist at Bell of Lost Souls. He has been involved in the hobby and art side of miniatures and the tabletop gaming industry for over 20 years. He has won multiple national painting awards.
Advertisement
Convergence Cryx Miniatures Retribution Unboxing Warmachine-Hordes
Advertisement 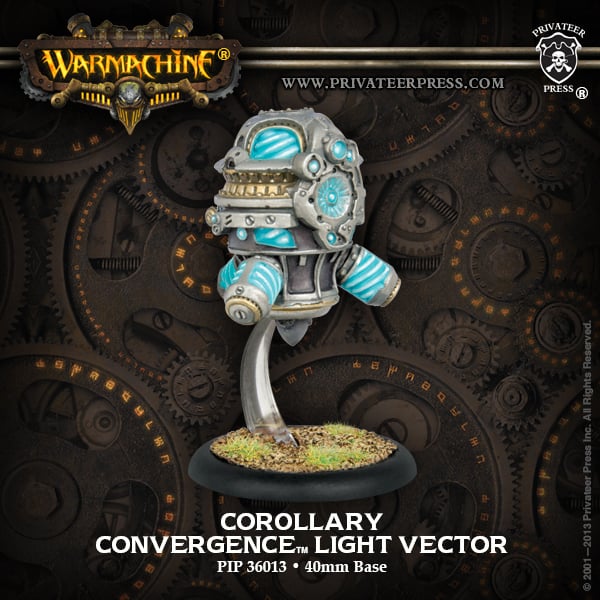