40K: The Fall of Eldar and Tau 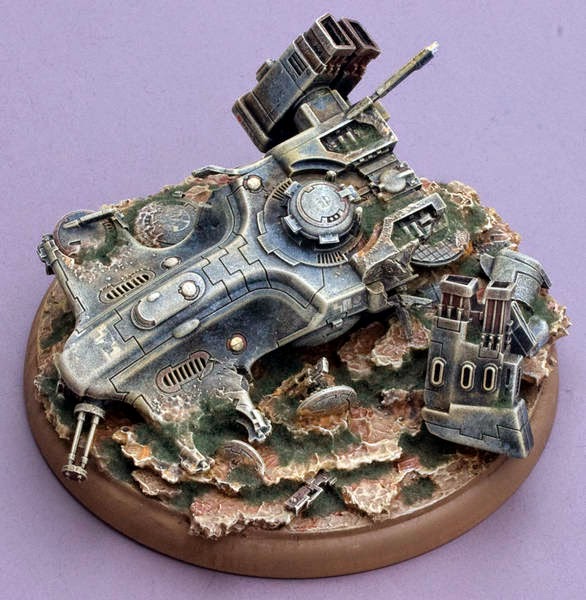 The Emperor is Dead – Long Live the Emperor! – Here’s why Eldar and Tau’s days are numbered!

I’m not going to lie… Eldar and Tau were at the very top in 6th edition and no one can dispute it. However 6th edition was problematic and many things have changed with the release of 7th edition and I’m sure we will see a lot more change as the new codices are released.

GW has a lot of competition these days… Two codices staying at the top for more than two years could kill them from a business perspective and contrary to popular opinion I think they do care. The good old days back when one codex such as 3rd edition Blood Angels dominated the meta over the course of several editions are over. Nerfs to Tau
Tau can no longer take Eldar or Space Marines as Battle Brother allies. This for example means you can no longer cast Guide or Prescience on Tau units.

Independent characters can no longer join monstrous creatures. This is another huge one and diminishes the value of the Buff Commander so it’s really two blows.

Blast templates now hit everything underneath them so it will be harder to protect Pathfinders and Fire Warriors. This can offset by taking Tetras (Forge World 40k approved unit), Marker Drone squadrons and|or Skyrays (i.e., networked markerlights) in place of Pathfinders — and using the the Farsight Enclave supplement to field Crisis Suits as troops. Some people swear by Crisis Suits too but it’s an adjustment for many in terms of they played Tau in 6th edition.

Vehicles will be more powerful in 7th edition. Tau players can redesign their armies to be more efficient at wrecking armor but it will come at the cost focusing their fire power on enemy infantry. I think Tau were inherently designed to be more powerful at anti infantry opposed to anti tank. Why Eldar Will Fade in 7th
A lot of people have said Eldar came out smelling like a rose… This is just the beginning though and historically the vast majority of codices written by Phil Kelly don’t age well in terms of competitive play. Look at the 4th edition eldar codex as an example — units such as Eldrad, Harlequins and Falcons with holo fields were MUST TAKE units. The same can be said for his Space Wolf codex (e.g., Grey Hunters, Long Fangs and Thunderwolf calvary). My prediction is every time a new 7th edition codex is released the Eldar will lose some advantage they have in terms of the overall meta. The Astra Militarum codex is probably a good example of what we can expect in terms of a good codex for 7th edition and I’m sure stronger ones will be released. The soon to release Ork codex could be very telling.

If Eldar players are reduced to simply fielding Wave Serpent spam in order to remain competitive I don’t think they will fare nearly as well over the course of 7th edition. Sure the Wave Serpent is even better now but what if something comes along that can quickly wreck them? I’m sure when the new Dark Eldar codex is released the Baron will either simply disappear or take a huge hit from the nerf bat such as losing Hit and Run. Tick Tock…
Eldar are obviously still one of the top armies (if not the top army) but we are still very much at the beginning of 7th edition and it’s inevitable that two or more new codices will take over the top tier. Eldar seems to have what it takes to still consistently win big but that could quickly change. Honestly I don’t think Tau are still a top tier army anymore as they lost a lot already and will probably lose more over the course of time.

So, do you think Tau and Eldar have what it takes to go the distance?