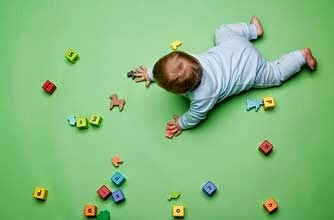 Last April, my wife and I brought a child into the world. Here is how I managed to maintain a (very) modest volume of gaming while navigating the minefield that is parenthood.

Many people here are all-too brutally aware of how life-shaping bringing a child into the world is, the destruction of one’s social life, the death of sleep, and the end of regular weekly visits to the local game store for bouts of simulated battles. Finding a careful balance between my hobbies, my wife, my job, and the responsibility of parenthood took some trial-and-error, and did not always go particularly smoothly, but after 13 months, I feel like I have developed a healthy state of equilibrium.

Where games are concerned, finding this nexus required that I not only evaluate where and when I engaged in my hobby, but also what the hobby itself entailed.

Miniatures gaming itself has proven to be particularly difficult to fit into the chaos of what has become my new life, but has still been a possibility. Driving to the game store during its weekly Warmachine or X-Wing night with a plan to play some pickup games from 5-to-9 just was not going to work anymore for my family. Additionally, it is difficult to justify time spent sitting at the local game store while waiting around for games when your wife is at home trying to keep your son fed and bathed and the house from burning to the ground. So, here are a few ways I make things work.

If I am going to squeeze a game or two in, setting them up in advance is always a good idea when you want to waste as little time as possible. Too often have I arrived at the LGS only to find all participants mid-game, or worse, beginning new games. This, of course, results in lengthy periods of sitting and waiting at the store instead of either playing games or being at home washing bottles, doing laundry, or simulating fatherhood.

Setting up your games ahead of time also ensures that you are going to be playing against the type of opponent that you really want. If I am looking for a tough game against an opponent who knows the rules and is bringing their A-game, the time I spend playing might not feel as satisfying to me if I can only find a game against a green player with starter box. This is not to say that playing against new players is a waste of time, but if I can only get one or two games in over a given month, I want them to be on my terms.

The closer to home you can play your game, the better. If I can snag a game at the shop fifteen minutes from my house, I’m spending less time traveling, which means I’m spending more time at home keeping the sanity of the household intact. Better yet, get your games in where you live. If you have the space and resources to put together a gaming table, do it. This way, if you need to step away to hold a crying infant while your spouse uses the restroom or needs a few minutes to reset their faculties, you can make that happen.

When getting to the game store or arranging for a game under your own roof are not really good options, it may be time to look to electronic gaming media to fill the void. Fortunately, there is a wealth of choice to be found here. iOS- or Android-based gaming is typically the least disruptive since it often works on devices that are on your person anyway. Games that require only a single finger to play can be a great way to keep your self awake when holding a sleeping baby in the late hours of the night, with personal favorites of mine being the tower defense series, Kingdom Rush, the play-by-mail game, Hero Academy, the most-excellent online collectible card game, Hearthstone: Heroes of Warcraft, and the short-form space simulator, FTL.

I’ve also been quite happy with my investment in a Nintendo 3DS XL. It has a wealth of high-quality strategy games and tactical RPGs like Fire Emblem: Awakening, Bravely Default, or Mario & Luigi: Dream Team that are all fair replacements for tabletop fair. The 3DS also can be put into sleep mode by simply closing the clamshell in the event that your presence or action is suddenly needed, which will often be the case, making it an ideal medium for getting your gaming dose.

PC and console gaming can be tricky, especially where any kind of long-commitment online format is the norm, making MMORPGs like Final Fantasy XIV or MOBAs like League of Legends or DOTA 2 somewhat treacherous, while not necessarily out-of-the-question if proper precaution in regards to timing and spousal communication have been taken. For instance, I regularly play League of Legends, but I typically only play during my wife and son’s hour-long bedtime ritual, which is just about the longest I have ever seen a match of League of Legends run.

As with iOS gaming, FTL and Hearthstone can both be found on PC or OS X as well and are rather low-requirement affairs in terms of processing power, so most machines should be able to run them, and again can be played easily while also holding a dozing infant. Games without an online component that can be paused and played in short bursts aren’t a bad idea either. Skyrim specifically provided me with hours of on-again, off-again entertainment over that past 13 months.

Alright, parents. How did you get through your first few crazy years while still engaging your geek habits?

Author: relasine
Relasine is a veteran tabletop wargamer with over 10 years of experience. His specialty is Privateer Press' Warmachine & Hordes gamesystem. He began writing for BoLS in 2010.
Advertisement
Community Editorials Wargames
Advertisement 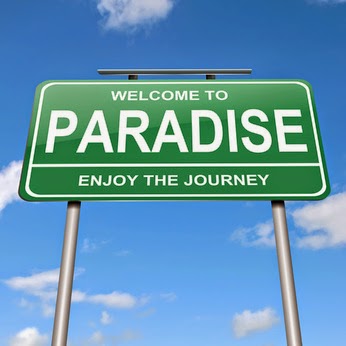