Ork Releases: The Tortoise and the Hare 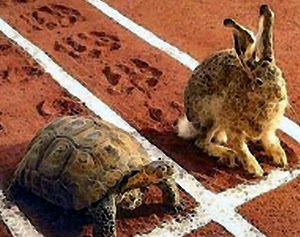 After over a year of breakneck releases, GW shifts into 3rd gear and eases off… What gives?

The sleepy Ork release window is stretching on…  But why?

It’s been over a year since Games Workshop went to warp speed with releases.  People can hardly remember the old days when you might go months between any new releases for a particular game, and the minis came in irregular spurts and stops.

Remember back when GW would pay attention to one system for several months, then switch to another.  I still remember the lament of Warhammer Fantasy players who waited almost a full year after 8th Edition was released before their first couple of Army Books were released.

Just imagine what the 40K community would do it there was a 6 month gap in any releases. People would LOSE THEIR MINDS!

The releases sped up to breakneck speed roughly 1 year ago and never let up.  With multiple kits arriving each and every week, and the standard releases window settling around a 2-3 week timeframe with an army book and about 4-6 kits based on the army.

Then we hit 40K 7th Edition which came out of nowhere from an official GW news point of view.  Normally GW will accompany a new release with a lot of fanfare and give it a wide release berth so the community can soak it all in and buy up all the new edition products.

Not so with 7th.  It hit like a thunderbolt, and then just as quickly we moved onto Orks.

And now, something has changed

The Gorkanaut came out of nowhere, taking everyone by surprise.  We should congratulate GW on that level of information control. Still, though it was a big kit and deserved it’s own release week.

But then this upcoming week we get the surprise of only the single kit of Flashgitz, with the White Dwarf tease of the Big Gunz next week – overall a fairly sideshow kit.

With multiple other Ork kits rumors or already spotted (Meganobs, Codex, Big Mek, and the other rumored ones), folks are wondering whats up with the slowdown.  This Ork release is already the first to not drop the codex in the first 2 weeks., and has a drowsy kind of energy to it with the community.

It almost seems like an experiment from GW.  They’ve run the machine at full speed, and perhaps want to see what happens if they stretch a release out over a month with 1 kit a week.

Option A) A fast paced release with multiple models a week which comes and goes fast with a lot of energy.
Option B) A slow stretched out release with few models per week that gives customers more time to buy, but lessens the overall community energy level.

I don’t know the answer but GW seems intent on finding out.

So relax and enjoy the ride.  Like all scheduling strategies from GW – the one thing you can count on is it won’t last for long.

Author: Larry Vela
Dad, Gamer, Publisher, Pilot, Texan. All games all the time since junior-high. I started BoLS Interactive in 2006. I’m a lifelong tabletop & RPG gaming enthusiast, and internet publisher working to entertain and inform my readers every day. I've been playing RPGs and Tabletop Games since the 1970s. I'm been playing and covering Warhammer and Warhammer 40K for over 35 years.
Advertisement
Editorials Warhammer 40k Warhammer Fantasy
Advertisement 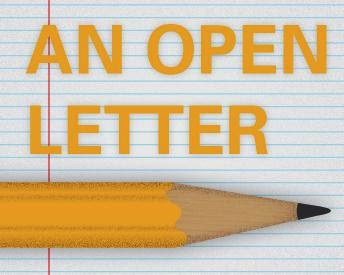