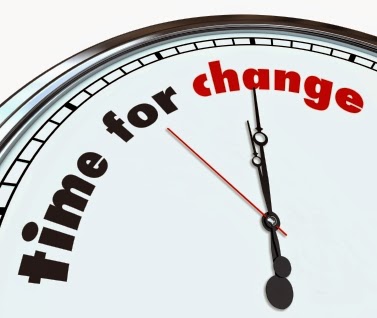 With the rise of successful pre-painted miniatures wargames, is the industry headed for a big shakeup?

The Not So Distant Past
Once upon the time the conventional wisdom in the industry said that pre-painted minis were a death sentence. If you wanted to make a “real product” you would avoid the concept like the plague.

Sure it might make your game easier to adopt, but it would just be kids who picked up the pre-paints and they weren’t “real gamers”.  Because remember “real gamers” love all that assembly & painting hobby stuff that goes along with the minis.

And that worldview was pretty much accepted for the last ten years.  But lets be honest – a large part of it was probably due to these guys: Remember them?  That’s a Dungeons & Dragons Kobold and Ork.  They came with a giant amount of other buddies of similar quality, along with all manner of Battletech, superheroes and every type of HEROCLIX mini you could think of.   The plastic was soft, lacking any detail, the painting was … not to Golden Daemon standards.  The lack of epic success of these lines or any game associated with them scared pretty much everyone off treating pre-painted minis seriously.
Where We Stand Today
Fast forward ten years to 2012 when a little company you may have heard of by the name of Fantasy Flight Games threw these guys into the wargaming industry: X-Wing The Miniatures Game was the breakout game of 2013 and looks poised to be a repeat in 2014.  Just ask your friendly FLGS how easy it is to keep the latest waves of ships in stock.  If there is a sweet spot to be had in wargaming between quality of miniatures, easy rules, deep tactics, and a killer license, FFG may have found it.
Then take Paulo Parente’s DUST universe which sells miniatures base coated with decals applied out of the box, with a premium pre-painted range that arrives on your doorstep looking like this: The dangerous thing for the traditional on the sprue games is the incredibly low barrier to entry these newcomers offer.  Once you’ve seen a group of gamers playing X-Wing draw in a newcomer, who literally pulls ships off the shelf, buys them and is in the game ten minutes later, you can appreciate the potential for viral growth a quality pre-painted range allows. It’s the traditional games high barrier to entry that can hamstring them if they aren’t careful (I’m looking at you Warhammer Fantasy).  Expecting a new gamer to shell out hundreds only to have to slog through months of painstaking hobby effort before coming to the tabletop is a harder and harder sell each passing month.
The Technology Angle
Certainly the technology for pre-painted quality is here and I can only see more of this type of thing in the future.  As an example of technology take a close look at these toys: This is a line of collectible plastic toys out of Japan.  On first hand they don’t look terribly impressive.  But note that these are in 1:144 scale and most are barely bigger than a single Terminator.  Also, these planes are over 5 years old!  They contain screen printed marking that most hobbyists simply cannot reproduce by hand.

Fast forward ten years from now and ask yourself what will be possible with printing and painting technology.

So I will ask you, do you think preprinted minis will take over our industry, leaving the “old fashioned assemble and paint it yourself” minis as antiquated as lead miniatures?
And most importantly, could you see yourself going for pre-painted minis for your future gaming needs?

So what’s your opinion on pre-painted minis?  Heresy, or the shining future?

Author: Larry Vela
Dad, Gamer, Publisher, Pilot, Texan. All games all the time since junior-high. I started BoLS Interactive in 2006. I’m a lifelong tabletop & RPG gaming enthusiast, and internet publisher working to entertain and inform my readers every day. I've been playing RPGs and Tabletop Games since the 1970s. I'm been playing and covering Warhammer and Warhammer 40K for over 35 years.
Advertisement
Editorials Miniatures Painting Wargames
Advertisement