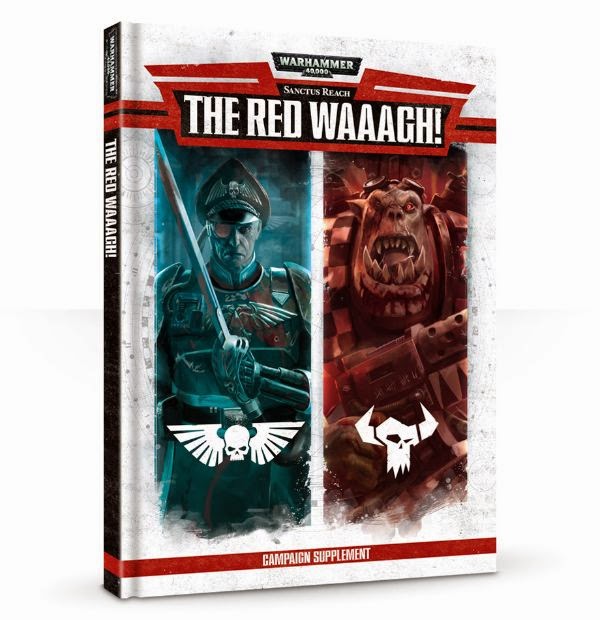 At long last, GW pulls the covers off of The Red Waaagh and some other goodies:

A storm of violence is about to break upon the Knight world of Alaric Prime. At the head of a vast greenskin horde, Warlord Grukk Face-rippa leads the attack against the forces of the Imperium.

The Red Waaagh! is a 112-page hardback book introducing the Sanctus Reach campaign. Inside you will find: Waaagh! Grukk, which is the story of the Red Waagh! and its attack upon Alaric Prime. There are twelve scenarios that allow you to refight the battles of the Red Waaagh! and five datesheets that provide detailed rules for famous formations that fought in the war for Alaric Prime.

Planetary invasions in Warhammer 40,000 have never been more deadly, the The Red Waagh! also includes fully updated rules for Planetstrike and Planetfall missions. The Red Waaagh! is the opening instalment of the Sanctus campaign and Sanctus Reach: Volume 1 combines this campaign supplement with the Evil Sun Rising novella by Guy Haley into one exceptional collector’s edition.

These two small format hardback books are presented in sturdy slipcase and contain all the same content as the large scale editions.

This multi-part plastic boxed set contains 3 Meganobz (one of which can be assembled as a Big Mek in mega armour), a Trukk mob of 10 Boyz with their Truck, a Deff Dread, a Mek with a Grot Oiler.

Hmm, so this two-book seems to be yet another set of the smaller format hardcover books from GW.  Last month we saw the boxed set of all ten hardcover small format codices.  It would appear that GW is going to continue to bundle small format books previously published in the future.  I’m more intrigued by the inclusion of the Black Library novel in this weeks set.  It could be GW attempting to slowly integrate Black Library content into the “mainline games” side of things, just as they have pulled Forgeworld every closer to the core of their gaming system.
I’m really curious to hear your thoughts on the two Sanctus Reach products and which ones you feel you might pick up and why.
Subscribe to our newsletter!
Get Tabletop, RPG & Pop Culture news delivered directly to your inbox.
By subscribing you agree to our Terms of Use and Privacy Policy. 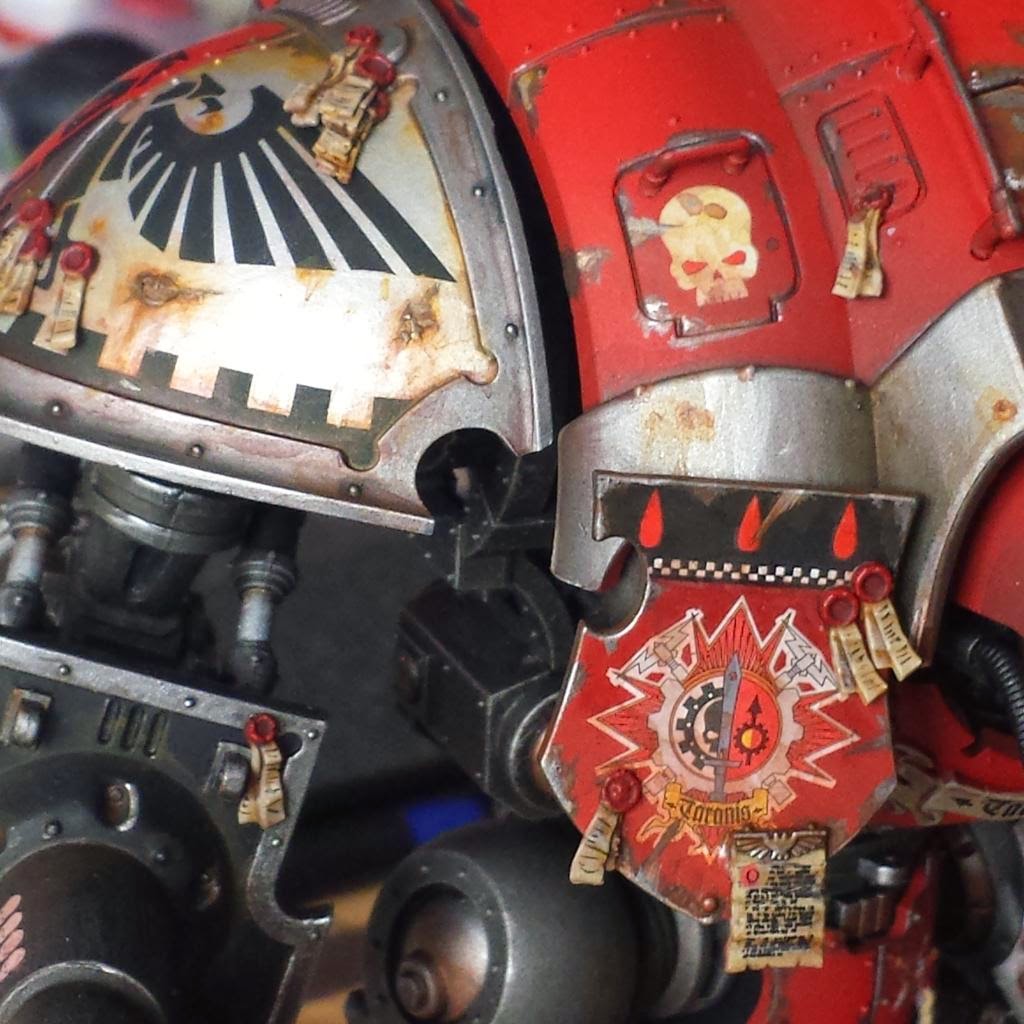