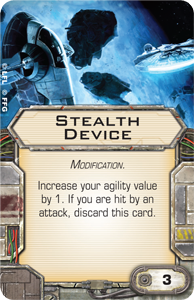 Hi Guys,
It’s time for another Swarm Theory, now that we have got the 8 TIE swarm out of the way we get to look at the 7 TIE Swarm and Howlrunner!

So just as a quick recap over the last two parts of Swarm Theory we have gone over how the basic TIE Swarm works with lots of small attacks focused in to one area and the advantages that presenting multiple targets has by helping you keep ships alive after they have taken damage, due to the fact that they continue to operate at full effectiveness until dead, so if you can keep them an extra turn or two with some fancy flying it can really help drag the enemy down.

We also covered how important the opening moves are for a Swarm and I stressed the importance of practicing them a few times, even if it is by yourself.  This principle gets even more important when flying with a fulcrum such as Howlrunner (or Biggs if you are Rebel Scum…)

So lets just jump right in and show all of you TIE lovers the woman of your dreams! Here she is, Howlrunner in all of her 18 Point glory.  She is still just a TIE Fighter but does boast a lovely Pilot Skill of 8 and has access to an Elite Pilot Talent.

The important part though, is her Pilot Ability;

“When another friendly ship at Range 1 is attacking with its primary weapon, it may reroll 1 attack die.”

If you feel like taking an Evading Action instead of a Focus Action the numbers are still a 75% Chance of at least one Hit and a 38% chance of 2 Hits.

As a force multiplier this is fairly insane and while obviously your opponent will still get a chance to Evade your shots as long as you took a Focus Action you will have a 78% chance of getting at least one Hit through two Un-Focused Evade Dice, which is not too shabby at all when you are rolling up to 6 Attacks.

*Take numbers with a pinch of salt as its a dice game and some rounding was done to keep the math easy.

Now that we have covered what she does and why it is good lets look at how she fits in to a 100 Point Squad.

Now obviously as she is 18 points you can no longer fit 8 Ships in to a list with Howlrunner.  The simplest thing to do is stick with TIE Fighters and if you went with 6 Academy pilots you have 10 Points left for Upgrades.

The Upgrades I like the most are things to help Howlrunner stick around for a bit longer, with a Stealth Device being a popular choice that gives you an extra Evade Dice until you suffer your first hit.
With the emergence of Lt. Blount with Wave 4 and his ability to always count as hitting his target I can see a Hull Upgrade becoming more popular but that could just be a knee jerk reaction.
I am also a fan of giving her Determination for 1 Point as her Elite Pilot Talent, ensuring that you ignore any pilot related critical hits can help to ensure that you Pilot Ability continues to function even if you are hit by an Injured Pilot result.  It may not happen often but when it does you will be glad of the one point spent!  There are 8 Critical Hits that are related to the Pilot and seeing as that is just under 25% of the deck there is a fair bet you will get some mileage out of it, especially if you do go Hull Upgrade rather than Stealth Device.

So even if you go for that you will still have 6 points left to play with and this is what is so interesting about a 7 TIE Swarm.  After the essentials of Howlruner and something to help her you have between 10 and 6 squad points left to upgrade a TIE or two.

The same options are open to you as in the 8 TIE Swarm where you can include a named TIE to add either some more Offense or Defense depending on your play style.  The most common choices are Dark Curse or Night Beast for defensive options or Mauler Mithel or Backstabber for a more offensive take on the theme. Most of the time you will see this seventh Ship deployed as a flanker rather than in formation but another option that adds another level of protection to Howlrunner is to go for Night Beast as your Flanker (or drop Determination if you want to stick to one of the 16 pointers) and then use the remaining point to upgrade a second Academy Pilot to a Black Squadron Pilot with Draw their Fire allowing him to absorb any Criticals from Howlrunner on to himself.
All of these options do focus on sticking with an build which is exclusively TIE Fighters, which whilst perfectly viable is not your only option.
If you feel like adding a whole load of Hit Points and a little more firepower to your list why not throw in an Omicron Shuttle to the list (although that does leave Howl without a Modification) or if you are looking for more punch in the list but on a slightly cheaper platform going for an Alpha Squadron Interceptor is a choice I like as operating it as a flanker/blocker, it is a hard ship to ignore but also quite hard to pin down.
A happy medium could be to add in a TIE bomber for 3 extra Hull Points in the list for a fall off in Maneuverability.  All of these options are viable and offer there own slight variations on how the list will play.
The main thing about the core build for a seven ship list is that you are going to finish up with a group of 6 TIE Fighters including Howlrunner and now all you need to do is figure out how they will work together on the table.
I find the formation flying of the 7 TIE Swarm more limiting that the 8 TIE swarm just because of the reliance of remaining in Range Band 1 of Howlrunner but the advantages she brings have been spelled out.
One of the common mistakes that a new player to the TIE Swarm can make is that they know that you can’t fit in column during deployment and so they deploy in two ranks of three.  This means that as you had to deploy first (being mostly Pilot Skill 1) your opponent can have an easier time flanking you and dictating range on the rear most TIE’s
This can be avoided with a little practice and a set up like this. With this type of deployment you would deploy four Academy TIE’s in a square (ensuring you have enough space to maneuver without collisions) You then place Howlrunner and the remaining TIE facing the square ready to Hard Turn in to formation on your First Move.  As you can see the Square must perform at least a Three Ahead to give enough room for the other two TIE’s to perform a Hard Three and finish in formation.  If you would like to advance up the table more you can do a Four Ahead with the Square and just move the Turning TIE’s one ship length up the table on deployment to achieve the same Column Formation.
This then allows you to Bank in to a Checker Board Formation or to Hard Turn in to Line when it is time to Cut In on to the opponent. Giving you a better control of the engagement range of all of your ships whilst maintaining the tight formation to ensure everyone benefits from Howlrunner.
When flying in this manner it is well worth taking a moment to consider your opponents list, especially now that Wave 4 is on the shelves and being played.  There is a lot of talk about the Assault Missile Swarm on the Headhunters and if you fly carelessly this kind of list can do a massive amount of damage to your tightly packed formation.  Whilst I am yet to see anyone put this plan in to action on the table as it is very geared towards anti-swarm and it is essential that you are aware of it!
Thanks again for taking the time to read my thoughts and I hope they are helpful to new and experienced players a like! Please take the time to leave a comment if you have any questions or requests and check out my Blog at The Dice Hate Me – Kris

Next time on Swarm Tactics we will be covering the actual flying of both the 6 TIE group and whatever you chose to be the 7th Ship.  If you have any interesting experience with or against a 7 TIE swarm I would love to hear about them so comment away!  Also worth pointing out the slight name change of the series to just Swarm Theory rather than TIE Swarm Theory so yes there will be some Rebel Swarm talk soon… 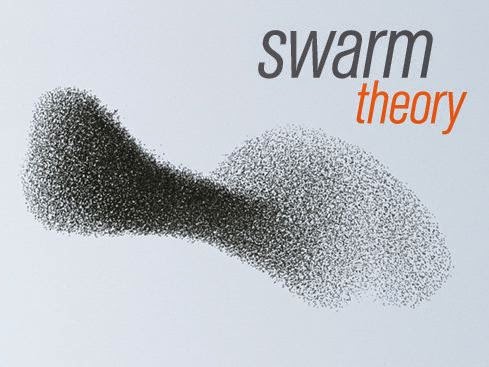