FoW – Getting Rid of Dug in Veteran Infantry 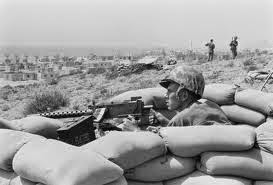 Hi all, I’m going to try and tackle one of the most difficult problems in FoW, how to remove Dug in Veteran Infantry.

Anyone who’s played the game will have needed to assault infantry – and when they’re all vet’s with MG’s and Fausts they can seem an almost impossible problem to deal with – but there are options, and we’ll explore them here.

There are two gun types which are really good at removing infantry, flamethrowers and breakthrough guns. For the uninitiated, flamethrowers are either infantry or vehicle based weapons which always fire at their full RoF and all you need is a skill test to hit – and automatically kill (and pin) enemy infantry – their main downside is they only have a short range (usually 4 inches) and you can only move 6 inches before shooting. Both of these together mean you rarely can kill more than a handful of teams when using them – but sometimes the loss of a couple of stands and the pin really helps in assault (more on that later).
Breakthrough guns are guns which offer infantry teams no save – you still have to hit (so pairing these guys with some recce works well) but as a way to remove enemy infantry at a distance (and often their supporting gun teams) these are fantastic. Often artillery has this rule in direct fire – but are rarely in range, but some assault guns like German StuH 42’s, allied 105mm shermans and Hungarian  Zrínyi II are an infantry army’s worst nightmare.
The other option with shooting to remove infantry is just quantity of fire – the US excel at this with their 50 cal MG’s. It’s not anything subtle but lots of shots will cause infantry to fail saves and again firepower tests must be passed. Once again having recce will help you significantly.
The final form of shooting which really works on these guys is artillery – and a special mention must go to the Brits on this with Mike Target. This rule means that when you do a ‘repeat bombardment’ enemy infantry must reroll successful saves – even the humble 25pdr is fearsome now!

Now all of the above are useful, but realistically you will often need to assault the enemy off the objectives. If you can use the above and focus on anti tank/HMG’s (as appropriate for your force) you’re in with a better chance – alongside this having your opposition pinned and smoked will also help reduce any shots coming back at you in defensive fire. In my head there are two key questions to ask before assaulting. 1) will the defensive fire bounce me? If the answer is yes (and you have the time) dig in and degrade the enemy forces further if you can. 2)am I set up right to assault? What do I mean by this? Well in assault teams move 4 inches and one must contact the enemy – teams 8 inches from the enemy can move these 4 inches, and teams can kill other teams within 2 inches. However from where you contact the enemy teams not only do they get defensive fire but they also can counter assault with teams in 8 inches.
So the question breaks down to whether when you assault you can get enough teams into position to swing (if only one if your teams can swing on assault and five of theirs can on the counter is it worth it?) and also is it worth bringing in a team to assault (you can declare some teams non assaulting teams) if it’ll bring in far more defensive fire/counter assaulting teams than you can cope with. As you can see working out the balance between these two questions is tough – often I find hitting the edge or corner of an enemy infantry platoon helps, this works best if they’re spread out due to fear of artillery etc! As for specifics of using tanks or infantry in assaults, some have better rules like Schurzen or Gurkhas etc – but the above is the key.
In the big picture you need combined arms for this – it’s why I’m loving my 26th panzer from fortress Italy, lots of panzer IV’s, some nebs for smoke, some recce to lift GtG and either flammpanzers or Semovente 105/25’s to help remove infantry teams/irritating gun teams supporting the infantry.
So I hope this has helped you with your own thoughts about assaulting infantry – it is hard to do and assaulting an unpinned MG/Faust platoon is never going to be easy – but this might just help you deal with them. 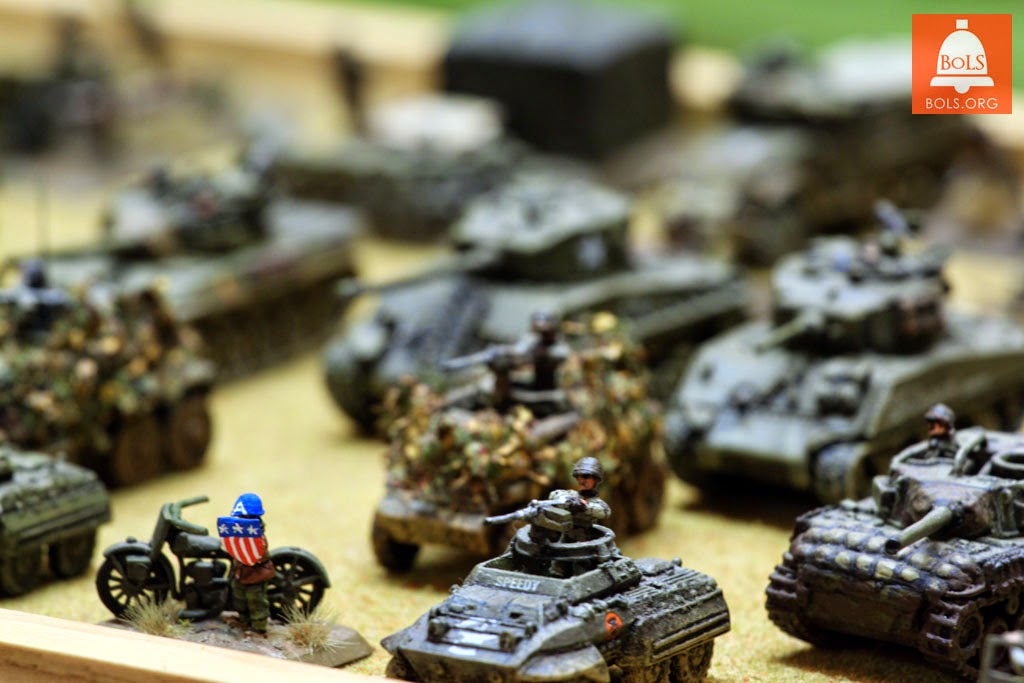