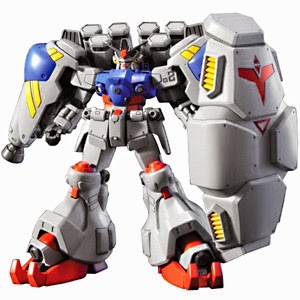 Goatboy here again on another lovely Monday morning. This is my first draftt on an army I might want to play that represents – Chaos Knights!

It is a Necron/Knight build using that mean formation known as Adamantine Lance aka Robots Holding Hands.

Obliterator Virus Affected Crons – The Haterz
Plus the 3 Brothers of Doom
Adamantine Lance
Knight Errant – Khorne Knight – The Hate
Knight Paladin – Slaanesh Knight – The Caress
Knight Errant – The Nurgle Knight that I haven’t made yet – The Stink
Necron CAD
Overlord, Catacomb Command Barge, Warscythe, Weave, Mindshackle Scarabs
Overlord, Catacomb Command Barge, Warscythe, Weave, Mindshackle Scarabs
Warriors X 5
Warriors x 5
Annihilation Barge
Annihilation Barge
I know I can’t be around each other but the Knight formation pushes forward while the Command Barges aka Douche Canoes move on a flank, protecting the Annihilation barges.  I didn’t want to run any Scythes because I just don’t want to be too much of a jerk face.  If you want to run them, drop one Barge, get 2 Scythes for the warriors and complete the popped collar package.
The Annihilation barges should be enough to deal with any flyers as well.  Also there is the goofy thing that maybe the barge can swoop a flyer as it floats over it!?  I don’t think they do – but man that Necron book wasn’t written for this 7th edition nonsense.  The warriors are so weak but I really like the idea of two Douche Canoes/Chaos Possessed monsters floating around.  Heck they are basically pseudo Daemon princes.  Man I hate it when conversions ideas float into my brain.  I don’t have time to make you! I think this type of army will do ok in most W/L events as they don’t push the Maelstrom mission aspect or at least you can still do all the options there.  I went with the Knight as the Warlord as I think it would look cool to have the evil knight running the whole thing.  Plus he will get a 3++ save.  I wish I could run the Special Character knight but 500 points is a little too much.  We have a list idea with him plus the Lance formation but that is for another day and another round of comments.
Next Week:
I want to try and figure out lists that could get the Morkanaut to work.  I think it could be ok with some work and investment in these chunky Ork monkeys.  Just have to math hammer it out to see if it works and if it is worth spending money on them.  I want at least one because I enjoy the goofy style and think it would be fun to paint.  Plus filling it with of Burnas might actually be worth it.

Author: Thomas / Goatboy
Thomas Reidy, aka Goatboy, the ever-evil member of BoLS. I do arts, play 40k, and even paint a lot of stuff. I have been playing Warhammer 40K since the 1990s, and have won multiple national events including Adepticon and GW GTs. I've been writing for BoLS for 15 years. Look at my Instagram to see what I am working on - or working on for someone. I am always doing something hobby related.
Advertisement
Armylists Imperial Knights Necrons Warhammer 40k
Advertisement