Tyler: How did you first become a member of the miniature wargaming and painting hobby? Otherwise, the next personal project is usually my favorite. I do not develop a personal attachment to them. Once they are done I move to the next project and do not look back.
Tyler: You have won 19 Golden Demon awards over a 6 year span, which is astounding. Can you tell us a bit about the amount of work that most go into preparing that many winning entries each year?
Mathieu: One thing is sure is that you have to keep painting and painting and painting. In order to do so you have to keep motivated. The best way to achieve that is to always work on something inspiring. I used to have projects planned for the year telling myself that I would enter project “A” to this event and then follow with project “B” for another event and such. Unfortunately it does not really work for me.
There was always that new miniature coming out which I really wanted to paint. So the planning usually went out the window in favor of the new product. The best way to get better and be productive is to be inspired and motivated. So, like I always tell my students, the best project for you is the one you really want to paint now. Not the one you think will allow you to work on a specific side of your painting.
The other important aspect is to remember what you are painting for. If you are painting for yourself, great, skip this part. If you are painting in the hope of winning (because you should never paint to win as it is the best way to get disappointed) you have to be aware of the factors involved. So many people complained about the results at various Games Day events when in fact they forgot the number one rule: respect GW ethos. Every time I attended the UK Games Day, three in total, I would see this exquisite squad of highly converted terminators. They were gorgeous but you could not tell which chapter they belong to or even if they were loyalists or heretics. Every company sponsored event is a window for marketing. They will only promote entries respecting their universe. If you are not ready to play along these rules, there are plenty of independent contests out there.
Otherwise it took a lot of energy drinks, painting until the small hours of the morning often in the bathroom of your hotel room the night before the event.

Tyler: Can you name one major change in the painting world that has impacted you the most since you started (basing changing from green flock to an integral part of the mini, more subdued colors, source lighting, etc.)?

Mathieu: The understanding that miniature painting had a lot to extract from fine arts, in fact everything. When you dissociate the miniature from its gaming aspect or from the purpose of a hobby and understand that every fine arts techniques and theories can be applied to this medium, that is when you will be able to exponentially grow as a painter.
I have a hard time considering miniature painting as a form of art in itself but I surely preach to take every aspect of the great classical artists and transposing it to miniature painting. Zenithal lighting, NMM, vignetting, the importance of color theory are all things you will need to understand and master in order to achieve great results.
In regards to fantasy miniature painting, I would say the shift happened with the emergence of the Rackham studio and the emergence of what was to be called the “French touch”. Cyril Abati, Jacques-Alexandre Gillois, Allan Carrasco and Thomas David, to only name these, are some of the artists I think of in term of this change. All of a sudden, entering the Golden Demon was not about entering a part of your army and hope for the best. It was all about entering one piece, painted to perfection for the purpose of competing, being displayed, not played.
Shadows did not automatically belong in the cracks nor the highlight on the edges anymore. Highlights and shadows were to be understood in relation to the light. Ink washes were replaced by technical blending of colors to control the effect of the light. Elaborate palettes were not a thing reserved to miniature from Chaos anymore. Colors went beyond the simple basecoat with a darker shade for shadow and lighter shade for highlight.
This understanding is what brought our entire hobby forward. It is what characterize the standards of a display miniature nowadays.

Tyler: What direction do you think miniature painting is going to go in next in terms of style and techniques?

Mathieu: I do not see any major shift. What we are seeing more and more is the increase in the graphic style. Texture is more dominant. Everyone keep pushing the envelope which is great. It means that you cannot take a seat back. You always need to keep pushing to stay in the game. Tyler: You have won awards at the US, Canadian, UK and French Golden Demons, what made you want to travel to all of these different competitions?

Mathieu: Meet new painters, see new styles, compete in harder events. The first Golden Demons I attended outside Canada was in France. It was in fact my first time ever in Europe. I arrived the Saturday morning and was leaving on the Monday. I spent the entire weekend totally jetlagged. I finished 4th in 40k single. Competing at these event is one thing. For me, what I retain the most is all the friendships that have developed from these events. To this day, I have to say that my best friends were met at these events. The world of miniature painting is a great community.
Otherwise I have to admit being a bit of a competition junky. Some would call us the Demon hunters and honestly, I cannot deny being one. Even though I have 19, there’s always an extra one missing to the collection. Unfortunately, it seems that the count will not go up in the near future. Tyler: It appears that the Golden Demon is either gone or in hibernation this year, what impact do you think the loss of the competition would have on the painting community? (editors note: Warhammer Fest had not been announced yet at the time of this interview.)

Mathieu: It is still hard to tell. I sincerely hope that contests at GENCON and Crystal Brush will be able to take advantage of the situation. Independent and Open shows such as MMSI in Chicago, MFCA in Philadelphia, AMFS in Atlanta and many others also have a lot to gain from this.
These last shows are all independent and following an open format. So you can present basically whatever you want without any marketing incentive to follow. Furthermore, awards are given in accordance to your skills and not in comparison to others. Several painters can leave with a gold medal. Basically, you compete against yourself. You try to beat your result from the previous year instead of trying to grab one of the only 3 places available on the podium.
Furthermore these contest are about one thing and one thing only: miniature painting. Everyone there is truly interested in miniature painting which guarantees great discussion not revolving around the cheesiest army list of all.
I think the community will survive easily the absence of the Golden Demons. It will push painters toward these other shows and maybe they will explore new range of miniatures they did not before. It is also up to us to fill the gap. I am personally heavily involved with a new contest in Québec city, The Northern Defenders Painting Contest. Last year was our first “official” edition. We ended up with a quality of entries beating most of the well established contest in North America and we are only hoping for better next year. We surely hope to see all of you next March. Tyler: There are very few miniature painters who can make a living off of their work and most of us have to keep a “day job”. Do you find it difficult to balance life, work, and painting?

Mathieu: I have been solely living from my painting for quite a few months now. It was definitely something that needed to be built into. When I finally did the move, I had a good lists of clients with quite a few orders in. A lot of people do not realise the amount of hours per week you spend painting. Several persons have the false fantasy that being self employed means working whenever you want and take breaks whenever you wants. Yes there is some of that but the “breaks” part does not really happen. So basically you end up working 70 hours a week to make a decent salary but since you are doing what you love, you do not really mind.
Even then, yes I love what I do, but sometime I am sick and tired of a model but I still need to push through and finish it. In term of balancing life with it, well it is like any other person who is self employed. We do our best and we hope that our significant other is comprehensive and supportive of what we do.

Mathieu: Thank you for this opportunity and remember, keep painting! Head over to Mengel Miniatures for the full, extended interview as well as even more pictures and be sure to check back regularly for future installments.

You can see more of Mathieu’s work on his blog, Studio Akaranseth and at his Facebook Page.

What are some questions you have always wanted to ask the leaders in our painting hobby and who do you consider a Miniature Painting Master?

Author: Tyler Mengel
Tyler Mengel, the man behind Mengel Miniatures. He is a well-known tabletop miniatures hobby and painting enthusiast. Tyler's work has appeared on Warhammer-Community.com on multiple occasions. He began writing for BoLS in 2012.
Advertisement
Hobby Interview Painting
Advertisement 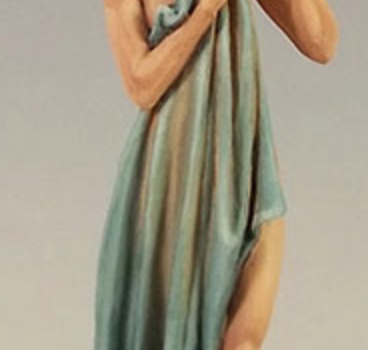