A Skorne Praetorian earns a place of honor through glorious death in battle. A Khadoran mechanik braves the perils of the battlefield to keep the warjacks in his charge up and running. A swamp gobber uses guile and subterfuge to survive and keep his family fed. A Satyxis Captain revels in senseless slaughter. A Cygnaran Trencher learns a thing or two about gambling with gobber bodgers. A member of the High Shield Gun Corps out of Hammerfall keeps a hangover at-bay to survive a surprise attack. A kriel warrior finds the inner strength to take up the caber. A Winter Guard investigator probes a crime scene where a prominent Grey Lord has been found gruesomely murdered.

Iron Kingdoms Excursions: Season 1 is an eighteen-part collection of very short stories, arguably classified as anecdotes, divided into six separate volumes with one volume releasing monthly. Each story follows a new character in a unique circumstance with no real over-arcing story line connecting them. They are a beautifully-executed anthology of tranche di vie, with each new story giving the reader a new look at the Iron Kingdoms. These stories are told by a variety of authors, from Privateer Press regulars like Doug Seacat, Will Schick, and Aeryn Rudel in addition to some writers who have joined the fiction division of the Iron Kingdoms through Skull Island Expeditions, such as New York Times Best-Selling author Larry Correia and the multi-Hugo Award nominated Howard Tayler.

Where fantasy or science fiction literature is concerned, people often discuss quality of setting as an incredibly important part of the entire experience, often the most important part of it. I have read plenty of fictional works set in places that are wonderfully realized. While I firmly believe that the Iron Kingdoms is one of these settings, it is because of works like Excursions that it is a place that exists beyond its elevator pitch and cosmology.

Life is different in every part of the Iron Kingdoms, and the reality of the Iron Kingdoms themselves is further painted by the perceptions of its denizens, represented beautifully, in this case, by the subjects of Excursions. Many who find enjoyment in the fiction of this setting rarely get beyond the trials of the demi-god warcasters and warlocks who can single-handedly turn the tide of battle through their presence alone, but Excursions eschews these extraordinary individuals altogether, instead focusing on many of its more mundane inhabitants.

The content and tone of these stories is also widely varied. Some of them, like Will Schick’s “Raiders in the Night” or Darla Kennerud’s “Replacement Parts”, follow a character in the thick of battle. Many, like Doug Seacat’s “Failure to Impress” or Howard Tayler’s “Scrap Ante”, are completely devoid of violence. Orrin Grey’s “Weapons of the Enemy” is the internal soliloquy of a Vassal of Menoth that exists outside of time and space altogether. It is a terribly effective method showing us not just the locales of Western Immoren, but its people, how they think and talk, what they value, what motivates them, and how they view the increasingly-complex patchwork that is the Iron Kingdoms.

I was also happy to find reappearances of familiar characters like Mo and Rala, the gobber mechaniks from Howard Tayler’s “Heartfire” from the Called To Battle: Volume One collection, as well as Savio Montero Acosta, the strange and secretive Ordic duelist found in Larry Correia’s “Into the Storm” novella.

As an avid fan of the Iron Kingdoms Roleplaying Game, these types of stories as just as valuable to me as the cosmological, political, economic, and ethnic realities of any one specific place. Hearing the thoughts or words of a Vassal-slave is fascinating to me, as is knowing and understanding what exactly possesses a trollkin to carry sixteen hundred pounds of stone and metal into battle. Having an idea of what that type of existence entails gives me a much better idea as a game master on how I should be treating these types of characters in-game, and as a player, I feel more comfortable interacting with them.

The prose in Excursions is largely fantastic throughout the entire season. There must be something about writing in the short form that frees a writer up to focus as much on the art of the written word as much as they might otherwise concentrate on pacing, arc, and plot.

The distribution of the set was fairly novel to me as well. Each month, three new stories were released in a single volume costing less than a U.S. dollar. This makes the barrier of entry quite low for anyone who might be curiously glancing at Skull Island Expeditions, and since these stories are not really in any way connected to each other or, with two previously-noted exceptions, any other stories from Skull Island, there is not anything in the way of required prior reading. If the robust lexicon of Western Immoren’s magic and technology has you at a loss, there is concise summary of the setting in the introduction and a context-built glossary at the end. Add it all together, and you have an excellent entry point into the world of the Iron Kingdoms.

Overall, I am a huge fan of this series, and suggest that anyone with even a passing interest in the Iron Kingdoms pick up at least one of these volumes, as it has the potential to create a pathway into this fantastic setting that grows larger and more complex with each coming month as Skull Island Expeditions and Privateer Press continue to fill it with new and captivating characters and locales. I sincerely hope that Season 2 of Excursions lives up to the promise of Season 1, as I eagerly await its publication. 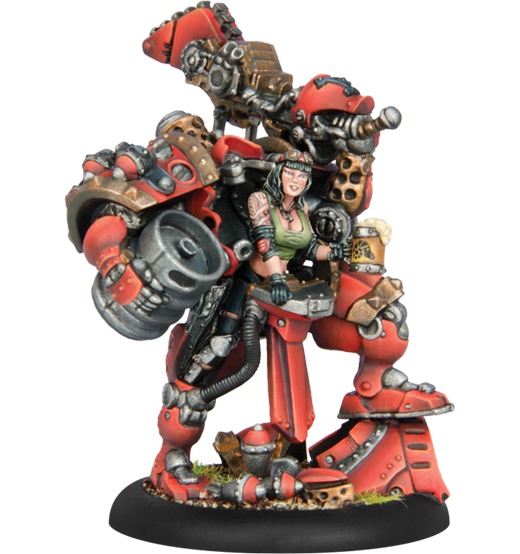