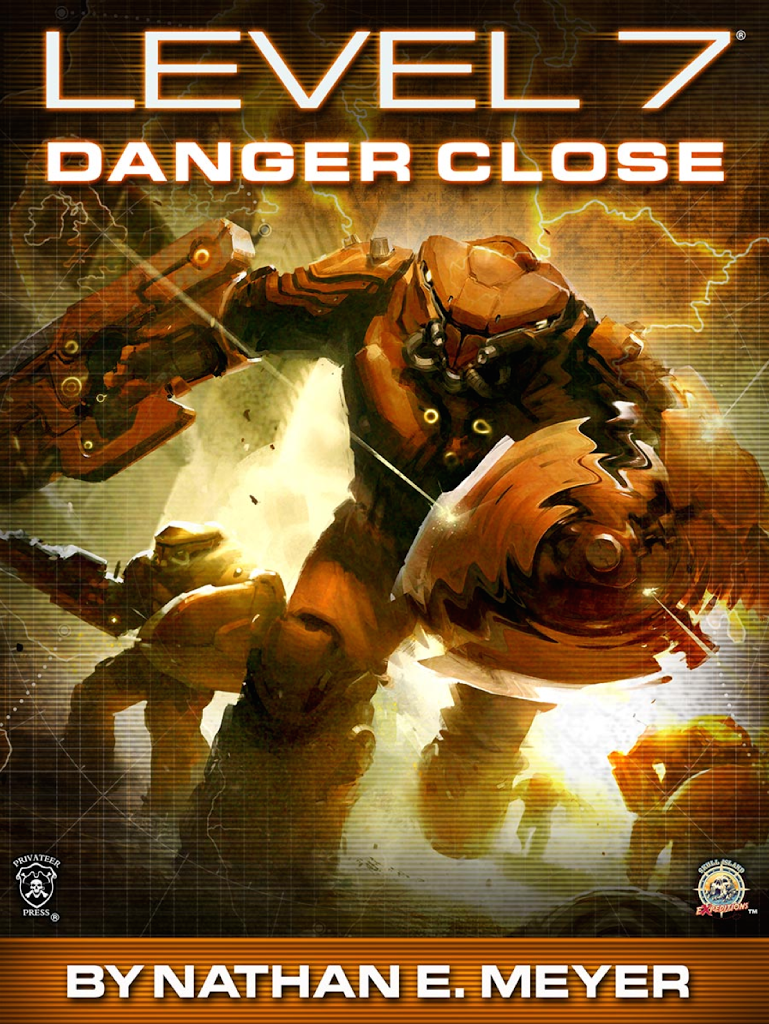 Advertisement
Skull Island Expeditions has released its first entry in the Level 7 universe with a surprisingly entertaining short story of violent contact between humanity and a new alien menace.

Before reading Level 7: Danger Close, my familiarity with the Level 7 franchise was tangential at best. I had a vague notion of the circumstances surrounding the player characters from the semi-cooperative board game, Level 7: Escape, but beyond that it had never really excited me into further pursuit. This is not to say that I did not enjoy Escape, to which the simple truth is that I had never played it or the successor tactical combat soirée, Level 7: Omega Protocol. Consequently, when I sat down with Danger Close, my knowledge of the setting was not what I would characterize as intimate.

Fortunately for me, and most others I imagine, Danger Close, like all Skull Islands offerings, begins with a concise summary of the setting before diving headlong into the story. Level 7 is set in the real world not unlike most urban fantasy settings: a secret world of intrigue and danger hidden away from the eyes of the common person. In the case of Level 7, it is stipulated that a deal is struck between the United States government and a small contingent of alien refugees known as the Ghin that provides the government with advanced alien technology in exchange for the human test subjects they believe are required to help them find a cure for the bio-plague that has nearly annihilated their species. During the events of Level 7: Escape, several of these test subjects escape and reveal the presence of the Ghin to the world. This leads to an immediate and violent break between the Ghin and the United States government causing the Ghin to flee into hiding, selling their technology to the highest bidder in order to continue their experiments.
Danger Close takes place well after these events when a new threat, known as the Hydra, lands the first of their scout teams in a small town in New Mexico. Military forces of the Scientific Advancement Agency, effectively the US government’s extra-terrestrial research division, are dispatched to engage and stop the Hydra using the weapons and technology that they developed via their earlier relationship with the Ghin. Danger Close is the first battle between humanity and the Hydra, who will later act as the antagonist force in the upcoming world-scale board game, Level 7: Invasion.
The short story follows several individuals, starting with a few of those who survive the approach to Dulce, New Mexico: a Ghin-tech hovercraft pilot, an exoskeleton-armored elite sniper, and an air-dropped artilleryman. The other perspective lent is that of a Hydra Secundus, second-in-command of the Hydra recon team charged with going in and evaluating human military response and capability.
I’ll start by saying that author Nathan E. Meyer writes with a confidence of knowledge in militaria, apropos given that he is an Army veteran. While intimate knowledge of the military lexicon is not at all a requirement, my relatively modest volume of familiarity with the subject did grant a certain level of enjoyment that might escape another’s notice. I certainly am not in a position to argue for the authenticity of Meyer’s writing, but regardless, it absolutely feels that way to me. This knowledge begins firmly grounded in real-world technology referenced throughout the story and extends into extrapolations of what could be found used by such forces six years from today.
Meyer’s action is fast-paced and deadly. It becomes immediately apparent that anyone near Dulce is in enormous risk of death, particularly those whose eyes through which we see the events of Danger Close unfold. There is no plot armor in Danger Close, but given the short story’s length of twenty pages, this was not particularly surprising. Meyer’s gallows humor and quick wit are entertaining but not distracting. While it might have been nice to know a little more about those that we follow in the story, I suppose there is only so much that you can cram into a story of such length.
There are a lot of ways to spend a single dollar on the internet these days, but I feel that Danger Close is certainly a more worthy investment than most out there. If you are even mildly curious about the Level 7 setting, I highly suggest that you give Danger Close a read. I walked into this story with relatively low expectations and even lower knowledge of the setting, but I can say that I was pleasantly surprised, and that I am now eagerly awaiting the publication of Nathan E. Meyer’s full length novel set in Level 7 entitled The Judas Protocol, which is due out soon.
Danger Close can be purchase through Skull Island Expeditions, Amazon, or Barnes and Noble for $.99, and it is available in epub, mobi, or PDF formats.