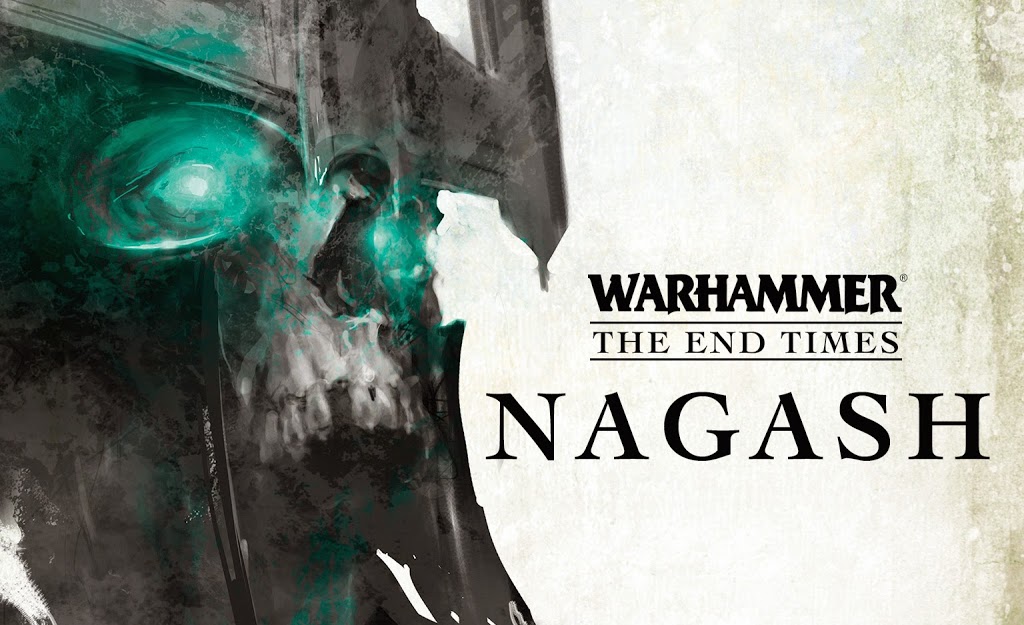 The first volume of the End Times is almost here and it is looking beautiful.  Check out the pretty pictures from Black Library!

The End Times have begun – dark forces long dormant stir once more to bring about the unmaking of the world. In the frozen north Archaon musters his chaotic hosts to sweep south and crush the lands of men, while in the west the Elves turn upon themselves in bloody civil war. From beneath the earth the Skaven prepare to rise up and claim the surface realms, their goal nothing less than the subjugation of the world. However, perhaps most terrible of all, the Great Necromancer Nagash is at long last returning, summoned forth from beyond the mortal veil to extinguish the living and begin an unending age of death.

Warhammer: Nagash is the first volume of the End Times, charting the final great battles for the Warhammer World. Within you will find the epic tale of war and carnage as heroes and villains struggle to decide the fate of the world. This first part of the legendary story follows the rise of Nagash, and his quest to become the god of death.

Also included in Warhammer: Nagash, are new scenarios, monsters and heroes drawn from the tales of these dark and perilous times – including Nagash himself, his servants and Undead Legions. There is a ton of background story and amazing artwork in there. This is the type of grand armybook/campaign-book that makes for a good read, even if you don’t play the armies directly involed as we are getting to see WFB worldbuilding on a scale GW hasn’t tried to pull off in decades.

I think we can officially open the “who’s getting killed” Old World character betting pool… Who wants to start?