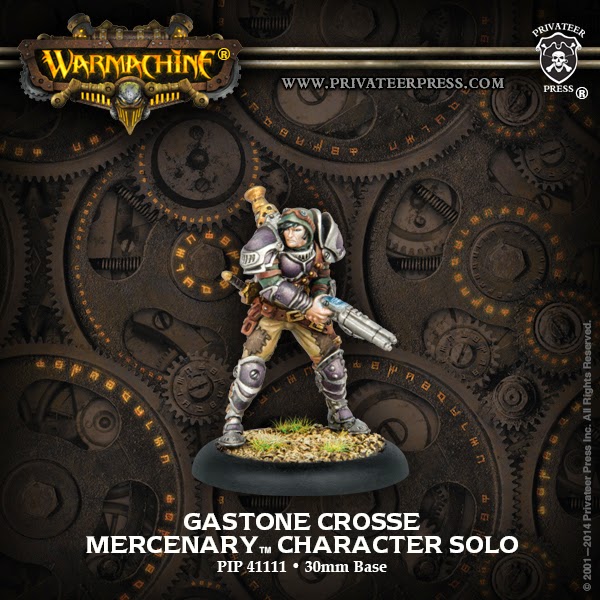 For a solo Gastone’s stats are subpar but he is not an ordinary solo, he is a junior warcaster and when he camps focus can have very respectable stats. He has the best gun of any of the juniors having a ROF two hand cannon called Gypsy Kiss. I would always keep at least one extra focus on him so he can pop of his extra shot each turn. He also has two initial melee weapons although they are fairly lack luster, but when utilizing flank with his jacks makes him have one of the best melee threats of his peers if you can get one of his jacks on the targets first. Both of his spells support his battle groups well having Fire Group giving additional shooting range, and Moving Shadows which is a ranged sprint for to his battle group. Although if he were to use both spells he would only have one focus to hand out leaving him very unable to hand out any focus to his jacks.

Since Gastone has scavenger vanguard lowering the cost of vanguards in his battle group that makes having 1 or two of them a real nightmare for your opponent. Their gun with a boost can put some damage on warcasters or take out key solos, with a long threat range given by Fire group, and assault allowing for some interesting angles and opening up threats your opponent will not suspect. Dodge allows Gastone to be a little more aggressive on the field because if you are being attacked and they miss you can move out of the threat range of the rest of their attacks. Or if they do happen to hit you, just shield guard it away with your Vanguards.

Look under your chair! Everyone gets the Galleon. Well the factions that Gastone works for anyways, Cygnar and Protectorate can now run a galleon along with the stormwall or judicatior. Although it is my personal opinion he works better with a vanguard or a pair of vanguards. I have seen several people try the janky two colossal lists but I find that keeping him alive without a shield guard can be tough.

How can the great Gastone die? You have to watch out for the few backlash options out there because they can sneak up on you. Since his vanguards have shield guard it will take either a whole heap of small arms fire to whittle him down and they have to make sure they don’t miss and he walks away. Or they will have to have multiple big gun shots like from a stormwall and get a little luck. Either way with his abilities and his little guardians the vanguard he is a very stout junior.

~So how does it finally feel to run Vanguards again Merc players?

Author: Ben Williams
Ben Willimans is a Professional Painter and Columnist at Bell of Lost Souls. He has been involved in the hobby and art side of miniatures and the tabletop gaming industry for over 20 years. He has won multiple national painting awards.
Advertisement
Mercenaries Tactics Warmachine-Hordes
Advertisement 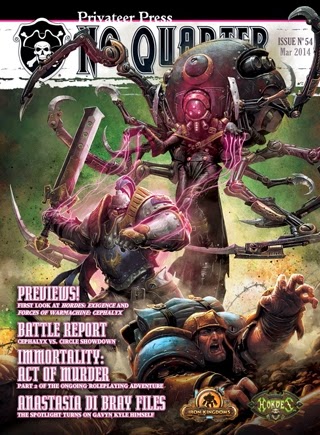