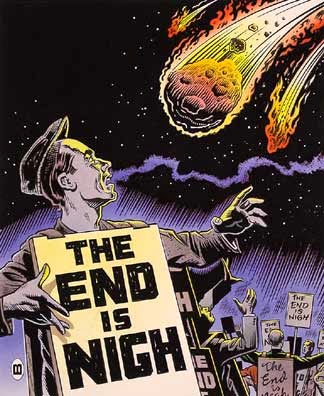 Nagash was only the beginning of the bad news for the Warhammer Old World.  Here’s the latest:

“The Nagash Book is the first of the “Endtime” Expansions Series for Warhammer Fantasy.In October the next Endtimes Book will come. Featuring the Chaos.”

So the talk over the last  6 months has been of Warhammer Fantasy getting a gigantic background shakeup leading into next year’s 9th Edition.  The return of Nagash is enough of a titanic event, and with a Chaos End Times campaign coming up, we will all get to see just how much GW is willing to shatter the Old World before the new edition hits.

I wonder what other uber-power “lost” individuals will be returning to fight for the Old World?

~If you had to utterly devastate a handful of Warhammer nations – who’s on your chopping block?