Its been a big week for Dark Eldar. Get current as we head into the next week.

Week 1 Dark Eldar are here, and already next week’s details are emerging. We have a codex cover!  It is in the same art style and probably the same artist  (Raymond Swanland) as all the other recent codices. Here we see that “Raiders of Commorragh” is the painting guide. That would seem to indicate that the other mentioned book “Dark Eldar: Wyches” is probably the supplemental codex. I would assume it would cover dedicated Wych focused army lists as opposed to the generalist Kabal lists represented by the Dark Eldar Codex. Haemonculi are deranged flesh-sculptors that dwell in the dank bowels of Commorragh. They are master torturers, expert poisoners and dark alchemists that are capable of transcending death itself. Their ability to alter the bodies of their victims to create obscene horrors wrought of flesh and bone is an invaluable dark gift, with many of their creations proven to be essential assets when war is waged in realspace.

This 11-piece plastic kit makes one Haemonculus equipped with an array of deadly surgical instruments and a splinter pistol. His body is born aloft by a grotesquely elongated spine, as he drifts across the field of battle with a macabre elegance, gifting a slow and painful death to all those who cross its path. As attendants and servants to the Haemonculi, each Wrack is an abhorrent example of his master’s surgical craftsmanship, an individual cut apart and refashioned into a walking instrument of torture. Upon the field of battle they will defend their creator with their lives, utilizing all manner of disturbing, exotic weapons.

This 86-piece plastic kit makes five Wracks. Each Wrack can be equipped with a host of weapons, including hooked blades, studded clubs, 1 liquifier gun and 1 ossefactor. There are also eleven heads, including three intended for the Acothyst. This kit also includes two additional sets of arms which allow you to convert one Wrack into a Raider pilot or gunner, as seen in the picture gallery. Week 1 shows up with 2 kits, some hobby accessories, a Black Library novel and no codex.  They seem to be going back and forth on the early codex – late codex pattern from release to release.  I’m still trying to put my finger on exactly why.

Okay, I have the new WD with me.Wracks get a new ranged weapon called Ossefactor. “Each Wrack has access to (…) hooked blades and studded claws, (…) power mauls, (…), to (…)hex rifles, liquifiers and ossefactors”. Power weapons for Wracks! Acothyst can take ECW, Scissorhand, Mindphase Gauntlet. 5 Wracks in a box, 29 eur. 11 different heads inside. Its not a dual kit. This one is interesting. There are bits in the box that allow you to replace the crew of Raiders and Venoms for Wrack pilots and gunners! Plastic Wracks look almost indentical to the Finecast ones. New Haemy is 20 eur, looks like a cross between Urien (he has a syringe) and the old Haemy. No codex yet. Next week “it came from the void”. …The it’s worded in WD, I think it’s ECW, Mindphase and Xhand for Acothyst, while the rest of the gear applies to regular Wracks (It explicitly states that every Wrack can equip a Power Maul) Sign me up for Wrack vehicle crewmen – that’s just COOL!

Hmm, we’ll have to wait and see what the US price is, but $36 (rumored price) seems fairly steep for 10pt. Wracks as they are now in the current codex.  If they got a decent power bump, then perhaps… It looks like 40K chaos fans may be getting a holiday treat!


– 6 Week Release
– 1 week for each chaos god
– 2 weeks for the campaign specific minis
– I would expect the chaos god weeks to include dual-use kits for 40k/wfb (plastic major daemons are most often mentioned)
– The other kits are probably Archaon and his Lieutenants, as we saw with the Nagash wave.
– Fancy End Times bookset of course.
– Starts after Dark Eldar, so Oct 4th.
And the previous stuff from last week:


The book includes, for example (what I know);
-New Archaon Profile
-Cult of Slaanesh for Dark Elves with a new Unit and Chaos Demons
-Chaos Mono-List for Nurgle with Warriors and Demons united
-New Nurgle Chaos Champion (Valnir Aesling?)
-There is a picture with Nurgle Demons and a different looking great unclean one (I’m not sure, new model or convension)
-Some old Chaos Warrior Chars returns (van Horstmann, Arbaal, and Aekold Helbrass)
Ok, that makes more sense.  A giant end of the year Chaos-palooza  with many kits being usable in 40K. Forgeworld
Magaera type Knights are most often used as shock assault units, breaching the most heavily defended enemy positions, while shrugging off heavy weapons fire and self-repairing even devastating weapon strikes in a few minutes. To aid in this role it is armed with a complex lightning cannon, using focussed electro-magnetic beams to vaporise infantry and blast apart armour.
Designed by Rob Macfarlane, the Questoris Knight Magaera is a complete multi-part resin and plastic kit and is available to pre-order now for despatch from Friday 26th September.
Rules for using the Questoris Knight Magaera. Ok, the Ionic flare Shield is pretty amazing.  Getting the combination of the standard Knight shield with the -1,-2 strength is very cool to see on a knight chassis.

Forgeworld Open Day Europe showed off alternative arms for these guys including a giant Volkite weapon.  Look for that in the days ahead. 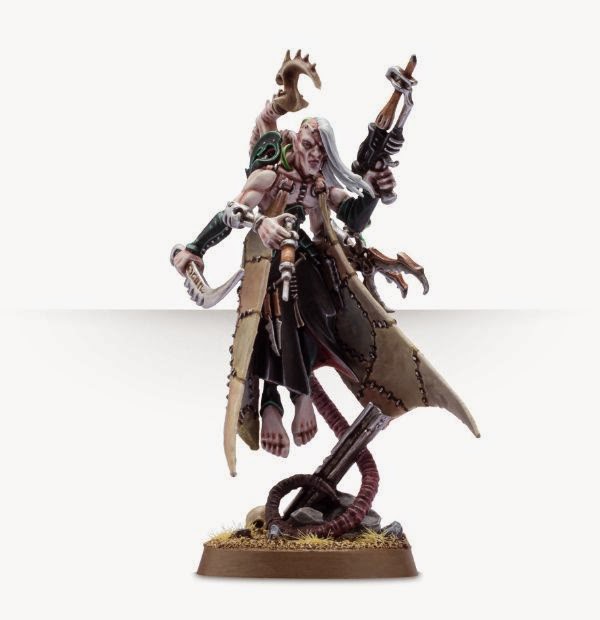