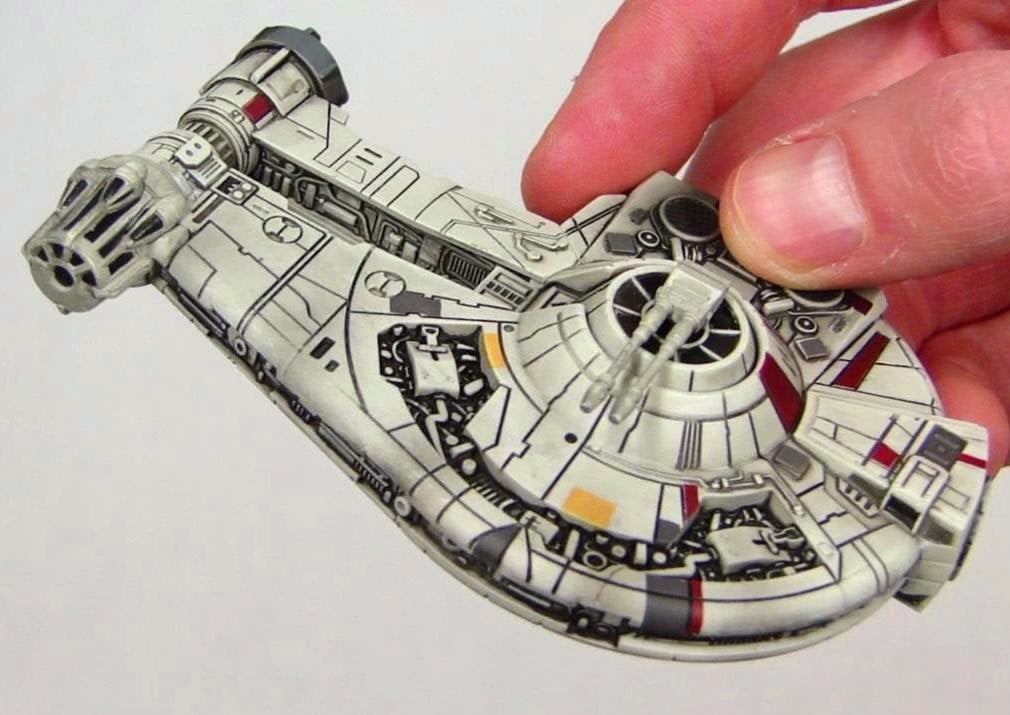 Well if this years X-wing championships is any indication, large ships can play a HUGE role in most dogfight games these days, not just because of upgrades, but because of their ability to box out movement.

That tactic seems to be key to dealing with the Tie Phantom class, along with ion and stress attacks- both of which seem to be a cornerstone of release of Wave 5 the YT-2400 and the VT-49 Decimator. There is of course other cool mechanics included with the ships, like some special agility gaining abilities for the Decimator (because it has 0 agility base), and some special rules to let players do more when touching obstacles. Plus both have a very convenient 360 degree main armament as well! Personally my favorite new twist on this release is to use the Decimator and as a space ram and muck up opponents movements in general while still being able to function as normal and get bonus attacks for both colliding with and being hit by other ships during the movement step. Overall I think those mechanics are just the “spice” to the dish of new releases, as the stress and ion attacks seem to be the “meat and potatoes” that wave 5 was built on.

What will you be playing when wave 5 is released?