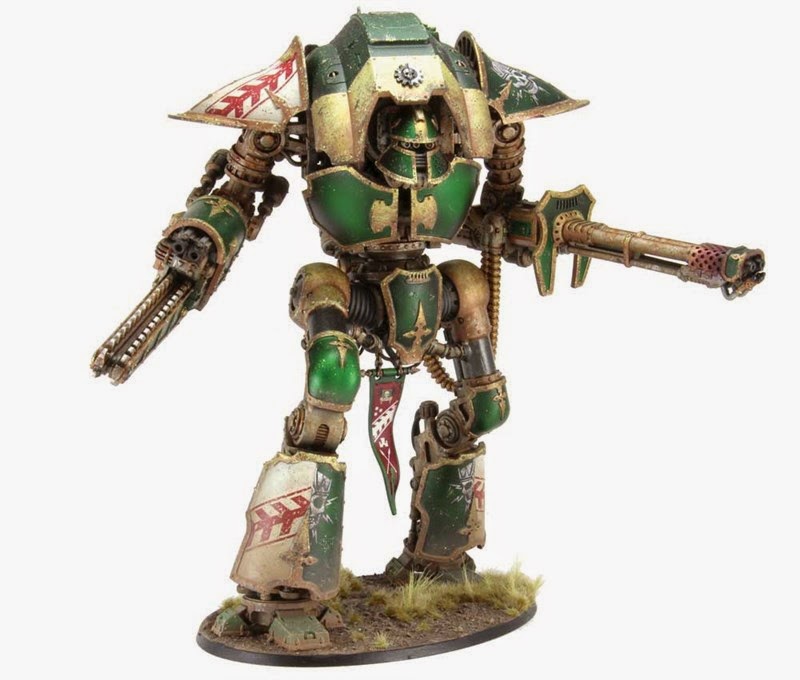 “The devastation wrought by Knights-Acheron is terrifying to behold. Armed with a fearsome reaper chainfist, twin-linked heavy bolters and an Acheron pattern flame cannon, they are employed as weapons of extermination and to inspire fear in their foes. Nothing will sway their attack until the enemy is utterly crushed, never to rise again from the flame-scoured ruins of their strongholds.

The Cerastus Knight-Acheron can be taken as part of a Horus Heresy Mechanicum army, a Codex: Imperial Knights army and as a Lords of War choice for an Imperial faction army in games of Warhammer 40,000.

Designed by Daren Parrwood, the Cerastus Knight-Acheron is a complete resin kit, and is available to order now for immediate despatch.” RULES HERE
Ok, so ruleswise, it’s still a pricy one in points, but at least on this Knight the Cerastus’ extra speed directly helps get that Flame-cannon in range.  Also while you’re up there in the bad guy’s face, that Chainfist with “Machine Destroyer” won’t hurt.  This one’s all risk vs reward.  If you get smoked on your way in, it’s a LOT of wasted points.  If you make it in close, it’s gonna get ugly for the other guy real fast.
~ I like it a lot more than the Questoris
Advertisement