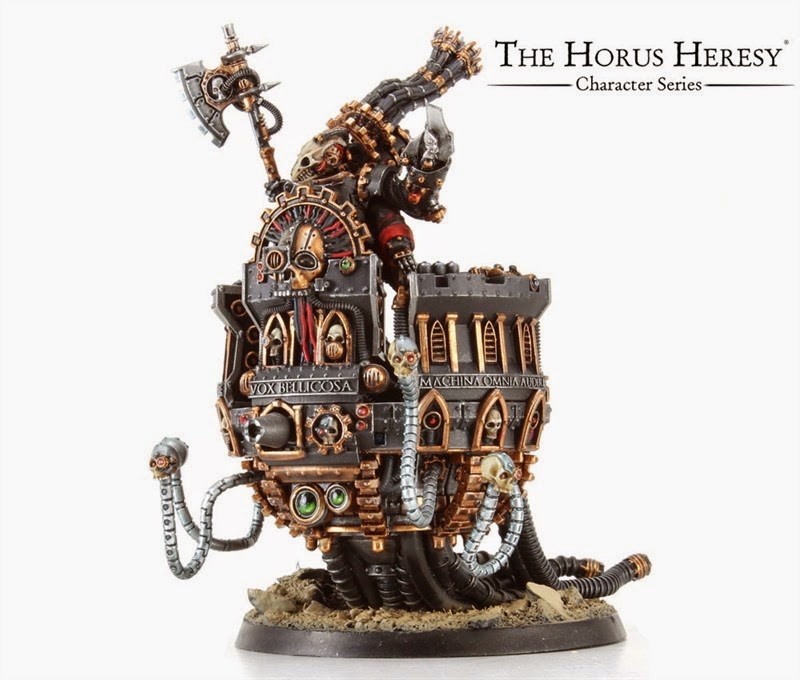 Get ready for one of the coolest and unique characters you’ve ever seen.  Meet Archmagos Draykavac!

The treacherous Archmagos Draykavac had a fearsome reputation throughout the Imperium, thinking nothing of sacrificing thousands of lives to further his knowledge and understanding of the arcane arts of the Omnissiah. When the Horus Heresy broke out, Draykavac revealed his dark allegiance to Warmaster Horus, his loyalty bought with the promise of access to technologies long forbidden by the Emperor.

The latest in our Horus Heresy Character Series, this model also comes with an alternate head that can be used to represent a Magos Prime and an Abeyant to lead any Mechanicum force. The model includes weapon options for the Abeyant: graviton gun, conversion beamer, rotor cannon and meltagun.

Designed by Mark Bedford and Rob Macfarlane, Archmagos Draykavac / Magos Prime is available to pre-order now and will be despatched from Friday 26th September. So if you had to choose between your ride being pulled by thunderwolves, or being pushed by a ton of metal tentacles…