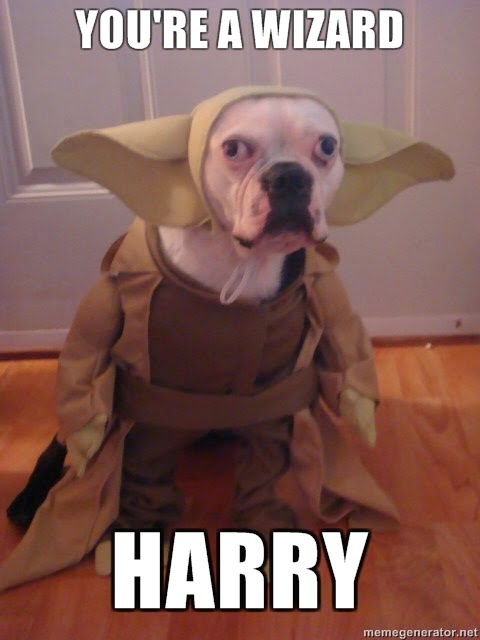 Goatboy here on another Monday morning to talk about the best armies in the game – and WHY!

Let’s look at how lists are starting to get built and really were we might see the field moving towards.

Eldar Hold the Gold Medal
The number one army right now is Eldar.  This book has a lot going for it with a ton of strong options in all aspects of the book.  In fact it is one of the few that can just say screw off allies and continue to win games.  Here are the builds you can expect to see in any competitive event. I bet he also walked 10 miles to school everyday in shorts during constant snow storms with wolves. He probably also has butterscotch candies in his pants.

1. Wave Serpent with a side of Spam – Tony’s NOVA list represents this copy and paste ideal.  It takes everything that is good, takes multiples of them, and continues to crush you under the weight of Math.  I saw this list at the ATC and new it was a rough one for any event to face.  It doesn’t use Psykers so those games where you can’t roll a 4+ to save your life it just ignores.  Plus the pre game is so quick it should finish rounds without any issue.

2. Seer Council/Beast Star – I lumped both of these lists together as I saw a lot of armies with these builds during the Nova coverage.  I really like the no Psyker list one built by Sean as it is just so aggressive.  It swarms an opponent with 2 extreme 2+ characters and has such a big foot print it controls the table top.  Plus it says screw you to the Culexus.  The Seer Council is going to be in for a bunch of pain as the Culexus turns any turn into an Alpha strike without having to go first.  I have a feeling the Beast Star is getting a kick in the pants when the new Dark Eldar book comes out.

3. Wraithknight Armageddon.  This list could become a big threat when we start to look at Double CAD options.  4 sets of Ranges, 6 Wraith Knights, 2 Farseers on Bikes one Mantle of the Laughing God, and I am sure one set of something else.  This list would be rough to see on the table top as it has a ton of options to hurt you. 1. Admantine Lance or as I like to call it – DBag Lance + Ally.  The biggest offender I saw with this was the Lance plus 3 Riptides and min troops.  This army is all about bringing the biggest toys mixed with what used to be the best MC in the game.  Thank goodness 7th took away the O’vesa Star as this army would have just crapped all over the top tables.  The issue with the lance is the nature of having to keep together to allow the free ability to activate.

2. Knights plus Summoning.  I think this list will start to see more play as people start to figure out that what hurts Summoning is their overall lack of punch as they play the game.  Sure they can summon out a ton of crap but if the dice go bad on their powers they don’t do anything all game.  The Knights allow them to field a threat that is hard to deal with and they can continue to generate their army.  A buddy played this and did well so I would think we might start to see this more.  I thought it was strong and allows you to win some of these new missions events are pulling out.

3. Knights plus Space Wolves.  The Knight Character is an interesting option to field with a Wolf Star.  If you place your Iron Priests right they can easily fix the knight when he gets into trouble.  I also think Storm Wolves will be an awesome addition to any knight army.  The newest flyer is extremely Durable as well as troop choice.  I think most Wolf armies can use 2 Knights to easily shore up some of their weakness with a strong and quick aggressive unit.

Daemons Take the Bronze
The next list that can still do well is the Daemon book.  This book has multiple builds and still works off just itself plus maybe an CSM ally.  The death of the FMC list seems to be false as it just changes into a different build.  We have a few lists that seem to work with each one representing different play styles. It’s the cold black Demon Supernatural eyes on that bird.

1. FMC is still alive and well.  The newest build focuses on the Nurgle blend of the army to create annoying units that can overpower the psychic phase with the added ability of generate units while keeping the opponent at bay.  The new Assassin is going to hurt a bit but shrouding is very strong for this type of army.  If double CAD is allowed you might see Bel’akor making it into the list with the added benefit of the Nurgling cheap Force Org tax.

2. Herald bomb utilizing Slaanesh herald to spam out Invisibility/Shrouding.  Slaanesh furies are an interesting choice as they have the ability to hurt a Knight (Str 4 + D6 Rend + D3 = Hull point!).  I think these lists are harder to play but might be worth it when we start to see how competitive 7th edition pans out.  It is still a huge army to get to work right.  Oh – for those wondering how you get that many furies easily – convert Tyranid Gargoyles plus Slaanesh Daemonettes.  This seems to be the  cheapest way to get them as both kits are on the cheaper scale of GW plastic products as both boxes are $29.00 a piece.

3. Screamer Summon star is the final big list.  This all depends on how your local event rules Psychic casting when combining multiple units into one unit.  The Culexus will punch this unit pretty hardcore so we might not see these guys out on the table top.  Still this army will be summoning Plague Drones/Screamers to help cover the objectives in “free” units.

Space Marines Strong at #4
I am going to lump all the Marine books into one set of army choices.  Currently we will see one type of list most of the time – the Centurion Star.  You mix a few characters and add in some Brown Noise super guns and you have the book.  Unlocking the CAD allows you to do a lot of interesting things and hopefully the new Inquisition book will turn off some of the nonsense. Man – I should make an Angry Marine army.

1. Centurion Star with the Character block of doom.  Tiggie, Draigo, Cents, Inquisition then min troops to activate all the parts.  The Centurions are of course White Scars so they have Hit and Run.  This list will float around the board – throwing out a ton of damage.  The Assassin hurts this list as it can come out at an angle to punk out some of the Psykers with its -2 look out sir options.  This list can also feel like Daemons as it relies on a lot of things to go right to be completely abusable.

2. White Scars are still a decent army.  They can field a lot of Grav and has access to the best army rule in the game – hit and run.  In fact on tables with a large amount of terrain they can quickly move, hide, and win the game on the mission points instead of crushing your opponent.  I have some fun builds that utilize a combo of White Scars with Iron Hands to create really annoying blocks of biker units that have FNP and 2 Eternal Warrior characters.  I don’t know how well it will work but it looks decent enough on paper to be effective.

3. The Legion of the Damned are the final piece to an Eldar puzzle the relies on the Serpent.  I think we haven’t seen enough of that Elite/Supplement choice.  For 145 points you get 5 dudes that are fearless, have good Inv Saves, and ignore that pesky 3+-4+ cover save.  They drop in, reroll their scatter and can hopefully take out a Wave Serpent.  This is just my thoughts as an interesting answer to backfield units.

Right now the other armies are in a weird holding pattern as we wait to see how many sources events are going to start allowing.  There are some other army combos that really help the list work out.  The new changes to Artillery really opens up for some crazy things.  If you do some searching you can figure that out with some of the newer armies.  I know there are some FW combos too that might end up changing if the new book for the army comes out.

I think we are on the edge of a new generation of army building and creation.  I think answers to specific builds are starting to come about and it gives me hope that eventually we have an environment that almost everything has a chance.  This optimism might just crush my hopes in the end but 7th edition has not been the death of the game we all thought it was.  Will see if we get an End Times 40k event next year – but for right now I am still excited about the game.

~Who do you think is King of the Hill out there on the Grimdark tabletop?

Author: Thomas / Goatboy
Thomas Reidy, aka Goatboy, the ever-evil member of BoLS. I do arts, play 40k, and even paint a lot of stuff. I have been playing Warhammer 40K since the 1990s, and have won multiple national events including Adepticon and GW GTs. I've been writing for BoLS for 15 years. Look at my Instagram to see what I am working on - or working on for someone. I am always doing something hobby related.
Advertisement
Chaos Daemons Editorials Eldar Imperial Knights Space Marines Space Wolves Warhammer 40k
Advertisement 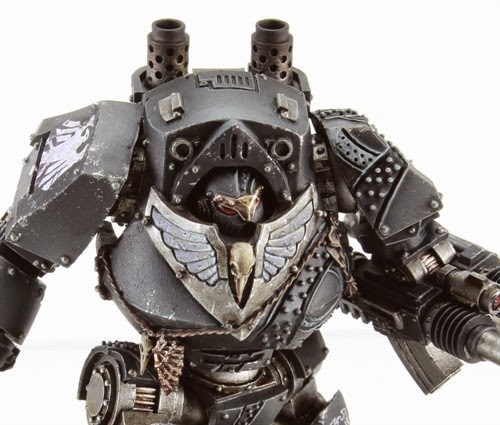