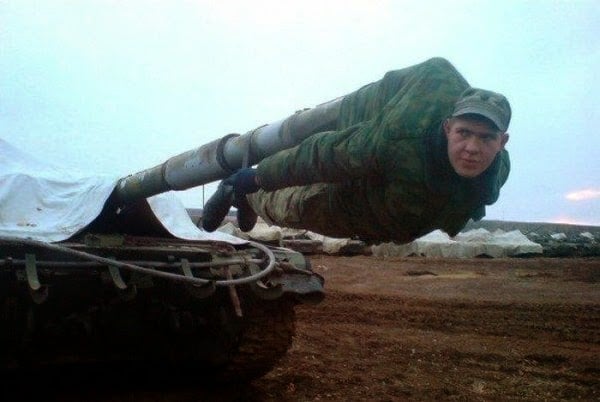 Today let’s talk about some Ork ideas that have some legs.  Orks aren’t the most competitive army right now but that makes winning even sweeter!

Goatboy here again on another wonderful Monday morning.  This last week has been a long one for me – baby classes, end of fiscal month for work, and having my toe fixed.  It got so busy that I had to skip out on my normal blog this last week.  Heck I barely had time to check out the new Dark Eldar pics and even start to think if there is a way to make the DE good without having to rely on their goody too shoes cousin to bail them out.

I would have been talking about those S&M loving space elves but we haven’t had really concrete rumors nor any real rules beyond that Wracks get Feel No Pain now.  No mention of pain tokens, creepy tokens, dancing in the rain tokens, or really any rule information means those guys will have to wait until next week if we get lucky and see a rule book.  That means I have to figure something else out as my weekly tirade of bad English on a soapbox.
Today I want to go over an Ork list that I think might have some legs.  I know – Orks are not the most competitive options right now but that makes it a lot more interesting to play with.  It takes some guts to win with an army that people consider “bad”.  In fact it does feel a heck of a lot more rewarding to play these types of armies instead of the so called “best” lists.  I remember playing with some kind of Janky deck during my Magic heydays and always loving to win with so called bad cards.  Nothing is more satisfying then completely winning with a spoon instead of a submachine gun. To give you a little bit of background this list idea came about from chatting with Ben Mohile and how Alan Pajaman pants built his army lists.  In 6th edition I used the same “rules” combo to create moveable bullet death units and with 7th edition allowing Artillery to move under certain circumstances lets me create some really brutal gun lines.  I decided to combo it with another piece of the Ork pie in hopes to make a really strong list.
This list uses 2 Formations plus a regular Ork CAD.
My Orky Underdog Masterpiece
Formation # 1
The Green Tide
Warboss, PK, The Big Bosspole
Boyz X 10, Slugga – 5 Units
Boyz X 9, Nob, PK – 5 Units
Formation #2
Mogrok’s Bossboyz
Mogrok – Big Mek, Mega Armor – Warlord
Warboss, Da Lucky Stix, Power Klaw
Big Mek, Mega Armor
Big Mek, Mega Armor
Weirdboy, Lvl 2
Ork CAD
Painboy
Gretchin X 10
Gretchin X 10
Big Mek Guns X 5, Smasha Guns X 5
Big Mek Guns X 5, Smasha Guns X 5
Lootas X 12
Da Cunnin Bitz…
The idea of this list is to utilize the Warlord trait that lets me Outflank with some of the big guns if needed.  The trick is that Mega Armor gives you Slow and Purposeful – which confers to a squad giving you basically relentless – which lets you move and fire with your heavy weapons.  This makes it hard to get away from the Ork nonsense as they move up – get in range, and pound you with some of the random offensive weapons.
The Greentide lets you control the middle ground with a large amount of bodies that are hard to remove.  The squad is fearless mixed with FNP and a ton of power klaws.  Even a Knight gets scared with that much Str 8 and 10 AP 2 damage potential.  The squad is also WS 5 as well – so they can easily start to hit other units of 3+ most of the time in combat.
I know a lot of players are messing with the Finkin Cap but I worry most upper levels of tournaments will see a large amount of servo skulls floating around until the new Inquisition book comes out.  Instead of trying for that trick I would instead just use outflank options to get side shots as needed.  as well as get those side objectives.  Outflank confers if one unit has that rule so you don’t have to worry as much about spreading out flank love throughout the army.  The Weird Boy is the oddest one but some of their powers are pretty good – especially if you can teleport around hehe.  100+ boyz moving around the table top could be pretty hilarious.  The +1 Attack and other shooting powers are the best options for the unit.
The Lootas are there to help deal with flyers and other – fast moving options.  Normally you would attack Mogrok to them and outflank them so you can save your Warlord.  Will something like this work?  It seems to be ok on paper and present a lot of frustrating options to your opponent.  In fact that is the biggest thing you need to do with armies now – present hard choices for your opponent.  The best thing is that you can expect no one else to run a list like this.  It fits within the Adepticon army building frame but you would have to change it to make it work for LVO/Nova/BAO etc.
I am still a few months from getting to my own Orks but maybe I can try a play test or two to see if I even have the right idea.  I wish the Mork/Gorkanauts were super heavy vehicles as I think they would kick ass with just that one change.

What kind of luck have you had with the Greenskins?

Author: Thomas / Goatboy
Thomas Reidy, aka Goatboy, the ever-evil member of BoLS. I do arts, play 40k, and even paint a lot of stuff. I have been playing Warhammer 40K since the 1990s, and have won multiple national events including Adepticon and GW GTs. I've been writing for BoLS for 15 years. Look at my Instagram to see what I am working on - or working on for someone. I am always doing something hobby related.
Advertisement
Armylists Orks Tactics Warhammer 40k
Advertisement