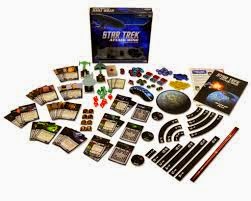 I’m back for part 2 of my look at the Star Trek Attack Wing starter.  Let’s get started cadets! So if you missed Part 1, why not go back and read it now. Caught up? Alright where were we? Ah yes… the Klingons.

The Klingons
The Maht H’a is a decent enough ship. A 28 point cloaker with a strong attack and a decent Hull Value of 5. It has a low agility, but I think Hull is really important on cloaked ships. It’s more forgiving. If you flub a defense roll you can always de-cloak and bring shields back on line. The Maht H’a’s ability to deprive an opponent of an attack die when they’re firing at you in range band 1 gives it a little more survivability too. But there are other Klingon ships with better abilities. The Maht’Ha won’t let you down but once you start to expand your collection you’ll probably find yourself using it less and less. The generic Vor’cha class with it’s mighty Attack of 5 can be a bit more useful later on, since it’s 2 points cheaper. And it only loses a shield which doesn’t matter as much to a cloaked ship anway.

There are only two Captains for the Klingons in this set, Nu’Daq and a generic who won’t require any explanation. Nu’Daq’s ability of letting you change a Battle Stations result into a hit makes him a decent enough captain. There are much better ones out there, but at 3 points, Nu’Daq is cheap enough to potentially squeeze into a lot of lists if you need just a bit more hitting power.

There are two Klingon Crew to look at. First up: Klag. Remember last article when I was talking about Miles O’Brien and I said there are lots of cards that let you disable other ship’s upgrades? Well Klag is a great card to compare to Miles. Klag may only mess other Crew Upgrades, only against ships in Range 1 or 2, only against ships that are not cloaked, and additionally must disable his ship’s shields and spend its action to do this. However Klag does force the card to be discarded, rather than just disabled, so once it’s gone, its gone. Klag’s buddy Konmel can repair 1 of a ship’s shields as an action, provided the ship isn’t cloaked. This is especially helpful for ships with the Cloak Action since at least one active shield is required to cloak. At 4 points though, this guy is kind of costly for crew. I kind of think of this action as a superior evade. An evade will automatically block a single hit, and bringing a single shield back online is a lot like automatically blocking a single hit. Only if your opponent misses you completely is it better than a simple Evade. Or of course, if you’re outside their firing arc. Now for the Klingon Tech Upgrades. With the Advanced Weapon System keeping your Cloak Token on it’s green side you can fire and your opponent still won’t be able to get a weapon lock on you next turn. Then you will still be cloaked while making a weapons lock of your own – or whatever other action. I think it’s a bit costly for 5 points though. The Tractor Beam seems equally unhelpful. Roll 2 attacks, against a ship in range 1 or 2. Any hits scored deny it a defense die. So… what if I just miss my Tractor Beam attacks? I could have done a target lock as my action and re-rolled all my missed primary attacks. I guess if you trust your dice to roll hot all the time it might be the card for you. Seriously though, the point seems to be to set up an attack for another ship. Since you can use the Tractor Beam against enemies outside of your front arc, it gives a ship that can’t shoot something helpful to do.

The Klingon Photon Torpedoes that come in this set are perhaps the most useless Attack Wing card to exist. Like most weapons in this game, a Target Lock must be spent to fire them. For your trouble, the torpedoes will let you roll an extra attack die, but only from a Vor’cha class ship. At least that’s the kind of ship that comes with the set. If these were free, I might consider using them if I was feeling lucky. But I’d rather just spend the Target Lock as, y’know, a Target Lock and get to re-roll all my misses. With 5 dice out there, the re-rolls are almost certain to net you more successes than a single extra die. But again, if you’re the type to always roll hot… Or you could try putting them on one of the cheap Klingon ships with only attack 3. But whichever way you use them, are they really worth 5 points? Can someone explain these things to me? The Romulans
That brings us finally to the Romulans, and the I.R.W. Khazara. It’s a fairly durable ship with 2 base agility and, of course, the ability to cloak. It makes up for it’s low Attack value of 3 with a special ability that will give it an extra attack while cloaked. Like the Galaxy Class, this ship can actually pull a Reverse – although it is limited to a 2 Reverse. It also has room for lots of upgrades: three Crew, a Tech, and a Weapon.

Romulan Captain Toreth comands the Khazara. She will help you out by changing a hit into a critical. When I was first looking over the starter, Nu’Daq seemed to be a better choice. More hits will blow the ship up faster right? But once I’d played a bit and seen those Damage Cards in action I started to think otherwise. Additionally Toreth’s Captain Score of 7 is as high as it gets for Romulans right now, so she is great to have around for pure Romulan builds. And she can take a talent, which is good, since the Romulan Talent that comes with this set is great.

That Talent is Counter Attack, and it’s the sort of card you’d consider buying a second starter to double up on. Sure your friends might let you copy it for a casual game, but that won’t fly in actual Organized Play. The replicators are malfunctioning! Anyway, this card is pretty self explanatory. If another ship damages the one upgraded with this card, you get to shoot back at it. You can do this once per turn (I’m basing that once per tun part on the BGG Attack Wing FAQ thread) and you have to spend your action on it to set it up. Maybe I’m over estimating it’s value, but seriously people, we are talking about a whole other attack here! This is the sort of game where you want to roll as many attack dice as you can whenever you can.

Think about it. The Romulan Plasma Torpedoes that come with this set cost 5 points and will let you make a 5 dice attack with a re-roll one time. The Counter Attack is only made with your base attack value, but it only costs 3 and it doesn’t go away. And you can always stick this card on a ship with a higher Attack Value than the Khazara’s 3. I mean the Scimitar is supposed to be coming out in October. That thing better have at least a 5. There’s only one downside: you can only use it against ships in your forward arc. So if you were already hatching plans to stick this one on your Borg Cube you can forget about it. A ship with a 360 arc has no forward arc.

The Romulan Crew upgrades aren’t particularly exciting. Let’s see…as an action N’Vek will let you disable a shield to add an extra Attack Die this round. Wouldn’t you rather just keep the shield active and spend that action on a Target Lock? I guess if you already had a Target Lock going that could be alright. And of course there’s another weird thing to consider. A ship with no active shields can’t Cloak, and disabled shields can’t be destroyed. So if you used his action to disable a shield, and your ship took a pounding wiping out the rest of your shields, then in the End Phase you would be able to reactivate the shield N’Vek disabled and still be able to Cloak as your action next turn. Or use him again. Of course if you have no shields to disable, then N’Vek is useless. Bochra might be just a bit more useful. He’s completely identical to Klag from above.

~So that finishes off the starter. I’ll come back soon with another article on one of these expansions I’ve bought. I can’t believe I’m already up to nine of them. So what do you think Attack Wing players? Do these starter ships still get the job done for you?

Author: Ben Williams
Ben Willimans is a Professional Painter and Columnist at Bell of Lost Souls. He has been involved in the hobby and art side of miniatures and the tabletop gaming industry for over 20 years. He has won multiple national painting awards.
Advertisement
Star Trek Star Trek Attack Wing WizKids
Advertisement

Wargaming: And the Top 5 Games are... 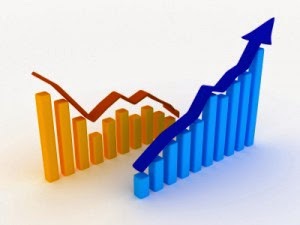