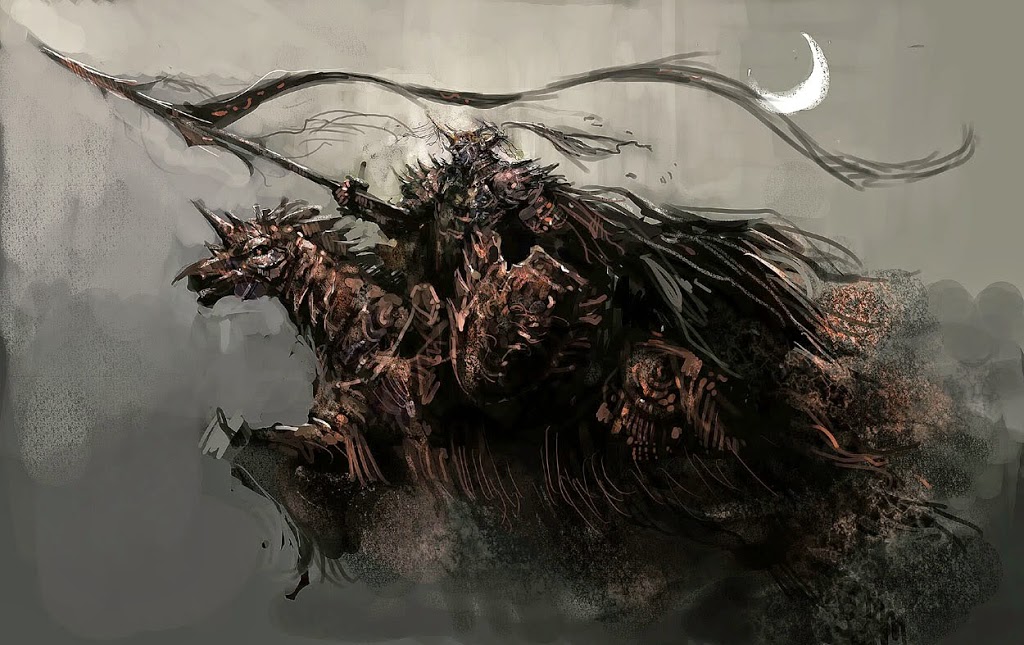 Nagash had brought Warhammer Fantasy an entirely new army to play.  But how scary is it?

Hey guys, just a quick article here about how I’m going to incorporate some of the new Undead Legions rules to my existing Vampire Counts army.

The Big Changes
Here are some of the big things to take note of:

If you guys haven’t figured it out already, this unlocks a huge new can of worms that the Old World is not ready for.  Just when you think it’s bad enough that some of their greatest heroes have fallen, the world is in ruins and they’re being bombarded by Undead and Chaos at all sides, what more can go wrong?!

Here is Where it Goes Wrong

Tomb Kings can now march with your Vampire Lord right?  Both Lore of Nehekhara and Lore of Vampires can be used on all Undead units right?  Bring on the movement shenanigans!  If anything WHFB has taught me over the years is that these slow-moving, corpse-ridden undead guys sure can move when you want them to.  Between Incantation of Desert Winds and Vanhel’s Danse Macabre, you can move your entire army into your opponent’s backfield soon after you deploy.  Why?  Because there is no more restriction which Undead units are affected by these spells.  Incantation of Desert Winds is a signature spell that was built into the TK lore to make up for the fact that TK could never march before.  Now that every Liche Priest and their mother can take it, you have a grave decision to make when your opponent wants to cast this spell.  On a 8+ augment Undead (was Nehekaran Undead) units within 12″ can immediately make a normal move as if it were the Remaining Moves sub-phase.  You can extend this to a bubble 24″ on a 16+, but that might be out of the realm of possibilities for a Lv.1-2 supporting Liche Priest.

Now think about this for a second:  Your entire army just marched, and now it can move again?  What happens when you get off VDM (Vanhel’s Danse Macabre) on a bubble 12+?  If that goes off, every Undead unit within 12″ can now make another 8″ move followed by re-rolls to hit until the next round of magic.  If you think Wood Elves are fast, or Slaaneshi Daemons, think again:  Undead are the new masters of movement and they do so with basic spells, one of which is a signature spell that every Liche Priest can take, and VDM with Book of Arkhan (BS PL3) from a Necromancer.

Sure, sure, but we can dispel that right?  Of course you can, but that’s the beauty of it all.  For a spell like Incantation of Desert Winds, it just became questionable to a must dispel lest you want Terrorgheists screaming behind your units.  This level of magical commitment forces your hand and there’s a possibility that it won’t be enough to stop it all.  The fact that this is available on every wizard in the TK army means that you will always have it in your arsenal.
What happens when you combine an army with re-roll hits via VDM with Incantation of Righteous Smiting?  You have a dramatic increase in damage potential as your army is now capable of re-rolling hits with +1 attack.  Both of those can be stacked and both of those can be cast in a bubble if you so desired.  With Tomb Guard and Grave Guard benefiting huge amounts from these magical effects, it’s no wonder that they stayed in different books.  If you think that’s rough, think about what happens when you cast Hellish Vigor on a unit in combination with Incantation of Cursed Blades?  Your Skeletons now gain re-roll wounds and the ability to Killing Blow!  Throw this onto your Grave Guard and you now re-roll wounds and KB on a 5+.  If that’s not crazy, I don’t know what is.
It Only Gets BETTER!
When you throw magical items into the fray, things get even more ridiculous.  Incantation of Vengeance is a hex that not only reduces the movement’s by D3, but it treats all terrain as Dangerous Terrain so everyone has to test if they move.  Combine this with Rod of Flaming Death (BS PL3) and the unit will take an immediate S4 hit on every model if it moves.  More interactions can be Death magic’s lovely Soul Blight with Incantation of Desiccation that’s essentially the same thing, but a possibility of a stronger, more expensive to cast -D3 S/T version.  As we already know, Incantation of Smiting is a great spell because of the +1 attack it gives, but when you combine this with Staff of Damnation (BS PL4) and its ability to give Extra Attack to every Undead unit within 6″, things get really ridiculous if these spells start flying out.
Alright, enough about spells, I get it.  What more do the armies have that can help each other?  Well, think about it like this for a sec:  A lot of these items never interacted with each other before and certainly not on a competitive level.  I frown upon the decision to put something like Golden Death Mask of Kharnut (TK magic item) together with a unit with Screaming Banner (VC magic banner).  Your model now causes Terror, all enemy units within 6″ of the wearer cannot use their general’s Inspiring Presence or their BSB’s Hold Your Ground rule.  Screaming Banner requires that enemy units in combat with the thing roll an extra dice for a fear test and discard the lowest result.  Add in the already existing fear-bomb that VC have such as Fear Incarnate (successful fear tests must be re-rolled) and Aura of Dark Majesty (-1 Ld aura), and you have something much greater.  Although seen as a gimmick by some, other armies are not as fortunate because they don’t have plentiful ITP units.
Another popular unit being talked about is the Necrotect.  For a very affordable price in your hero slot, you are able to grant any unit Hatred.  Slap this in a unit of Great Guard with Banner of Barrows and you’ll be hitting things with re-rolls with +1 to hit.  If that’s not enough for you, add in a Tomb Prince or Tomb King special rule My Will Be Done! and give your WS to the entire unit.  WS5 or 6 Grave Guard will hit most things in the game on 2s, wound with 2s.  Slap on some of the magic spells we talked about earlier and things get out of control.  One of the other rules that that Necrotect lends the army is his ability to give Undead Constructs within 12″ range of him a lovely 6+ Regen.  This doesn’t seem like a lot at first, but then you apply the Mortis Engine’s ability to improve Regen saves and your perspective changes a lot.  For your opponent, this changes in a very bad way as most armies already struggle with T8 Necrosphinx, and now they have freakin’ 5+ Regen and take 2 less wounds from losing combat if you have a BSB nearby.
Lastly, expect to see a Casket of Souls in every list.  Not only does it work wonderfully with the whole scream-machine that VC tends to throw out every now and then, but it supplies a lovely +D3 PD to the army.  Combined with something like Black Peripat and maybe the Mortis Engine’s +2 to cast for Lore of Vampires, you might just dominate the magic phase.

Fear Nagash’s Army!
Just how powerful is all this?  Aside from the movement shennigans, I’m pretty sure it’s going to be very powerful, but not unbeatable.  I’m not going to get into all the crazy Mortarchs just yet, but this should be enough to get the gears in your head moving.

Who has gotten a chance to play some Nagash games on the tabletop?  What do you think denizens of the Old World?

Goatboy's 40K: Will THIS Balance the Game?! 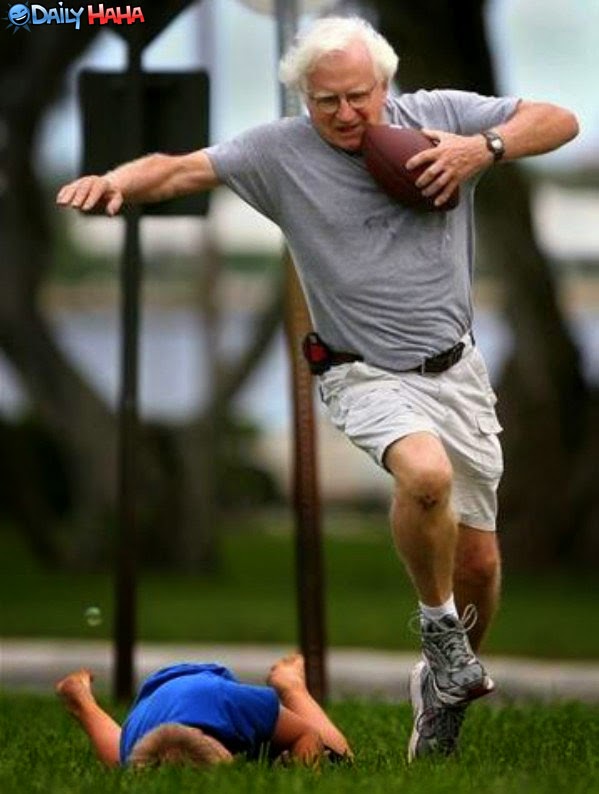