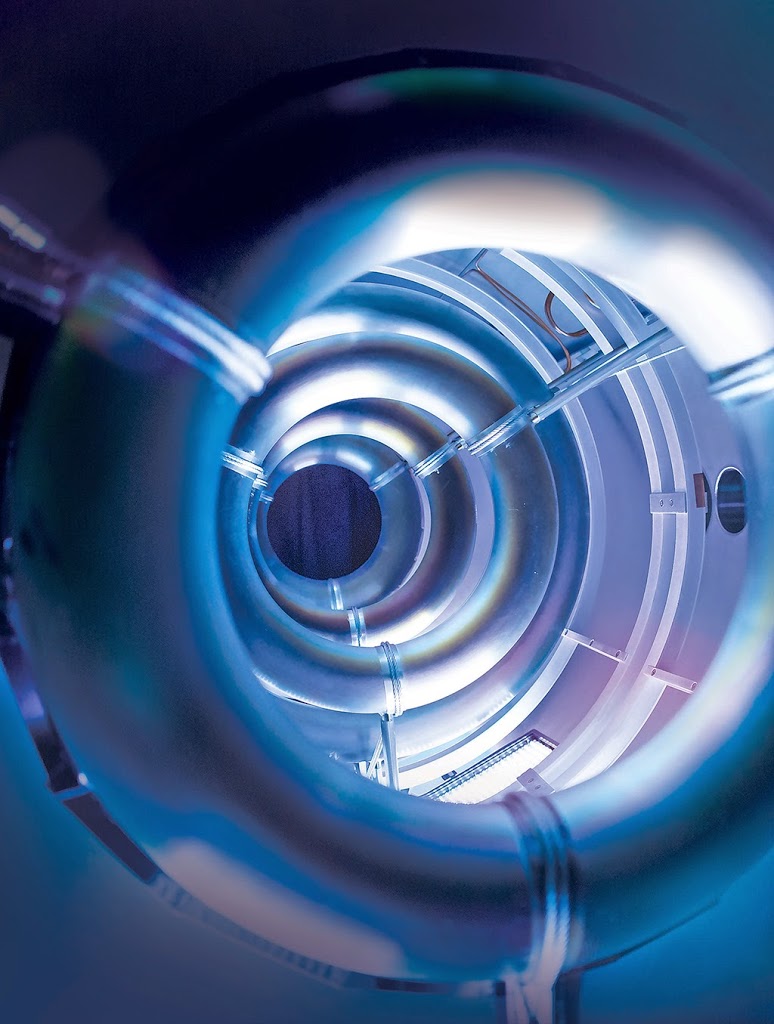 WOW! Look at what Lockheed Martin says they will have to change humanity in 10 years. Hidden away in the secret depths of the Skunk Works, a Lockheed Martin research team has been working quietly on a nuclear energy concept they believe has the potential to meet, if not eventually decrease, the world’s insatiable demand for power.

Dubbed the compact fusion reactor (CFR), the device is conceptually safer, cleaner and more powerful than much larger, current nuclear systems that rely on fission, the process of splitting atoms to release energy. Crucially, by being “compact,” Lockheed believes its scalable concept will also be small and practical enough for applications ranging from interplanetary spacecraft and commercial ships to city power stations. It may even revive the concept of large, nuclear-powered aircraft that virtually never require refueling—ideas of which were largely abandoned more than 50 years ago because of the dangers and complexities involved with nuclear fission reactors.

…The early reactors will be designed to generate around 100 MW and fit into transportable units measuring 23 X 43 ft. “That’s the size we are thinking of now. You could put it on a semi-trailer, similar to a small gas turbine, put it on a pad, hook it up and can be running in a few weeks,” McGuire says. The concept makes use of the existing power infrastructures to enable the CFR to be easily adapted into the current grid. The 100-MW unit would provide sufficient power for up to 80,000 homes in a power-hungry U.S. city and is also “enough to run a ship,” he notes.

This is the real science fiction stuff that folks were taking about in the 1950s. Apparently Lockheed is looking at a real breakthrough in size and power output with this breakthrough design, by at least an order of magnitude compared to the previous soviet derived fusion reactor designs.
~Get on it science fanatics!
images credited to Lockheed Martin

Author: Larry Vela
Dad, Gamer, Publisher, Pilot, Texan. All games all the time since junior-high. I started BoLS Interactive in 2006. I’m a lifelong tabletop & RPG gaming enthusiast, and internet publisher working to entertain and inform my readers every day. I've been playing RPGs and Tabletop Games since the 1970s. I'm been playing and covering Warhammer and Warhammer 40K for over 35 years.
Advertisement
Pop Culture Science & Tech
Advertisement