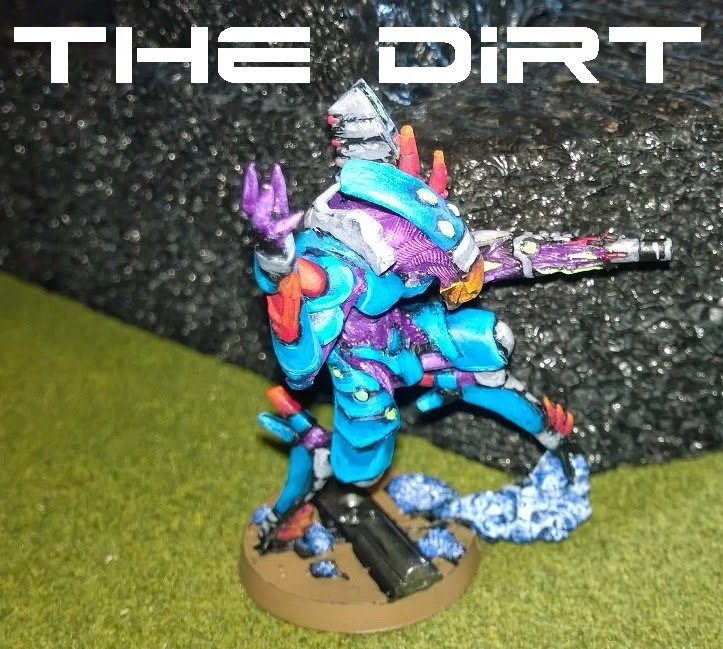 Infinity 3rd Edition is an Infinity of a different color.  So many changes announced, and the book is not even out yet!

For new players, there is no better time to get into Infinity then when 3rd edition drops.  Rules and strategies that worked in 2nd edition will change just enough that everyone becomes a novice again.  While veteran players may be able to absorb the new rules quicker, new players will have the benefit of not having to forget additional rules from 2nd edition..

This article is not an overview of every rule change.  I want to start the focus on just two changes, both of which will effect veteran players in the most basic way.  In future articles, even without the 3rd edition rule book, we will continue to increase the experience level with which the rule would be associated with.

What may seem like an incredibly trivial change is the way in which distances are measured.  In second edition measurements were from center base to center base.  The change in 3rd edition is that it is now edge to edge of base.  When measuring to move, this change is irrelevant.  No matter where you begin measuring to move, if you start and stop on the same place of the model, there will be no difference.  However, when measuring for firing purposes, in conjunction with weapon range modification differences this is a huge deal.  To illustrate this point, lets use an aragoto biker with boarding shotgun and a ariadna volunteer with a rifle, that have ended up in the following position.

In 2nd edition, measuring center of base, we see that the models are over 8 inches apart.  From a weapons range modification stand point, the aragoto biker would fire with a zero modifier, and the line kazak would have a +3 modifier.

In 3rd edition, without changing the position of the models, by measuring the front edge of each base, we see that the models are under 8 inches apart.  This would mean a +6 modifier to the aragoto biker and a 0 modifier to the line kazak.  The difference between 2nd and 3rd edition in this example is a 9 point swing.  While it represents an extreme case, veteran players are going to have to retrain their brains when calculating distances.

A side effect of this measuring change: The board becomes smaller.  Not by a lot, but starting at the edge of my deployment zone, in one 4-4 movement, I may have made it difficult for Missile Launchers to get a positive distance modifier.  Weapon variety will play an even bigger role in 3rd edition.


The Skinny – Loss of Lieutenant not so Harsh

In 2nd edition, Loss of Lieutenant (if you were not Morats or a heavy religious army) meant that you had 2 orders to spend, and you had to spend 2 orders to assign a new lieutenant.  Veteran players, who were well versed with army lists, have a greater probability to determine the opponent’s Lieutenant.  This made hunting the Lieutenant a devastating strategy for veterans to take advantage of.  Veteran players could over extend their miniatures with very little fear of reprisal since their opponent effectively lost their turn.

In 3rd edition, LoL (Loss of Lieutenant) uses the following chart to determine what sorts of orders each surviving miniature generates. In a worst case scenario, each model will be left with an irregular order (meaning the model gets to spend the one order it generates) and the army in LoL gets to assign another model as the Lieutenant at the beginning of the next turn.  This means that a player cannot suffer the Loss of Lieutenant effects two turns in a row.

A side effect of the LoL changes: Another reason the 2nd edition version of this rule was so crushing is that official ITS Tournament missions were limited to 3 turns.  Losing one of those three turns crippled your chance to succeed at objective based missions.  If ITS 2015 continues the three turn format, each round should feel as though your troops are more survivable and minimize lopsided matches.

The Dirt – This is Just the Beginning

These two are super basic changes that will impact new/veteran players.  Wait until we start getting into much deeper rule sets like Hacking, Close Combat, and Camouflage all of which have such a distinct strategic difference that Infinity will feel incredibly fresh again.

I had to add this.  The CSU miniature from Operation:Icestorm painted up as Daphne from Scooby Doo.  Just awesome.

So that’s the news, the skinny, the DIRT on the just the BEGINNING of why the ground will be leveled for new and veteran Infinity players and why jumping into 3rd edition will be advantageous for new players.  Special thanks the Russ for providing photos for this article.  As always find me here, my YouTube Channel, or drop me a line or Infinity photos at my new email address [email protected] . 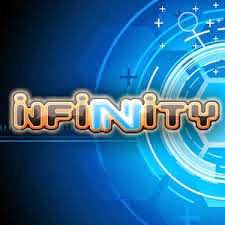